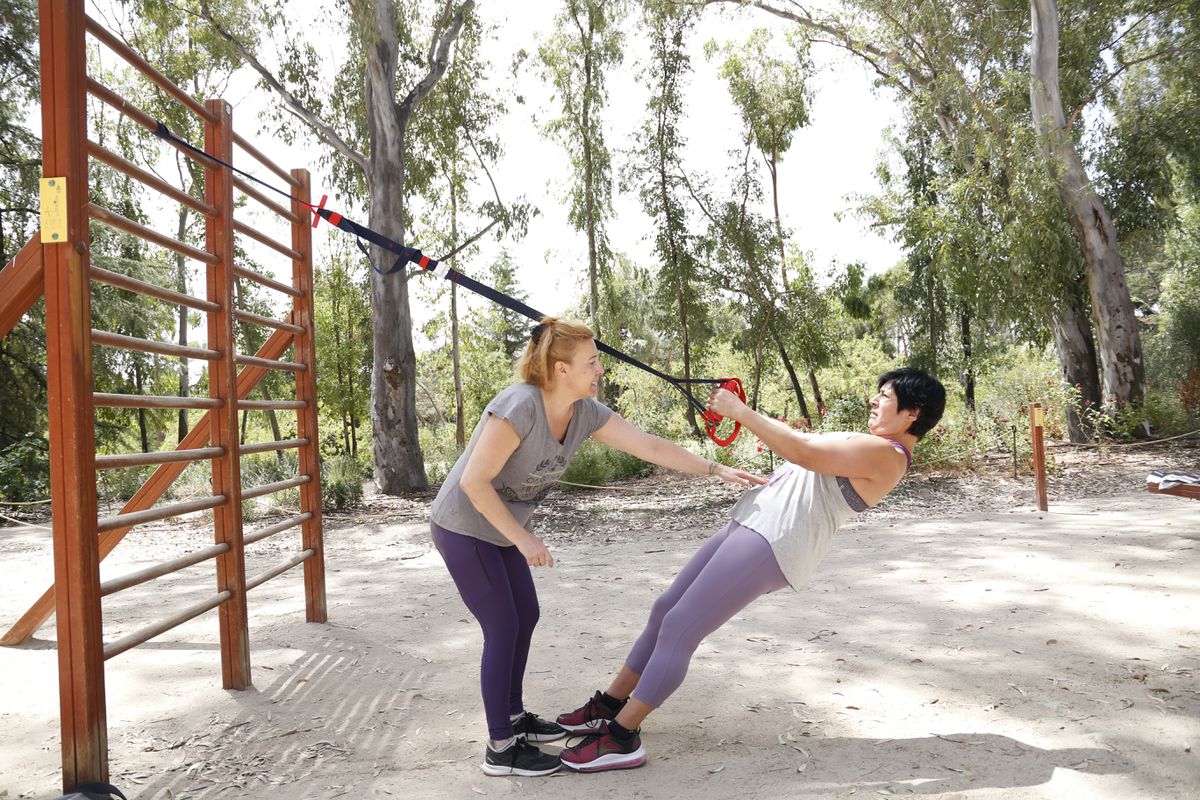 A study published in May on the genetic risk of dementia and the influence of lifestyle habits and prepared by researchers at the University of Mississippi and University of Texas Health Centers, reveals something neurologists already suspected: No matter how high a person’s risk of Alzheimer’s is, improving their lifestyle can significantly reduce it. These good habits are usually recommended primarily by cardiologists, but it is becoming increasingly clear that they also serve to prevent other problems; in this case in relation to brain health. The seven simple habits of lifeThe simple seven of life These are eating a healthy diet, not being overweight, not smoking, being physically active, controlling cholesterol and blood pressure, and lowering blood sugar.

The two universities, along with John Hopkins, the University of Minnesota and the University of North Carolina, have followed more than 11,000 people for nearly three decades (from 1987 to 2019) when the participants were between the ages of 45 and 65, as explained by Adrienne Tin, a professor at the University of Mississippi and principal investigator on the study. The consulted neurologists highlight the size of the sample analyzed and the follow-up period, but agree that the study’s conclusions “confirm what common sense says: that if you lead a healthy lifestyle, you are even at risk of contracting a disease.” developing Alzheimer’s, this risk decreases,” summarized the spokesman for the Spanish Society of Neurology, Guillermo García Ribas.

Pilar Sánchez Alonso, Specialist in Movement Disorders and Neurodegenerative Diseases at the Puerta de Hierro Hospital Neurology Service, explains: “Amazingly, we have fewer patients with Alzheimer’s than we would have expected 30 years ago. And that without treatment. The reduction in vascular load, which is the only thing that has changed over this period, has caused forecasts to drop by about 20%. This study does something very specific, which is to relate the risk of developing dementia to these seven factors.”

Yes, these habits must be adopted in middle age: “It’s not worth starting at 70, you have to do it at around 40 or 50, then you start accumulating damage in the brain,” warns Sánchez Alonso, adding : “The most important things you can do is to exercise, not to be sedentary, not to smoke, not to be overweight and, if you have high cholesterol, to take the necessary measures. All the things we normally do.” hearing is important for the heart, it is also important for neurological diseases and especially dementia. And please lead an intellectually active life.”

The results of the study may be encouraging for those concerned about a history of dementia, as neurologist García Ribas explains: “Many relatives, children of people with this disease, often ask if something can be done. This study tells us that by living with a more appropriate diet and avoiding vascular risk factors and tobacco, these people are less likely to develop Alzheimer’s, even though they have a family risk brain for the age when it is due,” adds the Puerta de Hierro neurologist.

Although these recommendations can be useful for everyone, since the study relates to people who are at high genetic risk, it is necessary to clarify what exactly this risk is. According to Sánchez Alonso, “Only 5% of Alzheimer’s diseases (the most common form of dementia, which can account for between 60% and 70% of cases) are hereditary, with a mutation being passed from parent to child. If a parent was diagnosed at age 52, it may be Alzheimer’s disease that the child will inherit. The other 95% of cases are due to multiple genetic factors that combine to pose a risk. This means that in most of these cases, “the sum of many things comes together,” he emphasizes.

This means that if one parent has Alzheimer’s by age 85, the child is more likely to develop the disease later in life than someone with no history, but the risk will be higher. “If he also smokes, doesn’t exercise, has high blood pressure… and that can be changed. That’s the important thing about the study, which says that even if you have genetic factors that are risk factors, you can eliminate and reduce all other risks. With the same genetic risk factors, you have fewer diseases if you change everything else,” explains the neurologist. The American researcher agrees: “Genetics alone do not determine that a person will eventually develop dementia.”

The study focuses on the risk of having the APOE protein. “If you inherited an APOE 4 from your father and an APOE 4 from your mother, you have a two to five times higher risk factor of developing the disease compared to the general population, but that doesn’t mean you will have it.” it. For example, if you have two APOE 2s, you have a lower risk than someone who has two APOE 4s,” explains Sánchez Alonso.

García Ribas clarifies that “the peak incidence of this disease is around 75 or 80 years, but not all people who reach that age will have cognitive impairment or Alzheimer’s.” According to the Spanish Society of Neurology, About 40,000 new cases of Alzheimer’s are diagnosed in our country every year. Between 3% and 4% of the population between the ages of 75 and 79 are diagnosed. For those over 85, the figure reaches 34%, and almost 40 in those over 90 years. Corresponding a report from the Ministry of Healththe number of people affected by Alzheimer’s in Spain exceeds 700,000 people over 40 years old.

The next step for researchers who have reached these conclusions is to look at the social aspect of dementia. As Tin explains, “social factors can help people improve their seven habits, such as access to healthcare and good nutrition in their neighborhoods.” Neurologist Sánchez Alonso agrees that access to education can also help people adopt better lifestyle habits: “We’ve gone from populations with little study to populations that are educated, and that’s a factor we’re driving could call it protects against diseases. It’s hard to measure and show in one study, but given the same burden of disease in the brain, populations with fewer studies have symptoms much earlier.”