The RFEF is reorganizing its national committees to give “new impetus”. 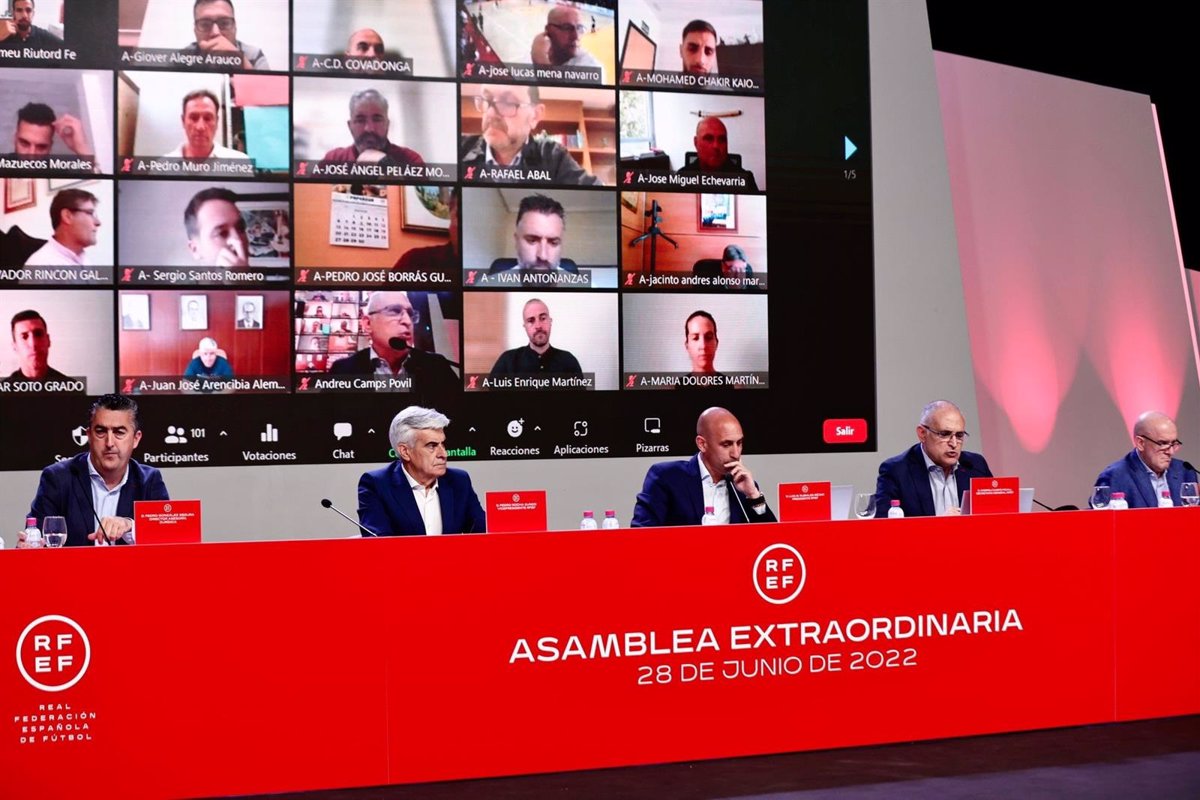 Changes in the First Federation, futsal and women’s football

The Royal Spanish Football Federation (RFEF) announced this Monday a “major restructuring” to give “new impetus” to the various federative areas of the organization, with the appointment of new presidents and directors in different areas.

Luis Rubiales announced this Monday at the Presidents’ meeting a major restructuring to give new impetus to the different federal territories and continue on the path of development and growth,” reported the RFEF in a statement.

Several changes in the federal organization chart have been announced. The First Federation will continue with the presidency of Joan Soteras who will have Javier Vich as director of the category. Vich has been associated with Levante in recent years, where he held the roles of director of business development and manager of the foundation.

“The First Federation approaches its second season of life with the challenge of continuing to grow and consolidate a category with high surveillance and spectacular indicators. An attractive format, bolstered by a new commitment from the RFEF to continue its expansion,” he said. the statement, which also reported that the category will have an exclusive marketing and communications team to “provide services to the clubs and harmonize the visual identity”.

In addition, Javier Lorente, international and with a long and successful career, joins the RFEF as futsal director. The national coach, Fede Vidal, national coach, after these changes will also exercise an act as sporting director, in which he involves José Gómez Monsoliu as technical secretary.

A new aid package for the development of Spanish women’s football was also approved at this meeting of presidents, for which each club will receive 100,000 or 50,000 euros depending on the category.

This boost, approved by the territorial presidents on the proposal of Luis Rubiales, will fall on the clubs of the First Women’s Federation, which will each receive 100,000 euros next season, and on the Second Women’s Federation, which will benefit from an aid of 50,000 euros. “It is a measure that solidifies RFEF’s seamless support in its commitment to women’s football,” the RFEF statement said.