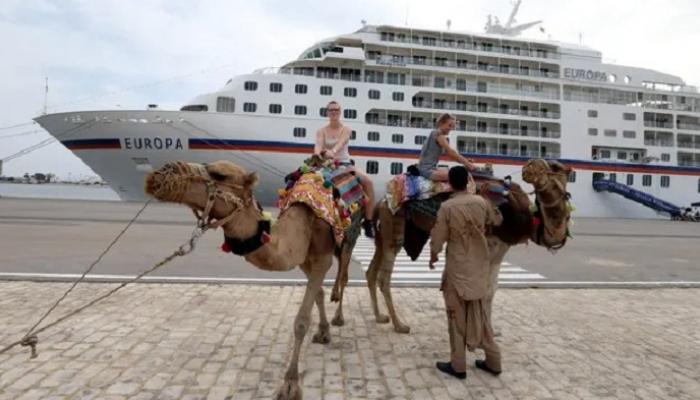 The port of La Goulette in Tunisia received this Wednesday morning the first tourist cruises of 2022, after a hiatus of almost three years.

The “Spirit of Discovery” cruise ship docked with 724 tourists on board, mostly from Britain, Germany and France, to herald the return of cruise ships, as some 40 cruise ships are scheduled to arrive in Tunisia this year.

Tourism Minister Al-Moez Belhossein, who was present at the port to receive the ship, said: “Today, cruise ships return after an absence of three years and are very important for various sectors such as transport, traditional industries and markets.”

The minister continued: “This type of travel has a high spending capacity and has interests in culture and traditional industry. In 2010, Tunisia received one million tourists through cruise ships. Today, we hope that tourists will return as soon as possible. “.

Cruise tourists will head to the tourist suburb of Sidi Bou Said in the capital and the cities of Sousse and Kairouan.

Maritime tourism has been seriously affected since the terrorist attacks that shook Tunisia in 2015 and left dozens of tourists dead, in attacks on the Bardo Museum and the Imperial Inn in Sousse, as well as an attack on a presidential security bus in the same year that left 12 security personnel dead.

The recession in the sector was aggravated by the Corona pandemic.

Tunisia hopes to achieve a rapid recovery in tourism this year, with expectations of registering half of the figures of 2019, which saw a record tourist influx of 9.4 million tourists.

The Tunisian Ministry of Tourism estimated the size of the sector’s losses during the period of the pandemic outbreak in the country at around $2.4 billion.

The Moez Belhossein expects to recover half of the income from 2019 this year, with the beginning of a gradual recovery, despite the uncertainty surrounding the Russian market.

In an interview with the German News Agency (dpa) in his office, Minister Al-Moez Belhoussine said that there is hope for the beginning of the recovery of tourism with the registration of a demand for the Tunisian destination by travel agencies. organizations, especially the travel agency federations of Germany and Spain, which this year will hold their congresses in Tunis.

In 2019, Tunisia achieved unprecedented numbers, with around 9.4 million tourists entering the country and recording revenues of $1.9 billion.

But this was soon followed by an unprecedented collapse, with the sector’s activity falling by 80% in 2020 under the weight of the Corona epidemic, before growing by 23% in the number of arrivals and 12% in receipts in 2021. .