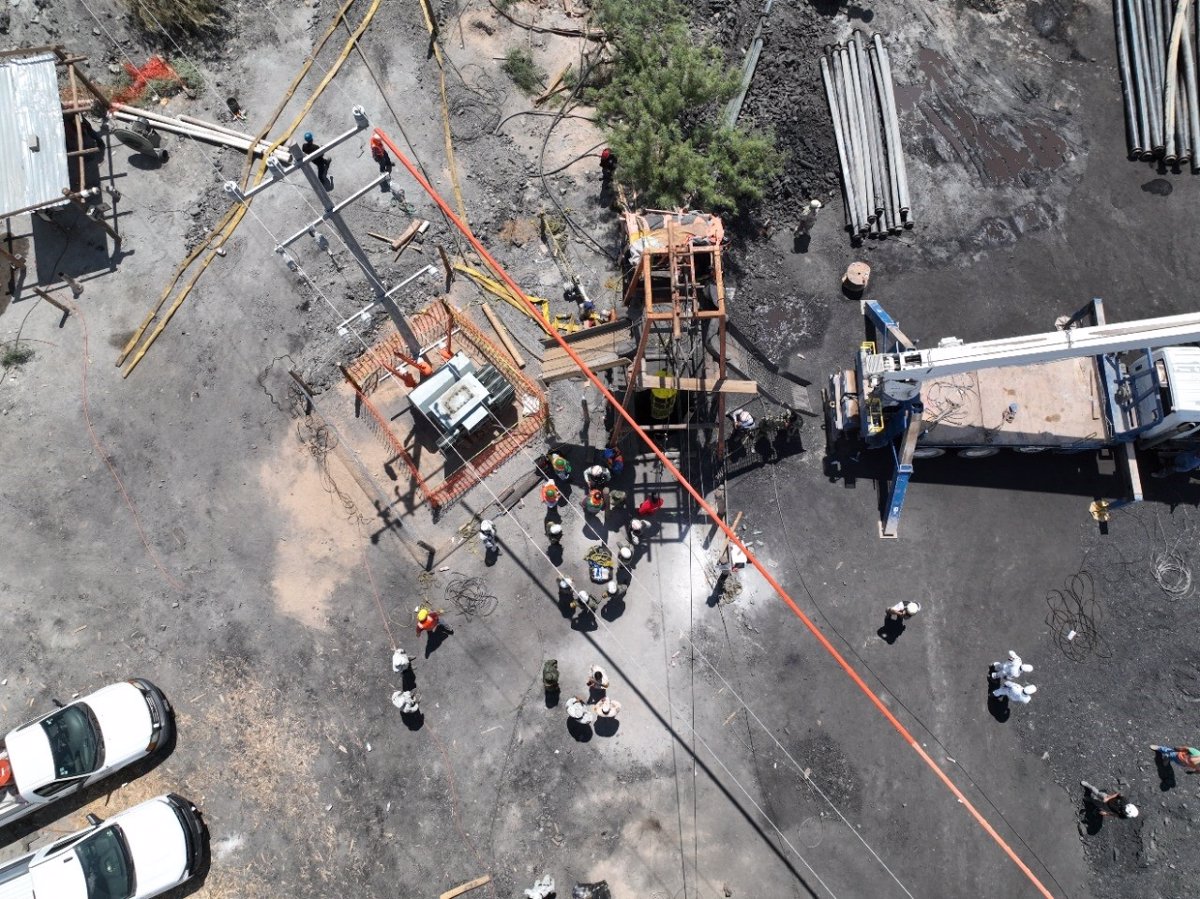 After a group of rescuers from Mexico’s Ministry of Defense (Sedena) entered the coal mine where 10 miners have been trapped for more than a week, authorities have decided to call off the mission as there are no safe conditions to continue the rescue.

A delegation of rescuers, along with a volunteer miner and a diver, spent two and a half hours exploring shaft four of the coal mine in the northern town of Sabinas, Coahuila. The operation was carried out to check the condition of the mine, after which they have decided to postpone the rescue operation until a date to be determined, the Mexican chain Milenio reported.

However, during the two-and-a-half-hour operation, rescuers managed to carry out clean-up operations by clearing obstacles to allow water extraction to continue, as the mine collapsed coming into contact with a river that was flooding the exploitation of coal.

Hours earlier, according to El Sol de México, a diver from the Mexican army went under in a metal cell to monitor visibility at the mine.

Miners have been trapped underground for nearly a week after an underground river caused flooding and blocked the mine’s exits. The workers are at a depth of 34 meters.

It was one of the miners who reported to Civil Defense what had happened after he managed to get out safely through an old tunnel.

The mine was commissioned in January 2022 and to date no complaints of any type of anomaly have been registered. However, such accidents are common in the region, the last one being recorded in June 2021 when seven people died after the area where they worked was flooded.