The repercussions of the Gulf and Ukraine 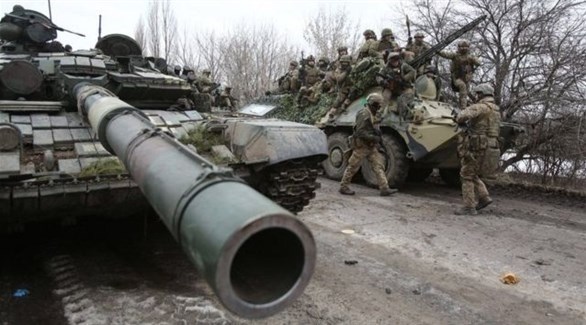 It is a war between a big country and a smaller country, not similar to the previous wars that happened after the Second Great War, most of the wars that happened in the last 70 years were proxy wars (in the political sense) , that is to say, the United States, Europe, Australia, Japan, South Korea and a series of what is known politically as the “western field”. It is a war that will not end tomorrow, it has its aftermath. Each side has publicly revealed their cards, “and take out what is in the chests”! It was easy to talk at the time of the Soviets that there was an ideological dispute that separated two opinions. That is no longer the case, so what is the adaptation of the conflict today? Perhaps the closest thing is that it is a conflict of interest and also a fight for the before and after history! Whatever the reasons, the repercussions, as their current indicators seem, are enormous, and the possibility of an expansion of the war should not be ignored, and the possibility of a change in a series of geopolitical relations may be the closest thing. What are the repercussions of the war in the Gulf region directly and in the Arab space? 5 main indicators can be pointed out.

First: the need for energy. Russia is known to supply energy (oil and gas) to European countries, so it has the upper hand so far, but its hostility from the West may not guarantee that it will continue to send a lifeline to Western industry, and from here the Western camp heads to the Gulf region Again being a reservoir of energy. Until a few months ago the West turned its back on the region (figurative expression) and did not take its concerns seriously, be it the war in Yemen or the Iranian threat, even the Turkish intervention, the focus, as its institutions say, was on China and its surroundings, as it constitutes the most important economic and technical challenge The war in Ukraine changed the equation Many western officials came or contacted the Gulf region to confirm energy supplies and, in fact, to secure many of them in the future. However, the energy markets had settled in a society of what is known as “OPEC Plus”, in which the Russian component is fundamental. Here is the obstacle that must not be faced, and the confrontation will not be immediate, but depend very much on the development of the course of the military conflict in Ukraine. The western field is also waiting for energy from other places closer to us, which is Iran, with which the West hopes that once it signs a new nuclear agreement, the liquidity of Iranian oil flows, and perhaps also the gas, can flow to European countries. . paid out? Is he letting go of Iran’s hand in the region and encouraging its militias to invade neighboring governments and societies? And if this were to be done, the least impact would be to disrupt the energy supply that Western countries need! As well as a major disruption in regional security. It is an equation that the Western decision maker should seriously think about.

Second: Arm Western countries, and the most important thing to note here is what is known as the awakening of the German genius that has been dormant for almost 70 years. Germany is the heart of industry in Western Europe, and has more technical and technological capabilities than any other European country. By moving toward weaponry and possibly conscription, it can become in a relatively short period of time a strike force whose priorities may change. It has many historical aspirations, except that Europe in general woke up due to the war drums in the Ukraine about the importance of having an independent or semi-independent military force. The idea circulated through the corridors of the European Union, but the real need arose with force after the outbreak of the war in Ukraine, and European countries, even the small ones, began to renew their weapons, and to prepare for the worst, without the direct need for United States coverage.

Third: change the attitudes of states. The closest thing to certainty is that the positions of many countries will change through the pressure of the two camps on the countries that are currently in “neutrality”, as you call it. The neutrality here (from the point of view of the two camps) is drawing important cards in the political alignment! Soon, the tone of “who is not with us is against us” will rise, which can trigger interconflicts, fed by each field with its capacity, taking advantage of local or regional contradictions, some internal and others close, and use them. in his favor.

Fourth: the regional danger. So far, Israel is showing neutrality, and some of its politicians may also wish to mediate between the warring parties, but it focuses its attention on the Iranian nuclear deal, on the condition that it supports Israel (because of the strength of the Israel lobby). . inside it), and Russia may be forced to support Iran, and even give the latter a stronger hand in Syria, Iraq, Lebanon and Yemen! And other countries see that Iran has an incubator! Here the danger approached the Arab oil wells and the region entered the arena of uncertainty!

Fifth, the options. Proving the right place in history is a difficult process, and the criticism in Arab political literature was that they often choose the wrong place in history, and some of them do now. However, the rational choice is to side with international law, which says bluntly: “The prohibition and criminalization of any country that attacks another country.” This is what happened in the case of Ukraine.
Regardless of the atrocities of the Western field, it is a field with which a space of cooperation can be found to control common interests, which are many, and side with a totalitarian regime, even if it begins to achieve immediate interests, historically betting on can that is not wise. As for the most prudent, it is the most accurate understanding of the international conflict, which says that each one must “cut off the thorns with their own hands.” Arab wall that is essentially self-sufficient and a two-tier complex that settles rivalries and unites security interests.

Finally..
Arab research centers need to pool their human and intellectual resources to consider the great transformations taking place around us.