The Red Cross is assisting 312 people in temporary shelters in Zamora, through which 1,700 evacuees have already passed 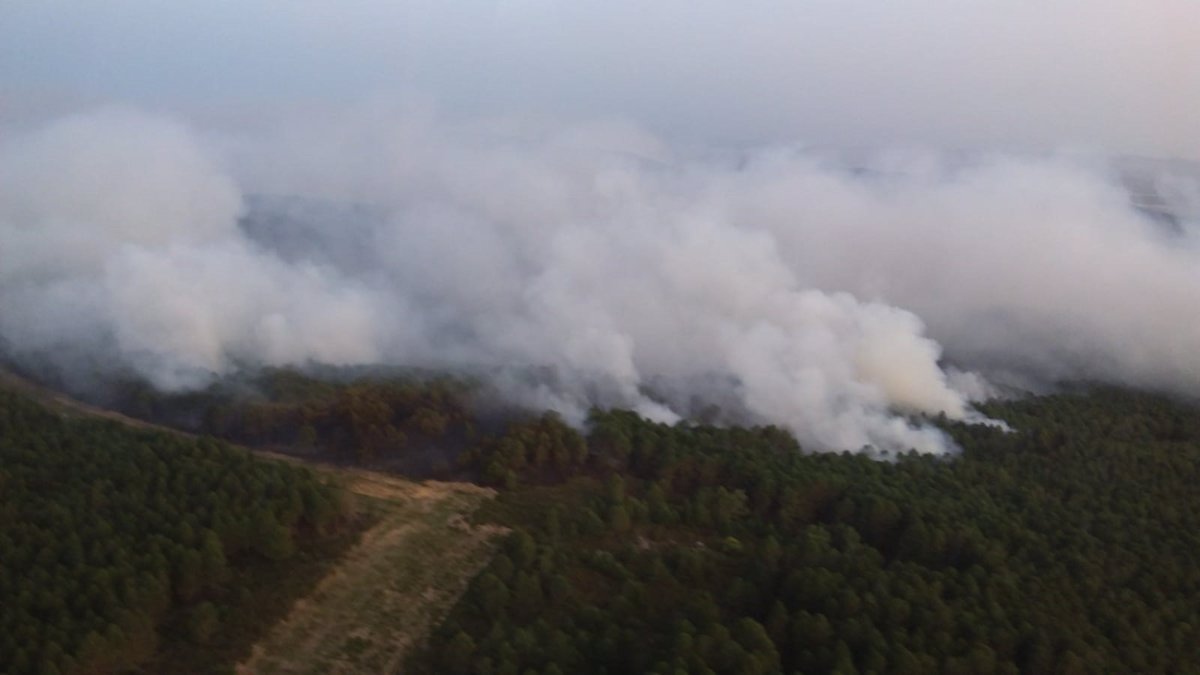 Zamora Provincial Coordinator at the Spanish Red Cross, Silvia Montalvo, told Europa Press that the operation organized by the NGO is helping 312 people in the various shelters activated in the towns of Benavente, Camarzana de Tera and Otero de Bodas. , in a fire that has already left 1,700 displaced people from 13 different communities.

The responsible person recalled that the different sources of fire meant that different communities had to be evacuated and that given the current circumstances with the changes in wind currents and temperatures, when one facility is closed, another must be opened at other points to accommodate these newly displaced people to serve, as in the case of Otero de Bodas after the closure of the emergency shelter in Alcaciñes this morning.

In this way, the organization has deployed 30 troops, including health, staff, lifeguard and other specialized personnel, and a fleet of ten vehicles to carry out “all the necessary work” and be able to offer support and protection to those affected by the situation.

“What’s good for some can be bad for others,” Montalvo stressed, referring to the changing situation of the fire outbreaks, for which he has indicated the Red Cross is lining up to cover “any possible need” for displaced people using emergency shelters personal hygiene kits, three meals a day, and the “special living conditions” of the elderly population with medication and specific health care.

Likewise, he recalled that the organization always keeps the personal attention device, together with the civil defense, in coordination with the Advanced Command Center to respond “appropriately” to emergencies.

Official data from the Junta de Castilla y León, corresponding to 9.43 this Saturday, has shown that the estimated area at that time was 19,765 hectares.

Firefighting services have been working throughout the night to bring the blaze under control, which has affected and continues to affect numerous population centers.

On the other hand, around eleven in the morning, the residents of the towns of Boya, San Pedro de las Herrerías, Cabañas de Aliste, Mahíde, Pobladura de Aliste, Palazuelo de las Cuevas and Las Torres de Aliste were able to return to their homes once it was assessed that the extreme danger in their respective population centers is already over.

In any case, there are still hundreds of people who remain outside their homes and continue in the authorized centers in Camarzana de Tera or Benavente. The space set up in Alcañices will be emptied already after the announcement of the opening of the aforementioned cities.

Meanwhile, the focus that appeared in Ayoó de Vidriales on Friday afternoon has now stabilized, although the media continue to act on the ground to finally control it.