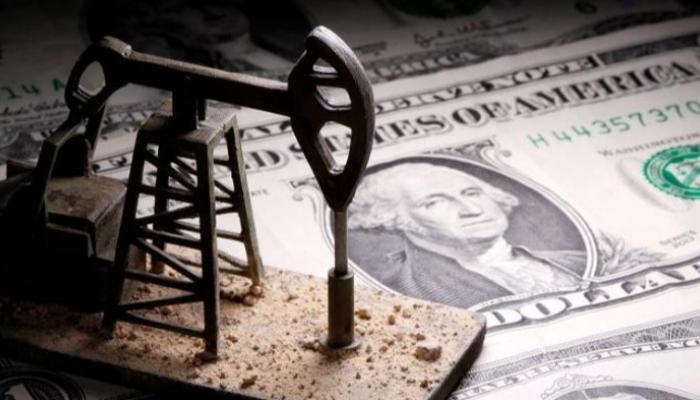 Oil prices fell at the end of trading on Wednesday, supported by hopes of a truce between Russia and Ukraine, and a rise in US inventories.

This fifth drop in oil prices, in 6 sessions, comes in reaction to traders’ hopes for progress in Russia-Ukraine peace talks, and a surge in US crude stocks.

The oil market has seen wild swings for about two weeks, with both benchmarks trading over the past 30 days in a range that is wider than at any time since mid-2020.

Brent is now more than $40 below that level, and analysts warn this reflects strong optimism that the war will be over soon.

Brent posted gains of 28%, in 6 days, and then fell 24%, during the previous six sessions, including Wednesday’s session.

Prices hit their highest level in 14 years on March 7, before falling again.

And data from the US Energy Information Administration showed on Wednesday that US crude stocks rose 4.3 million barrels last week, while a decline was expected.

Distillate stocks, which include diesel and heating oil, rose by 332,000 barrels to 114.2 million barrels, versus expectations for a 1.8 million barrel decline.

On the other hand, oil stocks in the US Strategic Petroleum Reserve fell to about 575.5 million barrels, the lowest level since June 2002.

On Wednesday, the US Federal Reserve raised interest rates for the first time in 3 years, but this had little impact on the course of the oil market.

The Organization of the Petroleum Exporting Countries (OPEC) said Tuesday night that oil demand in 2022 faces challenges from the Russian war in Ukraine and high inflation amid rising crude prices, but fell short of change its forecast of strong demand this year.

Red Alert for Spanish Art Heritage: 400 religious monuments are in extreme danger due to abandonment, looting and neglect