The quinquis and macarras, on the other side of the myth 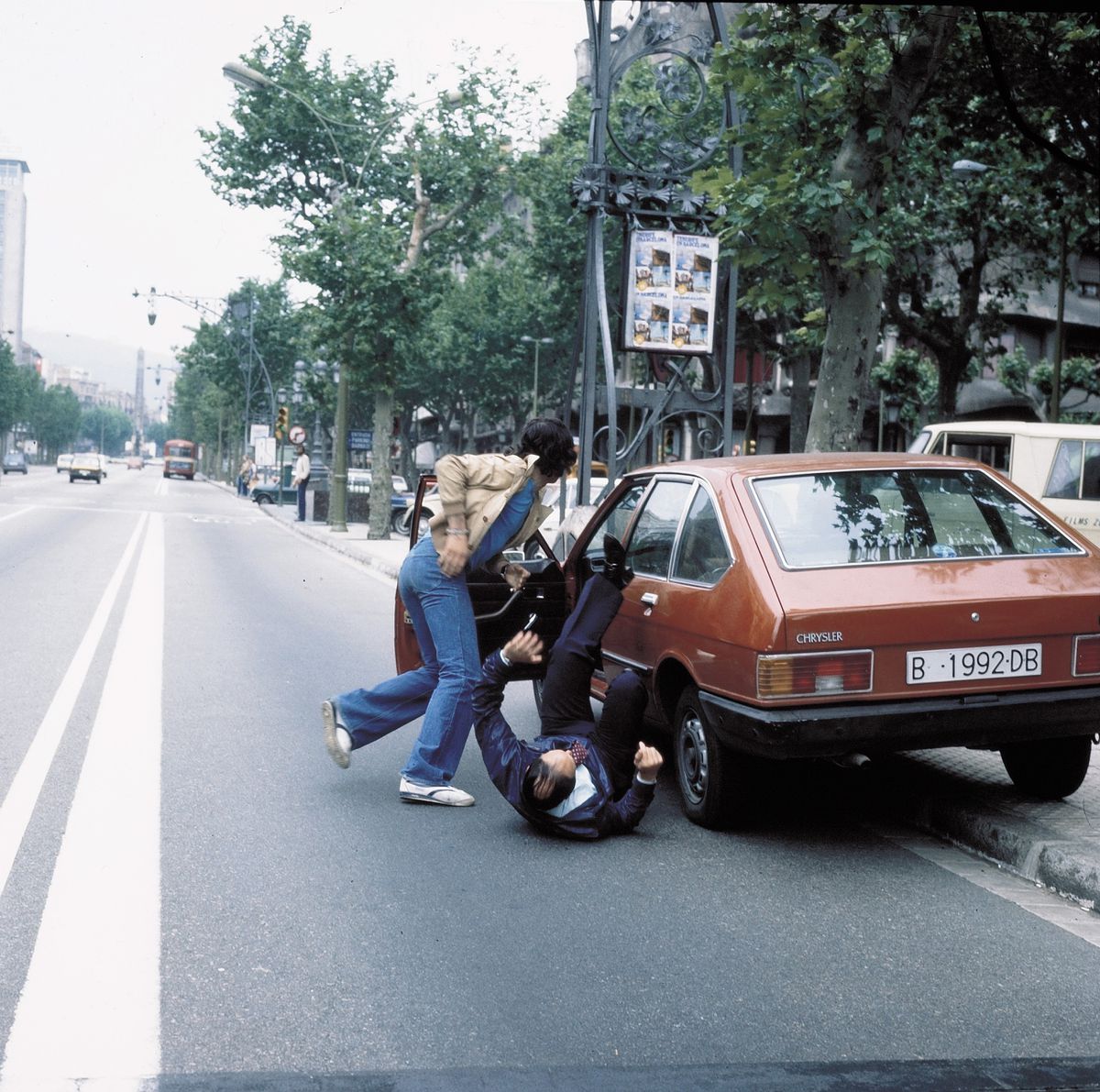 In winter they made campfires and sang around them. Rafael and Raimundo Amador were some kids who played guitar in the outskirts of Tres Mil Viviendas in Seville and later passed the cymbal. It is told to Iñaki Domínguez by a gypsy who settled there with his family in 1971 at the age of eight, and so the field work tells us that it is Iberian Macarra. When Raimundo 1877 and Rafael turned 17, they locked themselves in the studio with Kiko Veneno and recorded the cathedral of Spanish rock under the direction of brilliant producer Ricardo Pachón poison. In the center of the disc “The Delinquents”. The intensity with which the dirty images of the neighborhood take on a lyrical-hallucinatory dimension moves on thanks to the imaginative cascade of verses and the intensification of this atmosphere by the strumming of the guitars. Criminals are poor, they steal cars and they seek trouble. They could be characters from the study signed by Iñigo López Simón, which focuses on establishing links between the Francoist planning of the neighborhoods built to put an end to the slums and the creation of conditions for crime.

The hypothesis is not original, but López Simón backed it up with data. Even then, it was suspected that the creation of group identity in this urban planning increased the sense of exclusion from life in the center of the capital city. The powerful start of the film Stray dogs, also from 1977, is an example of this. In the first few seconds, the camera moves along the Passeig de Gràcia/Consell de Cent intersection in Barcelona. It shows the facades of modernist houses promoted by the bourgeoisie when suddenly for a second you see these suburban neighborhoods that look like beehives in the middle of nowhere. The cities have problems, says the voice out, and the first one he mentions, in another shot change and return to the suburbs, is juvenile delinquency. “Thousands of cars stolen and crashed, shop robberies, gun theft, shop robberies, gas stations, parking lots, even banks,” he explains. He names three dead Quinquis and continues: “The problem is there, it exists and we cannot turn our backs on it”. End of the sequence with the general attitude of Barcelona from Collserola: “Deep down we are all guilty and we must all do something to remedy the situation, of course raise the arm of justice, but without forgetting charity, the chances of salvation for these boys “.

With the use of drugs, especially heroin, crime has increased since the late 1970s, causing some social panic in the media

They could be the words of a moralistic prologue that one could introduce The forgotten. Faced with a certain contemporary mythicization of the Quinqui, faced with the temptation of a naive revival that glorifies misery, this sociological study has the virtue of understanding an urban phenomenon lived in various western cities. But here, in Spain, reinforced by ideological and economic logics created by the dictatorship. This historian points to the process of depersonalization that leads from the countryside to immigration to the slums and from the slums to the newly created neighborhood in which one can remain but hardly live. The main contribution of the book is the analysis of the official documentation on these apartments and these neighborhoods, essentially focusing on the cases of Otxarkoaga in Bilbao and San Blas in Madrid. An official report found after a year of handing over newly built apartments that there was more than one damage per apartment. Humidity, broken bathrooms, useless kitchens, broken windows, inability to use hot water… And to complete the picture, the lack of school places in these neighborhoods was appalling. In crappy apartments, without schools, in poverty and far from the city, you could sing “I hang out with all sorts of crimes” with Kiko Veneno. Gangs are formed.

1965 when SE Hinton, aged 16, began writing the Gang novel The outsider, taking place in the city of Tucson, this is where prosecutors first mentioned the increase in juvenile delinquency. The types of crime were already described at the end of the decade: vehicle theft (1969 between Seat 600 and 800 4,354 vehicles), theft and robbery of companies. As evidenced by the systematized data, with the use of drugs, especially heroin, crime has increased since the late seventies, provoking a certain social panic in the media and at the same time a certain group identity the use of slang and a certain dress and above all captured by the cinema of the Quinquis. Some of the paradigmatic names of this time – including Vaquilla, Torete, Kung Fu or el Pera – have their short biographies in the last chapter of the book.

Some of these epoch-making figures reappear in Iberian Macarra. The series of testimonies systematized by Iñaki Domínguez continues his earlier ones intersecular pimps, but if the first was closer, this one focuses on the moment of the quinquis: the years of transition. “With the political movements, with the demonstrations in the factories, with the rampant unemployment, with the oil crisis, with the ETA massacres … then we young people did what came out of the balls”. The people interviewed by Domínguez in different cities of the country remember this anti-systemic attitude at the time of the regime change, when the country was democratizing, but in the neighborhoods there were still pockets of poverty, to which drugs added to this. From this black moment, it evolves with the Burning soundtrack towards urban gangs, the mafias of the Bakalao disco or the circles around rappers. We could even imagine that in these subcultures Spain It was different, but not like this. So they were rather local variants of phenomena occurring in realities like ours. It is about studying them also from a cultural and behavioral point of view and Domínguez, who has registered so many voices, has managed to recreate them.

Previous articleFree instead of 3.69 euros: create your own mandalas on your smartphone
Next articleThe talk show “Der Moment” is full of spicy chicken wings: Profound talk or “suffering about suffering”?