The “Putin war” revives the arms trade and “bankrupts” these companies 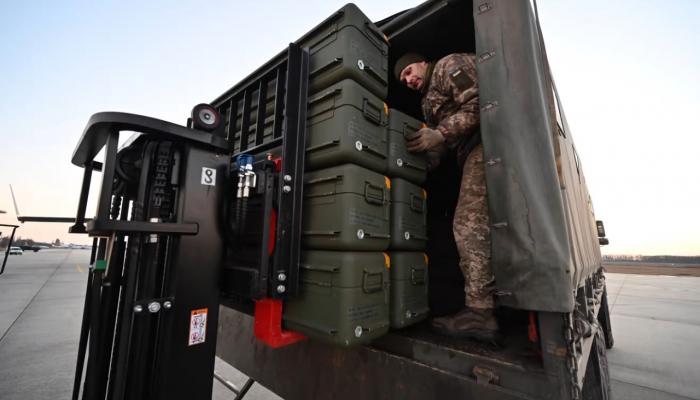 As the war between Russia and Ukraine intensifies, these tensions have been a blessing for some companies and a curse for others.

German arms giant Rheinmetall forecasts that its revenue will achieve strong growth this year due to the ongoing war in Ukraine.

And the group’s chief executive, Armin Baberger, announced raising the expected growth rate for sales of military equipment this year from 10 to 20%.

Baberger added that “Rheinmetall” will achieve the first income this year from the special fund that Berlin intends to provide to strengthen the German army, amounting to 100 billion euros, and Baberger pointed out that there are “big orders” coming from Germany.

It is noteworthy that “Rheinmetall” offered the German government after the start of the war in Ukraine a package of long-term products worth 42 billion euros, and this package includes tanks, ammunition, military trucks and other equipment.

Rheinmetall makes about two-thirds of its revenue from arms sales, while the last third comes from sales of products that fuel the auto industry.

Baberger today presented the annual results of the group, which has been on a growth path for a long time, benefiting mainly from orders from abroad.

The total number of Rheinmetall employees worldwide is around 24,000.

On the other hand, an opinion poll revealed that thousands of German companies are worried about their economic future in the wake of the war in Ukraine.

And one in 10 companies surveyed by the Association of German Chambers of Industry and Commerce reported by the editorial network of the newspaper “Deutschland” reported a “clear deterioration in the financial situation, even fear of bankruptcy.”

Thousands of companies suffer direct or indirect consequences, said Peter Adrian, president of the Association of German Chambers of Industry and Commerce.

The survey revealed that transport and logistics companies are among the most affected, with more than a quarter of them experiencing financial difficulties due to high fuel costs.

European Central Bank President Christine Lagarde underlined that policymakers are aware of new developments and are working to increase the options available, and underlined the Bank’s commitment to move gradually and flexibly to implement its mission of maintaining price stability.

Lagarde recognized, in a speech in Frankfurt, that the war could cause a new wave of inflation.

“We are aware of the risks and we are ready to revise our plan if the incoming data shows the need,” she said, quoted by the Bloomberg news agency.

He added: “We trust that the dynamics of inflation in the medium term will not return to the pattern we saw before the pandemic, but we need to manage a shock that will lead in the short term to raise inflation and slow growth.”