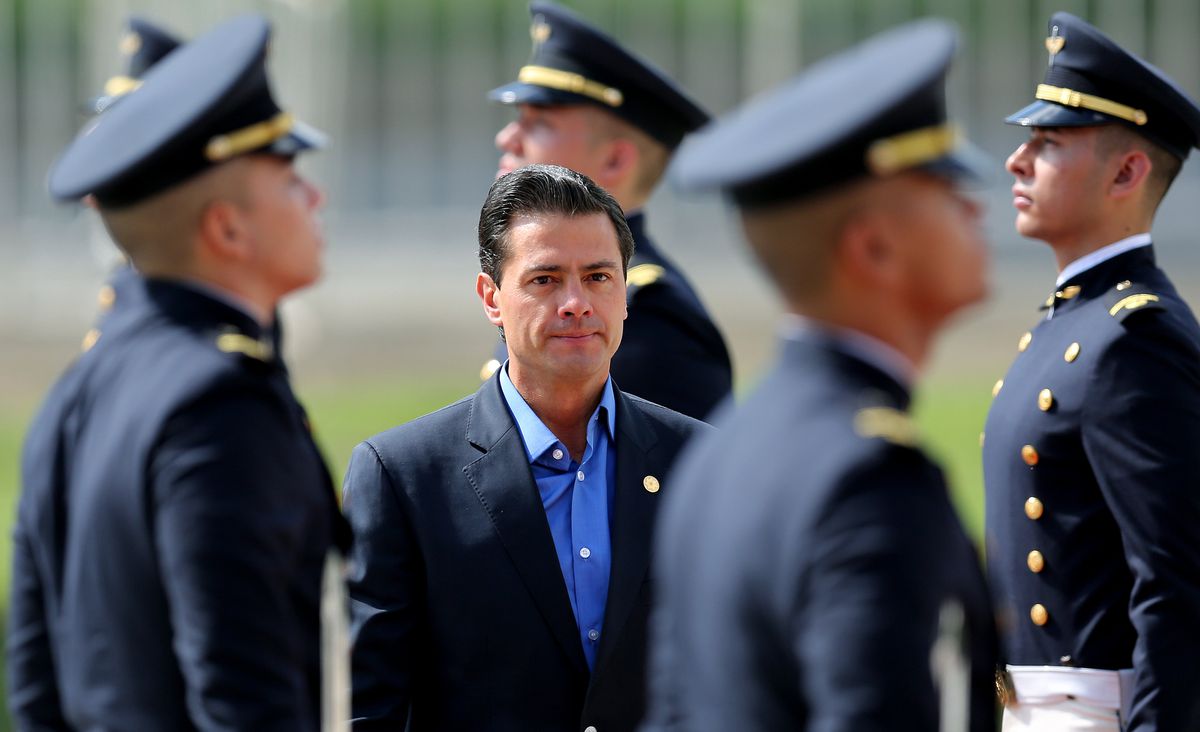 The Attorney General’s Office (FGR) announced Tuesday that it was “keeping open” three investigations into former Mexican President Enrique Peña Nieto (2012-2018). “The first case includes various complaints involving the company OHL,” the agency said in a statement. The second part of a report by the “financial authorities” for alleged criminal offenses “money laundering and illegal foreign transfers”. The third concerns a possible problem of ‘illegal enrichment’.

Without giving further details, the prosecutor’s office added that “as soon as there are procedural results in which the legally permissible public versions can be presented, this will be done immediately”. The investigating authority has clarified that it has not yet submitted any of the three cases to the judge. He also did not specify how long this might take. Once that happens, and at the request of the prosecutor himself, the judge could order Peña Nieto’s arrest and even his imprisonment. Mexican law provides that one of the precautionary measures for those accused of the crime of illicit enrichment is preventive detention.

This increases the pressure on Peña Nieto, who has been living in Spain for at least a few years thanks to the granting of a golden visa to investors, according to EL PAÍS. Forgotten in the early years of the current six-year term, the government and the FGR are now closing the shackles around the former President of the Institutional Revolutionary Party (PRI). Until a few months ago, few in Andrés Manuel López Obrador’s government made any reference to the last PRI government, let alone Peña Nieto. Also the FGR, which for most of his tenure focused on the director of Pemex, Emilio Lozoya, at the heart of the bribery scandal involving the Odebrecht construction company.

But something has changed in the last few months. The government’s relationship with the PRI is strained, a situation that coincides with discussions surrounding the Electricity Industry Act (LIE), a pledge by López Obrador. The PRI faction in Congress, which aimed to limit the involvement of private initiatives in the energy sector, opposed it, provoking the wrath of López Obrador. The President of the PRI, Alejandro Moreno, who has been involved in several scandals involving the anonymous disclosure of telephone conversations, has accused threats of opposing López Obrador’s reform.

The change in the government’s attitude towards the PRI began with Moreno but intensified with Peña Nieto. Three weeks ago, the Treasury Department’s (UIF) Financial Intelligence Unit reported the complaint it had filed against the former president for receiving more than 26 million pesos, just over a million dollars, from an irregular remittance system from abroad.

Invited to President López Obrador’s press conference in July, the head of the FIU, Pablo Gómez, stated that they “discovered a scheme by which a former president of the republic obtained economic benefits.” The money went into an account belonging to a relative of Peña Nieto and was later deposited into another account in the former President’s name. “Said relative performed these operations on a brother of the former president by sending him checks for an approximate amount of 29 million pesos,” Gómez said at the time. It seems clear that at least one of the three complaints is related to this matter.

Another points to the scandal of the Spanish construction group OHL and its subsidiary in Mexico. In 2015, anonymous sources published on the Internet several calls between employees of the company, in which they spoke of an alleged manipulation to increase tolls on the Bicentennial Viaduct, one of the great works of the State of Mexico in the last quarter century. Peña Nieto governed the region between 2006 and 2011. During his tenure, the scandal affected his now-deceased Minister of Communications, Gerardo Ruiz Esparza.

Over the years, various actors, including politicians and lawyers, have pointed out corruption indicative of the relationship between OHL and the State of Mexico. In 2017, for example, attorney Paulo Díez Gargari, hostage of OHL, filed four lawsuits alleging acts of corruption against employees of the company and former leaders of the PRI in the state of Mexico. Among the indicted politicians were Peña Nieto, Foreign Minister and former Finance Minister Luis Videgaray, and Ruiz Esparza himself.

The name of Peña Nieto also appeared as part of the investigations into the Odebrecht case. Armed with the testimonies of Emilio Lozoya and other witnesses, the FGR believes that Peña Nieto was involved in a network of handing out bribes to various politicians, from the PRI and the conservative National Action, for agreeing to his own energy reforms and foreign investment to privilege. The current government defends that the real goals of this reform were “expropriation, the disappearance of state energy companies and the granting of unlimited benefits to the private sector”.

The FGR’s announcement this Tuesday comes less than a year ahead of elections in the state of Mexico, the PRI’s last bastion in the center of the country, after losing Hidalgo earlier this year. The most populous region and with the largest budget in the entire country, the state of Mexico looms on the horizon as the last and most coveted electoral target of Morena, the party of López Obrador, which almost won in 2017 with Delfina Gómez as the current candidate for secretary of federal education. Alfredo Del Mazo, Peña Nieto’s cousin, then narrowly prevailed.