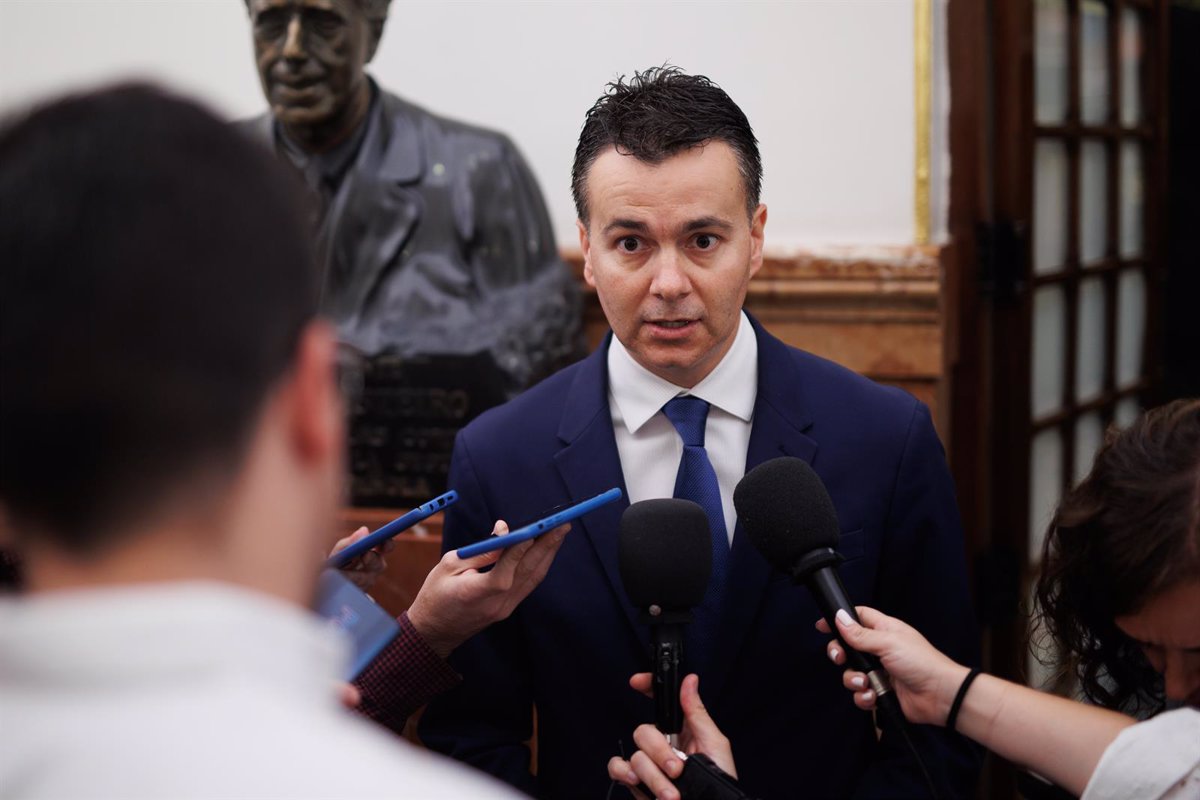 The spokesman for the Socialist Group in Congress, Héctor Gómez, appealed this Friday to the “responsibility” of the political groups in the Chamber to support the bill that the PSOE will register to amend again the Organic Law of the Judiciary and the General Council of the Judiciary (CGPJ) to appoint the two judges corresponding to him to renew the Constitutional Court.

In statements in Congress, Gómez has said he trusts
to have the greatest possible support for this new express reform and has confirmed its intention that it should come into force in July in order to be able to renew as soon as possible the two magistrates corresponding to the election of the body judges in parallel with the two of the Executive to be appointed. The term of office of the four ended on June 19.

EXPRESS PROCESSING AND EFFECTIVE IN JULY

For this reason, the PSOE intends to urgently process this bill in one reading so that it can be approved by both chambers as soon as possible and published in the Official Gazette over the coming month.

“It is a perception of responsibility to put the TC into operation as soon as possible,” Gómez pointed out, who justified this decision in the face of “the impossibility of reaching an agreement with the PP”, which he has again made ugly for the Refusal to “obey the constitutional mandate” and renew the CGPJ.

That’s why he asked him again to negotiate “once and for all” about the renewal of a body that had been in office for three years. “You know that this must be done under the law and that it is a responsibility and obligation for the proper functioning of the judiciary,” he said.

YOU CAN’T WAIT FOR THE PP ‘SINE DIE’

Gómez doesn’t think that pact can get any farther away with the PSOE’s decision to again amend the rule of a law reformed in March 2021 precisely to prevent an expired CGPJ from appointing judges. The article that will be retouched again is 570 bis of the Organic Law of the Judiciary so that the CGPJ can now exclusively appoint the two members of the TC who correspond to him.

“On the contrary,” Gómez replied when asked if resorting to yet another express legislative reform could push the PP to become even more entrenched in its position. “What we want is to bring normality to the functioning of the TC,” he said, stressing that supporting this new amendment is an “exercise of maximum responsibility” and that one cannot “sine the” wait for the PP “will” that the courts function properly.

- Advertisement -
Share
Facebook
Twitter
Pinterest
WhatsApp
Previous articleBig festival of Sant Joan on the beaches of Barcelona
Next articleMaría del Monte at the Pride proclamation in Seville: “Never in my life have I hidden from anyone, nor will I for love”