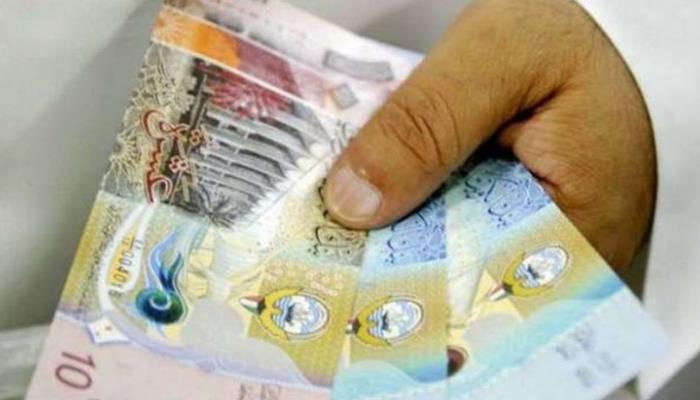 The price of the Kuwaiti dinar today in Egypt continued to rise in trading on the night of Tuesday, March 22, 2022 in commercial banks and exchange houses.

The Egyptian pound has lost around 17.68% of its value against the Kuwaiti dinar at time of writing at 2:02 GMT today Tuesday, as the interest rate was raised yesterday Monday and the Central Bank of Egypt carried out a process of correcting the price of the Egyptian pound.

The average price of the Kuwaiti dinar in Egypt jumped, according to the website of the Central Bank of Egypt, to register around 60.64 pounds for buying and 61.08 pounds for selling, in trading on Tuesday night, in compared to £59.72 for the purchase and £60.19. for sale, in the first operations today, Tuesday.

At the National Bank of Egypt (the largest government bank), the price of the Kuwaiti dinar in Egypt jumped, in trading on Tuesday, to 58.32 pounds for purchase and 60.95 pounds for sale, and the same price was repeated at Banque Misr (government bank). ).

While the price of the Kuwaiti dinar in Egypt rose at the Commercial International Bank (Egypt’s largest private bank), on Tuesday night, to about 58.60 pounds for buying and 61.05 pounds for selling.

The prices of the rest of the main foreign and Arab currencies continued to rise against the Egyptian pound, during the day on Tuesday, to increase their value at rates close to the increase in the value of the dollar in Egypt.

The Egyptian pound had lost, as of Tuesday night trading, around 17.81% of its value against the dollar, at Egypt’s Central Bank, government and private banks in Egypt, after rising prices. interest rates, and the Central Bank of Egypt carried out a process of correcting the price of the Egyptian pound.

Tarek Amer, Governor of the Central Bank of Egypt, said that the local currency, the pound, witnessed a correction, in trading on Monday, which improves its competitiveness and supports exports, and that its price is in line with developments. global and local.

And the Central Bank of Egypt announced, in a statement on Monday, that it decided to raise the main interest rate by 100 basis points, placing the overnight lending rate at 10.25% and the overnight deposit rate at 9.25%, in an exceptional meeting. , after increasing global inflationary pressures that were exacerbated by the war in Ukraine.

The Monetary Policy Committee was scheduled to meet on March 24.

The decision by the Central Bank of Egypt comes days after the US Central Bank announced that it had raised the main interest rate by a quarter of a percentage point, for the first time since 2018.

Amer told a news conference that the central bank’s decisions to raise the interest rate are aimed at maintaining foreign exchange liquidity and protecting state resources in light of economic pressures resulting from Ukraine’s war crisis.

He continued: “Egypt paid all its international obligations on time due to its strong foreign exchange reserves.”

“Inflation in Egypt is imported from abroad,” he added, referring to a recent wave of high prices the country has been witnessing, which he called a global phenomenon.

These inflationary pressures coincide with the upcoming month of Ramadan, when consumption rates generally rise.

According to Refinitiv data, the value of the Egyptian pound, in international currency markets, is around 15.7 pounds as of November 2020.

The Governor of the Central Bank of Egypt stressed that the decisions of the Bank’s Monetary Policy Committee, after the outbreak of the war in Ukraine, are aimed at maintaining the confidence of foreign investors and international financial markets in order to facilitate ways of Egypt to meet its funding requirements.

- Advertisement -
Share
Facebook
Twitter
Pinterest
WhatsApp
Previous articleWall Street rebounds after the losses of the day before and the Dow Jones rises 0.68%
Next articleElon Musk opens the Tesla factory in Grünheide with many prominent politicians and keeps his promise to dance