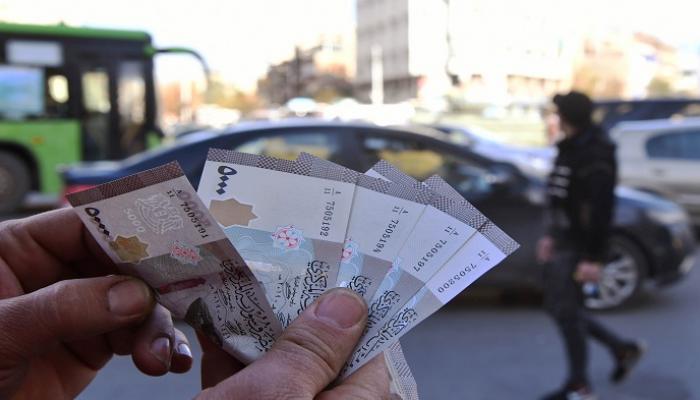 The price of the dollar has stabilized today in Syria, today Saturday March 19, 2022, in the unofficial parallel market (black).

Inflation is a nightmare for Syrians after it was reflected in prices, and witnessed an increase that could not keep pace with all wage increases, the last of which came by 30% after the Inflation rates reached 878% compared to 2010, which raised the voices of Syrians about the need to keep up with this ongoing collapse, specialists call the family’s need of around two million Syrian pounds , equivalent to 800 dollars as a minimum standard of living, at a time when the average salary is 50 dollars per month.

14.6 million people in Syria depend on humanitarian aid and the Syrian pound has lost 80% of its value. Food prices increased more than 200%.

“Do not neglect Syria and Lebanon because of Ukraine”

And the director of the World Food Program made an urgent appeal to developed countries not to “neglect” countries that also need help, along with Ukraine.

“I’m trying to educate Europeans and the United States,” David Beasley said during a call with International Monetary Fund Managing Director Kristalina Georgieva, dedicated to discussing the situation in countries affected by conflict.

“While you focus on Ukraine, don’t neglect the Sahel region or Syria, Jordan and Lebanon. If you do that, the repercussions will be catastrophic, more than catastrophic.”

The price of the dollar today in Syria

The price of the dollar stabilized today Saturday in Syria in the unofficial (black) parallel market at the level of 3,800 pounds for buying and 3,850 pounds for selling, unchanged from yesterday’s Friday closing price.

The price of the euro was fixed today, Saturday, in Syria, at the beginning of the transactions on the parallel (black) market, at the level of 4213 pounds for purchase and 4273 pounds for sale.

The price of the pound sterling in Syria on Saturday in the unofficial parallel (black) market maintained its level at 4,984 pounds for purchase and 5,060 pounds for sale.

The price of the rial, dirham and dinar today in Syria

The price of the Saudi riyal stabilized today, Saturday, in Syria, during the morning transactions on the unofficial parallel (black) market, at the level of 1011 pounds for the purchase and 1027 pounds for the sale.

Today, Saturday, the price of the United Arab Emirates dirham in Syria was fixed at the opening of transactions on the black market at the level of 1032 pounds for purchase and 1048 pounds for sale.

The price of the Kuwaiti dinar in Syria on Saturday, on the unofficial parallel (black) market, was about 12,487 pounds for buying and 12,677 pounds for selling.