The price of the dollar today in Sudan, Thursday, March 24, 2022. The rise continues 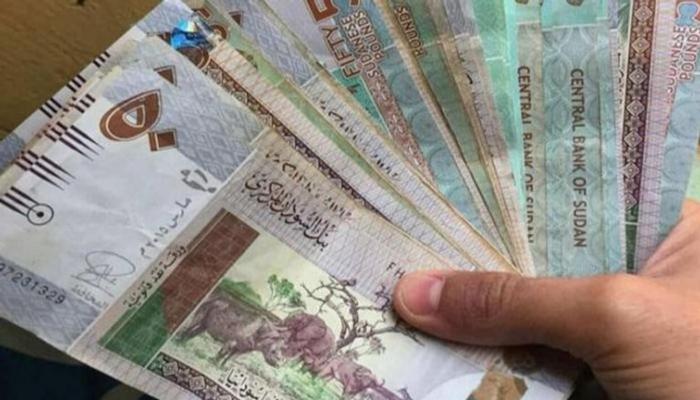 The dollar price rose today in Sudan during trading on Thursday morning, March 24, 2022 at the Central Bank of Sudan and the parallel (black) market.

Fears of an economic collapse

Fears have risen that Sudan will reach the stage of economic collapse with the continuing depreciation of the national currency (pound), the unprecedented rise in commodity prices and the effects of fuel price liberalization on the productive sectors.

Following the announcement by the Central Bank of Sudan, on March 8, that the exchange rate of the Sudanese pound against the dollar would be liberalized, competition between local banks and the parallel market intensified in the race to control the market. exchange rate, with the high ratio of demand against supply and the existence of financial businesses that buy currencies with astronomical numbers.

Exchange rates rose today, Thursday, setting records in banks, and the price of the dollar today in Sudan on the parallel (black) market reached 690 pounds.

The price of the dollar in Sudan had reached a ceiling of 750 pounds per dollar during yesterday’s morning trading Tuesday and continued to fluctuate during today’s trading between 675 pounds and 680 and 715 pounds, but soon returned to its normal price of 650 pounds at the close of trading.

Simultaneously, commodity prices reached an all-time high, just days into the upcoming month of Ramadan, and it is feared that the deteriorating economic situation will increase the suffering of citizens.

“There are signs of an economic collapse looming on the horizon,” Sudanese economist Ayoub Abdel Hafeez said in an interview with Xinhua.

“The markets are witnessing economic stagnation in the face of a lack of purchasing power and the unprecedented increase in the prices of basic necessities,” he added.

“As the month of Ramadan approaches, there are real fears of rising prices, greed from traders, lack of liquidity and a collapse in the value of the national currency,” he added.

With the increase in prices another problem arises, which is the lack of essential goods such as gas for cooking.

Hunger threatens half of Sudan’s population by 2022

Earlier, the World Food Program office in Sudan warned of a serious shortage of cereals in the country, especially wheat.

“For the first time since 1984, we are facing a shortfall in grain production in Sudan, World Food Program resources are not looking good, the situation is worse, and we have less capacity to respond,” the office said in a statement. of press. break free.

“Nearly half of Sudan’s population will face hunger this year as fallout from October’s political transition makes it harder for the cash-strapped African country to get food,” the statement added.

“Around 20 million people are likely to be classified as experiencing emergency or acute levels of acute food insecurity, which is double the figure for 2021,” the statement continued.

The economic crisis expands to hit the different productive sectors of Sudan.

As a result of the rise in fuel prices, the public transport fare doubled, the costs of transporting goods and the prices of goods increased, and agricultural areas decreased due to the increase in gasoline prices.

And the previous transitional government led by Abdullah Hamdok, which was formed in 2019, began to implement an economic reform plan under the supervision of the World Bank to obtain relief from Sudan’s foreign debt, which amounts to some 60 billion dollars. .

But that plan was upended following moves by Sudanese army chief Lieutenant General Abdel Fattah al-Burhan on October 25 to dissolve the government and impose a state of emergency.

The United States of America and international agencies have suspended hundreds of millions of dollars in aid to Sudan and stipulated the restoration of civilian rule.

Washington quickly froze $700 million in emergency aid, while the $500 million in direct budget support expected at the end of November from development agencies was put on hold.

Another $150 million has not been obtained from the so-called Special Drawing Rights of the International Monetary Fund, which are used to reinforce official reserves.

Since the secession of South Sudan in 2011, Sudan has faced a serious economic crisis after losing two-thirds of its oil production.

The price of the dollar today in Sudan

The price of the dollar rose today in Sudan during Thursday morning trading on the parallel (black) market to the level of 690 pounds per dollar, and also kept its price in the Central Bank of Sudan at the level of 445.39 pounds for purchase. and 448.73 pounds for sale.

The price of the euro and the pound today in Sudan

The price of the rial, dirham and dinar

Today, the price of the Emirati dirham in Sudan remained at the level of 186 pounds, while its quote in the Central Bank of Sudan was about 121.26 pounds for the purchase and 122.17 pounds for the sale.

The price of the Kuwaiti dinar today in Sudan at the Central Bank of Sudan was approximately 1458.88 pounds for buying and 1469.83 pounds for selling.