The price of the dollar today in Lebanon, Thursday, March 17, 2022… the return of shocks 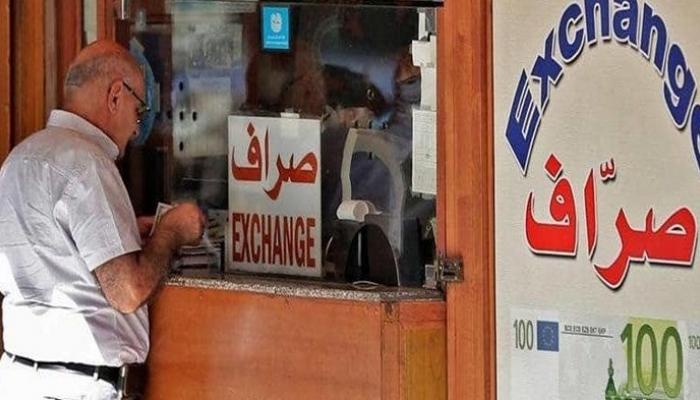 The price of the dollar rose today, Thursday, March 17, 2022, in Lebanon, during the first transactions on the unofficial parallel (black) market.

Yesterday, Wednesday, the Lebanese judiciary implemented measures against the bank “Fransabank”, including the seizure of all the bank’s assets, including safes and funds, and sealed with red wax.

This step is based on the decision issued by the Head of the Enforcement Department in Beirut, Judge Mariana Anani, which stipulated the execution of the executive seizure of all shares, real estate and assets of “Fransabank”, its branches and companies in all of Lebanon. , in preparation for putting them up for public auction, in case the bank does not agree and pay the full amount of the deposit. It belongs to Ayyad Ibrahim.

It was decided to carry out an executive seizure of the assets of Fransabank, including the safes and their assets and the funds in their funds at the main branch in Hamra and the branches located in the areas: Tabaris, Saifi, Ashrafieh, Jnah, Mar Elias, Ain al-Marisa, Tariq al-Jadida, Sodeco, Ras al-Nabaa, Ashrafieh – Sassin, Al-Musaytbeh, Verdun, Bab Idris, Al-Adliya, at the request of the prosecutor’s representative, and the enforcement officer was assigned to take the necessary measures.

Judge Anani asked the relevant enforcement departments outside of Beirut to do whatever is necessary to carry out the seizure of Fransabank branches within their jurisdiction, the decision said.

Following the procedure, Fransabank took the step of closing all its branches and announced that it would stop carrying out any banking operations, including the payment of salaries, before receiving a written court decision annulling the decision currently in force and allowing it to resume its business. . .

It should be noted that all Lebanese banks refrain from paying foreign currency deposits and also impose harsh conditions on withdrawals in Lebanese pounds.

The banks complied with Circular No. 161 regarding the payment of withdrawals or deposits in dollars, but did not adhere to the second part of it related to attending to the needs of depositors in Lebanese pounds at their request and after fill out a special application at the Bank.

The price of the dollar rose today in Lebanon during the first operations of the unofficial parallel (black) market, ranging between 22,375 and 22,425 Lebanese pounds per dollar, compared to 22,350 and 22,400 pounds per dollar at the close of trading yesterday Wednesday. .

The trading volume on the “Sayrafa” platform amounted to 92 million US dollars on Wednesday at a rate of 20,700 Lebanese pounds per dollar, according to the exchange rates of the operations carried out by banks and foreign exchange institutions on the platform.

The anger of the Association of Banks of Lebanon

The Lebanese Banking Association published a press release on Wednesday night saying: “Until now, banks have preferred to remain silent about illegal procedures, arbitrary practices, unrealistic pressures and continuous campaigns of defamation issued by many official and unofficial authorities, in order to guarantee the rights of depositors and to avoid further damage to the banking sector. After all the facts and challenges it has gone through, these practices have recently culminated in legal proceedings more illegal and arbitrary, vitiated by the defect of going beyond the limits of the law.

The statement continued: “Banks cannot, despite their will, remain in confrontation with depositors for reasons that do not belong to them and are not their responsibility, and they cannot accept, from now on, to bear the results of previous financial policies. and unfair measures issued by the competent authorities, which turned them into scapegoats for depositors, nor being a victim of populist positions issued as a result of political positioning, nor supporting illegal measures issued against them.

Continuing to take arbitrary and illegal action against banks brings down the banking sector and seriously damages the interests of depositors, especially in light of the negative repercussions of their relationships with foreign correspondent banks.

Based on the above, the Lebanese Banking Association announces its intention to invite the General Assembly to meet as soon as possible and keep its meetings open to keep abreast of developments and stakeholder response, while keeping their right to take all necessary measures. the measures it deems appropriate to safeguard the interests of citizens and the supreme national interest.