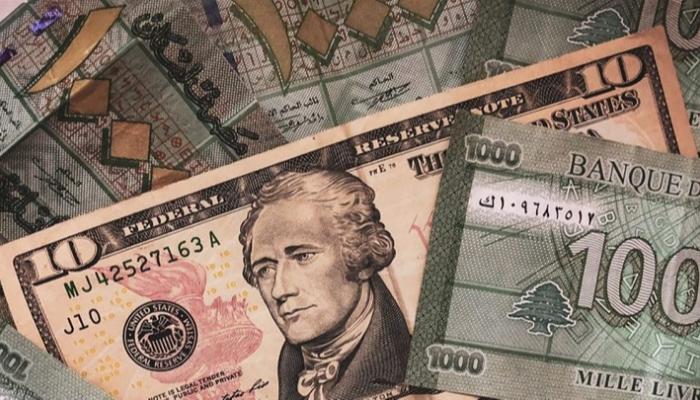 The price of the dollar fell today in Lebanon during the start of trading on Monday, March 28, 2022 in the unofficial parallel (black) market.

Lebanon was affected by the Russian war in Ukraine more than other countries in terms of food security, not because it imports most of its need for wheat and oil from Ukraine, but because it is a country without economic immunity.

It imports more than 80% of its consumption needs in foreign currency, at a time when it is experiencing an unprecedented collapse of the national currency.

The anger of the oil importing companies

The group of oil importing companies in Lebanon issued a statement denouncing the pressure from the Central Bank of Lebanon on oil purchases and the continuous increase in prices.

The statement indicated that “after the multiple changes that have occurred in the hydrocarbon market recently, especially the global rise in prices, as well as the change by the Bank of Lebanon to the purchase mechanism previously used, the group of oil importing companies held several meetings with the Minister of Energy and Water and proposed solutions to the crisis that would allow importers to continue to meet the needs of the importers’ market, in order to preserve the rights of importers, stations and citizens.

He added: “The oil importing companies explained, in numbers and details, that today they are bearing direct and substantial losses, including 1% of the costs of transferring amounts from the Lebanese pound to the US dollar by the banks of the exchange platform. , in addition to losses due to financial differences caused by fluctuations in the exchange rate within the administrative terms, which separates the collection of the amounts and their deposit in the bank, to then execute the transactions in an exchange platform.

And he continued: “It has already been agreed with the Minister of Energy and Water, in the presence of representatives of the plants, that the ministry issue a new price table that takes into account the aforementioned margin of one percent, as well as an additional percentage that cover the cost resulting from the variation in the dollar exchange rate.

He continued: “However, the oil importing companies were surprised last night by issuing a price schedule that did not take into account what was agreed. As a result, the crisis worsened again and citizens waited in lines again. The matter prompted the Lebanese Presidency, the Presidency of the Council of Ministers and the Bank of Lebanon to urgently and directly intervene, as the governor decided to fix the US dollar price for importing gasoline at 22,200 pounds, regardless of price movements. in the market. exchange platform until the night of Tuesday, March 29 to cover the sales of Friday and Saturday.

The head of the Association of Oil Import Companies, Maroun Shammas, announced on Sunday in televised statements that “the gasoline crisis has been resolved after agreeing with the Ministry of Energy to issue a new price on Monday that takes into account the demands of importers”. .”

For his part, Oscar Yammine, president of the Board of Directors of the companies “Coral” and “Liquigas”, indicated that “the quantities of fuel that the markets need are available, and as of Monday morning deliveries to all Lebanese regions will begin. ”. , which will lead to a solution to the crisis that the markets witnessed last week”.