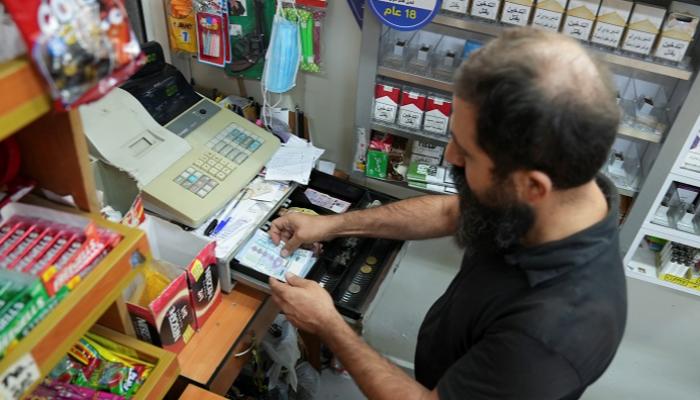 The price of the dollar rose today in Lebanon, during early morning trading on Monday, March 21, 2022, on the unofficial parallel (black) market.

The Association of Banks of Lebanon will start a strike today Monday and tomorrow Tuesday against what it described as “the arbitrariness of some judicial decisions.”

The association considered that the judicial and administrative decisions that affect it “lack the minimum legal basis and public interest.”

The banks’ decision follows the seizure of the assets of six of them, accused of transferring billions abroad.

In a statement, the Banks Association announced the strike as “a first step to alert and raise awareness of the seriousness of the current situation.”

The association complained that “Lebanese banks can no longer tolerate the arbitrary decisions they take from all sides, and that some ill-intentioned exploit to put them in the face of depositors.”

Aoun posted a sign prohibiting the disposition of real estate and movable and immovable property for various bankers.

Aoun had previously issued travel bans against the chairmen of the board of directors of 5 Lebanese banks, and they are Salim Sfeir of Bank of Beirut, Samir Hanna of Bank Audi, Antoine El-Sehnawy of Societe Generale, Saad Al-Azhari of BLOM Bank and Raya Al-Hassan of Bank Med.

Judge Aoun also placed signs on real estate, cars, vehicles, stocks and shares in all commercial companies belonging to the presidents and members of the boards of directors of these banks, based on the complaint filed by Lebanese civil society groups by the crimes of “illicit enrichment and money laundering”. and other crimes, and assigned to the competent departments the immediate execution of the content of these decisions.

Following these events, Prime Minister Najib Mikati underlined that “concern for the independence of the judiciary and non-interference in judicial affairs goes hand in hand with concern for the stability of the situation in the country in all aspects, especially in the financial”.