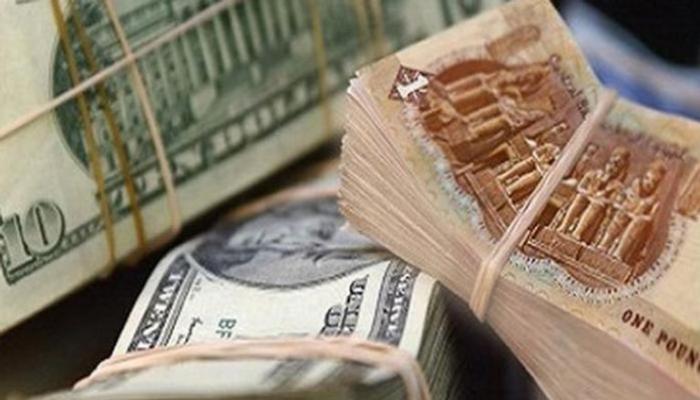 The price of the dollar in the National Bank of Egypt fell by 17.40 pounds to buy and 17.50 pounds to sell, an increase of 1.76 pounds, compared to yesterday’s close.

The price of the dollar in Banque Misr is about 17.40 pounds for buying and 17.50 pounds for selling, an increase of 1.76 pounds, compared to yesterday’s close.

While the price of the dollar on the Banque du Caire jumped to register around 17.42 pounds for buying and 17.52 pounds for selling, an increase of 1.76 pounds.

The central bank has set the overnight lending rate at 10.25% and the overnight deposit rate at 9.25%, citing global inflationary pressures exacerbated by the war in Ukraine.

The bank said that global inflationary pressures began to appear after signs of recovery of the world economy from the coronavirus pandemic, due to the evolution of the conflict in Ukraine.

“Added to these pressures are the notable rise in global commodity prices, supply chain disruptions and rising freight costs, in addition to fluctuations in financial markets in emerging countries, which have generated domestic inflationary pressures and increased pressure on the external balance sheet,” the bank said. said.

Headline inflation accelerated to its highest level in almost three years in February, at 8.8% to touch the upper end of the central bank’s target range of five to nine percent.

The evolution of the price of the dollar against the pound

Over the course of more than 83 years, the price of the dollar against the pound has seen many fluctuations, beginning with the value of the Egyptian pound surpassing $5 per pound, until the collapse of the pound against the dollar, which has once worth more than 17 pounds to the dollar.

In 1939, the price of the dollar did not exceed 0.2 pounds, which means that the Egyptian pound could buy 5 dollars, and after 10 years, the exchange rate of the dollar against the pound only increased very slightly, reaching 1949 at approximately £0.25.

With the beginning of the fifties of the last century and the outbreak of the July Revolution from 1952 to 1967, the exchange rate of the dollar registered a great jump against the pound, since it went from around 0.25 to around of 0.38, with an estimated increase of 52%

With the beginning of the nineties of the last century, the continuous collapse of the Egyptian pound against the dollar began, since the exchange rate of the dollar against the pound went from about 0.83 pounds in 1990 to about 1.50 pounds in 1991, with an increase of more than 80%.

From 1993 to the beginning of the new millennium, the exchange rate of the dollar did not increase in significant proportions, since it went from 3.33 pounds in 1993 to register about 3.40 pounds, with an increase that does not exceed approximately 2%.

At the end of 2005, the exchange rate of the dollar against the pound was around 5.75 pounds, an increase of around 15%.

The biggest jump witnessed by the dollar against the pound was the one that followed the revolution of January 2011, where the exchange rate of the dollar went from about 6.50 pounds at the end of 2011 to about 13.25 pounds, achieving increases record over 103%.

The war in Ukraine

The war in Ukraine increased the costs of Egypt’s large wheat import needs, as well as lost tourism revenue from Russian and Ukrainian visitors to Red Sea resorts.

Russia and Ukraine are Egypt’s main suppliers of wheat.

A statement issued by the office of Egyptian Prime Minister Mostafa Madbouly said on Monday that he had set the selling price of the free bread at 11.5 pounds ($0.66) for the one-kilogram packaged loaf.

Certificate of 18% in Banque Misr and Al-Ahly Bank

The duration of the certificate is one year, and the return is paid monthly. The term is computed from the business day following the purchase. The categories of the certificate start at 1,000 pounds and its multiples, and are issued to natural persons or minors. old.

It is possible to borrow against the guarantee of the certificate, in addition to the possibility of issuing credit cards with its guarantee. The certificate can be redeemed after 6 months from the business day following the date of purchase (date of issue).

The certificates can be purchased at any of the bank’s branches, which total more than 750 branches and banking units spread throughout the country.