The price of solidarity 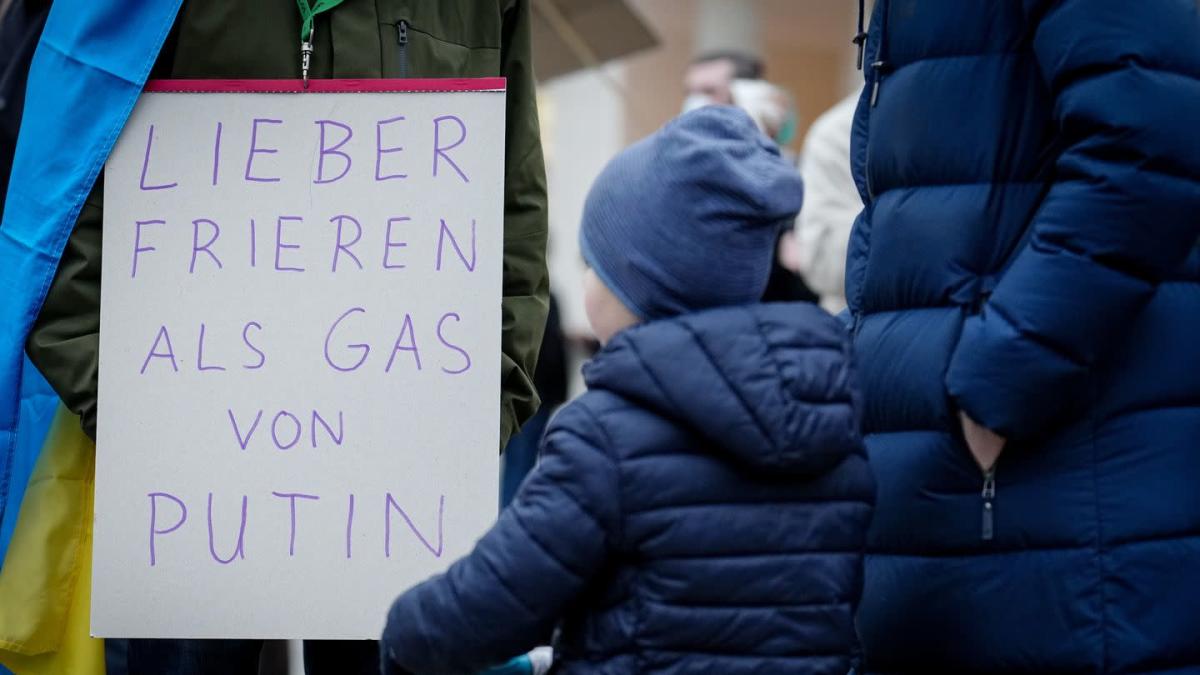 Berlin (dpa) – The feeling is almost tangible: at the train stations, where trains full of Ukrainian families arrive. At the Brandenburg Gate in the midst of hundreds of thousands of peace protesters.

On the train, when the announcements arrive in Ukrainian. Rarely have so many foreigners been received in this country with such open hearts as since February 24, 2022, the day Vladimir Putin’s Russia attacked Ukraine. One gets the feeling that Germany has gotten a little closer since the start of the war. But little by little, many are realizing how much could be at stake: What price are we willing to pay for our solidarity, or even what price can we pay?

The wave of willingness to help does not surprise sociologist Stephan Lessenich. “Spontaneous acts of help are already expected in times of crisis, both individually and collectively,” he says. Politics is carried away by this wave. In Germany, the traffic light government has once again won approval since Chancellor Olaf Scholz announced a sea change in German security policy in the Bundestag. Hardly anyone in Britain asks about the parties in Downing Street anymore, and in the French election campaign, President Emmanuel Macron’s rivals almost seem like spectators to a crisis diplomat.

“An extension of the ego”

It is well known: nothing unites people like a common opponent. Lessenich, who investigates solidarity in times of crisis, sees in compassion, indignation and anger, perhaps even hatred, as the engines of the new attitude towards life. For former federal president Joachim Gauck, there is more: “We want to like ourselves,” he said on the ARD talk show “Maischberger.” “It often happens that by helping people, by sacrificing for others, they are also doing something for themselves.” As soon as one stops constantly calculating the personal benefit of one’s actions, one experiences “ego expansion.” “Then life becomes beautiful, although it becomes more difficult.”

If you believe posters and polls, many citizens want to accept these difficulties. He says “Freeze for peace” or “Better freeze than fund Putin’s war.” It should mean: we are ready to pay a price for our solidarity with the people of Ukraine.

Some call it the “price of freedom,” even if, as social ethicist Michelle Becka emphasizes, people in Kiev, Kharkiv and other besieged Ukrainian cities are more likely to be paying bitterly for their freedom. “In reality, they pay the price for their freedom and ultimately for our freedom, which they defend,” she says. Solidarity from the citizens of Germany is required, “but it can also come at a price.”

It is more and more about money. At least part of the price that the citizens of this country pay for the war is on the gas station signs, it will be on the heating bill in the summer. The prices of electricity, fuel, gas and also food are skyrocketing. Diesel and gasoline have long since surpassed the magic mark of 2 euros at gasoline pumps.

The federal government has released a relief package, but in your wallet you will initially feel that many things are getting more expensive. Because the suppression of the EEG rate can reduce the electricity bill in summer at the earliest. Long-distance travelers will only be relieved with next year’s tax return.

What about solidarity when it comes to the heart of the matter? Lessenich is hesitant: “She will see how quickly she will flip if she really has to wait for restrictions that she can no longer heat her apartment here,” she says. “Then you probably won’t go to the demo and expect ‘It’s better to freeze than Putin’s gas.'”

However, many continue to call on the federal government to actively boycott Russian gas deliveries to Europe in order to further cut off Putin’s money supply. According to a YouGov poll for the German Press Agency, almost one in two people would be in favor of stopping energy supplies, even if it meant price increases for the economy and consumers. And Gauck also says: “We can also freeze for freedom. And we can also bear for a few years that we have less joy and desire to live.»

danger of a split

Economy Minister Robert Habeck (Greens) does not anticipate that it will no longer be possible to heat without Russian gas. But he expects a serious economic crisis with unemployment and company bankruptcies. You could say that peace is worth it, he says. “But then you have to persevere. And we are not talking about three days and not three weeks, but – I will say it now – three years.

So, is the relative price of solidarity higher for some than for others? There are many “who, based on their moral intuition, would like to pay a price for it, but simply can’t,” says sociologist Lessenich. “And those who live in bourgeois neighborhoods in large apartments can, of course, easily utter very euphonious slogans at demonstrations.” Social ethicist Becka also sees the danger of a divide between those whose prosperity is limited and those who are existentially affected.

To compensate for this division, politicians must relieve citizens. “It would be very important to send a clear signal,” says Becka. “Especially for those who already feel pain turning off the heating to refuel.” In the refugee crisis of 2015/16, the mood also changed when more and more people got the feeling: “They get everything and they get nothing”. Citizens are more willing to sacrifice if they see the state doing the same.

The federal government is currently struggling to take further relief measures. Although nothing is ruled out, nothing is planned at the moment, says Finance Minister Christian Lindner. “We must recognize together that accepting negative economic effects is also our contribution to solidarity with Ukraine.”

Green leader Omid Nouripour, on the other hand, believes more help is needed “for weak wallets.” At least the heating subsidy for housing subsidy recipients should now be higher than the planned 135 euros. The sum was calculated before the war in Ukraine, and it is clear that it will hardly absorb the shock of the cost of heating in the summer.

So what about the people who are now wincing at prices at the gas station and heating and therefore a little calmer at the concert of expressions of solidarity? “I think no one should feel bad because they didn’t take in a refugee in 2015 or don’t take in today,” says Lessenich. But you have to feel bad “if you close your eyes to the general context” if you do not take a position on the political issue of the Ukraine war.