The presidential elections will be held on Saturday. Will Iraq come out of the tunnel? 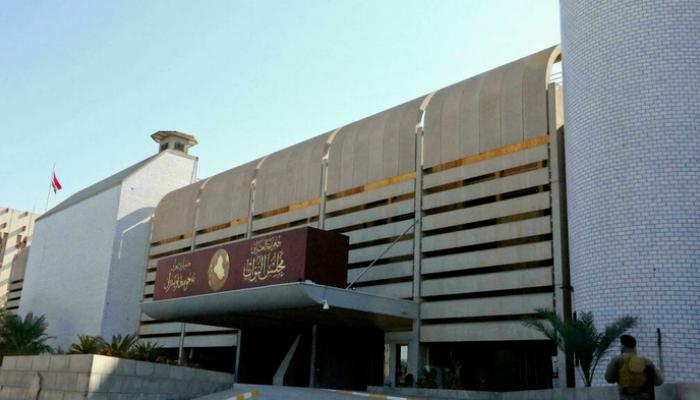 A session of the Iraqi parliament later on Saturday to elect a republican president amid a stifling political crisis and calls for a boycott that may threaten to settle the dispute.

Six months after the early parliamentary elections held last October, Iraq still has no new president, which automatically means a vacancy in the post of prime minister who holds executive power.

And before the parliamentary session dedicated to the election of the president, which is considered the second attempt, the Sadrist bloc, the Sunni sovereign and the Kurdistan Democratic Party went ahead to establish a broad parliamentary alliance called “Save the Nation”.

The constitutional dates in Iraq were scattered as a result of the resources presented by the forces loyal to Iran after registering a setback in the legislative elections, for which he resorted to questioning the announced results to avoid his defeat, before the Federal Court decided on its integrity. .

And the Federal Court, which is the highest judicial authority in Iraq, imposed that the President of the Republic be elected in the presence of two-thirds of the members of the House of Representatives by 220 (out of 329) deputies, which created a framework of coordination; The political umbrella of the forces loyal to Tehran, returns to the political scene from the window of numbers indicated for the quorum of sessions.

At a time when the deadline set to elect the president of the republic (next April 6) is approaching, Saturday’s session is extremely important to resolve the dispute and get Iraq out of a dark political tunnel.

In case of election of a President of the Republic, he must appoint a Prime Minister within 15 days of his election, and generally the candidate of the largest coalition is under the leadership of Parliament, and upon appointing him, the Prime Minister-designate You have a month to form it.

A path imposed by the Iraqi constitution, but its implementation on the ground is often complicated by sharp divisions and crises fabricated by forces loyal to Iran.

The scenario of failure looms over the horizon of Saturday’s session, according to experts who believe that the problem of blocking the third party in Parliament is clear, since the tripartite alliance “Save the Homeland” has not yet been able to confirm the achievement of quorum. for the parliamentary session.

Although the leader of the Sadrist movement, Muqtada al-Sadr, sent an invitation a few days ago to the independent deputies to attend the session, the result is still not guaranteed.

In the event that the Parliament does not elect the new President of the Republic, the presidency of the legislative institution can postpone the election until next April 6, and at the expiration of this term, the Parliament will find itself facing a clear violation of the decision. of the Federal Supreme Court, which authorized the opening of the nomination door only once, and then will face what is called “insoluble failure”.

This means that Iraq can try the scenario of dissolving Parliament at the request of a third of its deputies with the approval of the absolute majority of the number of members in accordance with article 64 of the Constitution, or by decision of the Federal Supreme Court. Court, and in both cases Iraq will face new early elections.

But if the “Save a Homeland” coalition manages to achieve a quorum, the aftermath looks fragile, as forces loyal to Iran, or what is known as the “blocking third,” will work to obstruct all of their decisions and play their part. paper. usual letters, including inciting public opinion with fallacies and other maneuvers that lead to Chaos.