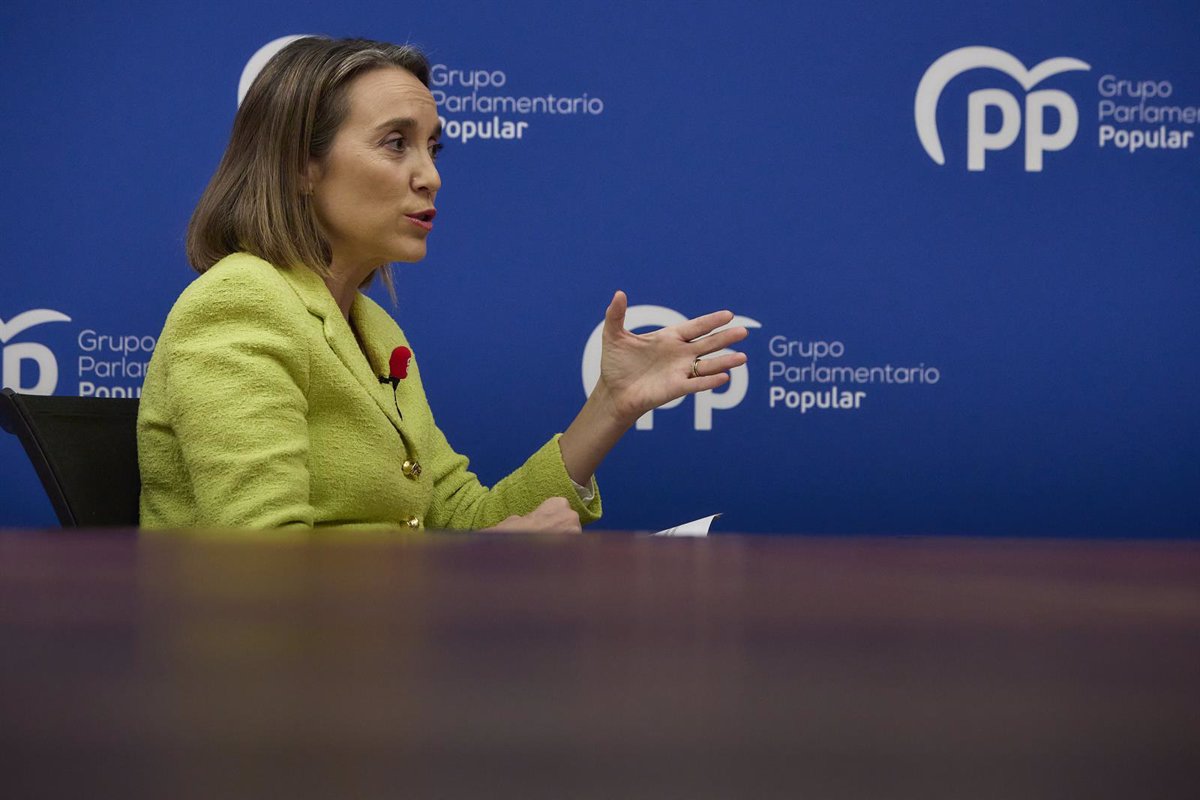 The PP wants the Court of Justice of the European Union to rule on the express reform to encourage the renewal of the Constitutional Court, which came into force last Friday, and to this end will include a preliminary ruling in the constitutional complaint that is preparing against this norm.

This was announced by the Secretary General of the PP, Cuca Gamarra, in an interview with Europa Press, in which she rebukes this new reform which, in her view, the executive has launched for purely “political” interests.

The reform of the Law on the Constitution of the Judiciary empowering the governing body of judges to appoint their respective two members of the Constitutional Court was adopted by a bill processed by the courts in summary proceedings.

This change touches up a rule that was already reformed in March 2021 and then changed to prevent the CGPJ from making appointments during the expiration of its mandate, as it has been since December 2018.

A year and three months later, faced with the need to proceed with the renewal of the TC with the appointment of two members by the CGPJ and two more by the Executive, the Socialists promoted a new reform to allow the governing body of judges to appoint proposals for the Guarantee Court, also during his term of office.

THE APPEAL OF THE PREVIOUS REFORM IS PENDING

In addition, an amendment was introduced during processing in Congress, requiring these appointments to be made no later than two months after the date on which the judges’ mandate to extend them expired, a deadline that will be met on September 13. .

The PP has already appealed to the TC against the reform passed last year, a matter which is still pending. Now he sees “the rights of MPs violated” and also the European mandate that the prison officers affected by such reforms judge them has not been observed.

By carrying out the reform through a PSOE bill instead of a government law, the CGPJ and also the State Council were prevented from giving their opinion on the matter.

On July 11, the CGPJ asked Congress to commission a report on the reform and specifically on the desirability of restoring the power to make other discretionary appointments, for example to fill vacancies in the Supreme Office. However, he refrained from taking the matter to Brussels and merely asked Congress to consult the Council of Europe’s Venice Commission on the reform.

The PP also defended that the opinion of the governing body of judges should be explicitly sought, but their request was also ignored. Gamarra has denounced that this explicit reform “responds to a political interest of the government” but not “a profound reform of what the judiciary needs” because the CGPJ “regains only part of its powers and not all”, he emphasizes those granted by the Constitution itself”.

NO ADVANCES ON THE CGPJ

Furthermore, the “popular” leader has admitted that her party has not spoken to the government about the renewal of the CGPJ. Gamarra insists on defending the proposal that the President of the PP, Alberto Núñez Feijóo, be transferred to the President of the Government, and that, he notes, is
“much deeper” than what those dates are concerned.

“The PP has approached the PSOE to be able to carry out a reform aimed at guaranteeing the independence of the judiciary in the broadest sense,” he stresses, stressing that the independence and impartiality of all its members must be guaranteed and not just theirs that make up the CGPJ, like “Europe also demands”.

“There is an approach to a state pact, there it is, but it seems that Pedro Sánchez only cares about the names of those who will occupy the CGPJ and we are concerned about justice as a whole,” he said Congress.

THE “SAME MISTAKE” AS DELGADO

Finally, Gamarra accuses Sánchez of having made “the same mistake” in appointing Álvaro García Ortiz as the new Attorney General that he made in appointing his predecessor Dolores Delgado.

“He’s making exactly the same mistake again: appointing someone whose independence and impartiality is being questioned, not because the PP has raised it, but because there is a section of the CGPJ that has also decided in this regard, and associations of Prosecutors, who also take a stand, question his impartiality,” he explains.

In this context, he accuses the CEO of not acting like a “good ruler” and instead of questioning the institution, of not looking for a candidate “who has no flaws”.