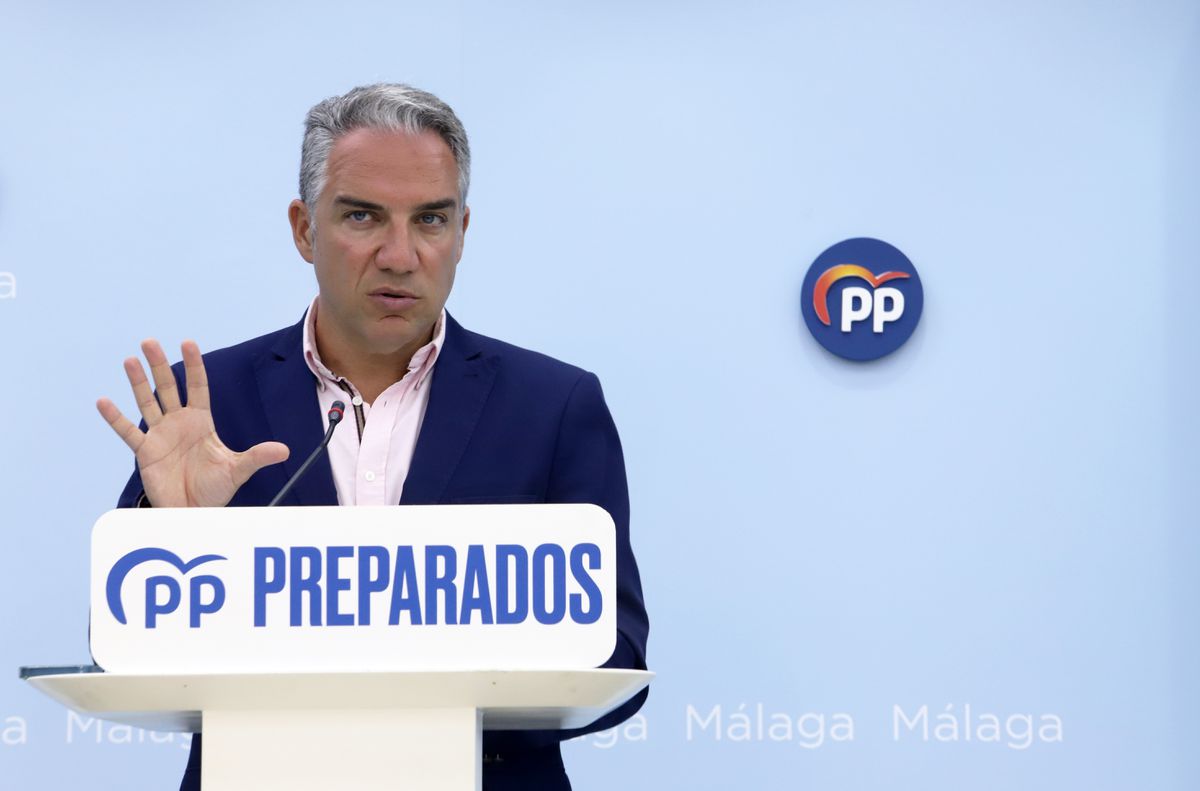 The general coordinator of the PP, Elías Bendodo, showed understanding this Wednesday for the rejection of the energy saving measures approved by the government, which the President of the Autonomous Community of Madrid, Isabel Díaz Ayuso, said with his sentence: “Madrid does not switch off. Taking to Twitter today, Ayuso insisted: “Sánchez says the law is respected in Spain; but it imposes rules that bind only ordinary people, employees, the self-employed and small business owners. As in totalitarian regimes, it reserves the right to do the opposite of what it asks.”

Bendodo said he understands the “anger and frustration” felt by Ayuso and other regional presidents at what he described as the “imposition” of a plan “without any kind of consensus.” Criticism of Ayuso, whose government has recognized that it can only decide within its powers, has been joined by the Murcian government of the PP, which is also exploring legal avenues to avoid its application. The Basque government, in the hands of the PNV and PSE, has also distanced itself in recent hours, calling it a “gimmick”. And in the Balearic Islands, PP leader Margarita Prohens has asked President Francina Armengol to raise her voice to Pedro Sánchez and let him know that the energy saving plan harms business interests. The PSOE and several government ministers have asked Alberto Nuñez Feijóo to put the PP in order, recalling that these measures seek to avoid greater evils such as the closure of companies.

The energy saving plan includes limiting the use of air conditioning in shops, department stores, hotels and public buildings to 27 degrees in summer and switching off shop windows at night week, seven days after publication of the decision this Tuesday in the state gazette. All this in the face of the economic crisis caused by the war in Ukraine and in the face of an autumn when there are fears of inflation and the risk of gas supply cuts. In the face of the initial criticism, the Prime Minister called on all parties and administrations to flee unilateral and self-serving behavior as a measure decided out of “solidarity” with Europe and “energy blackmail” by Russian President Vladimir Putin to oppose

The popular have insisted they are ready to negotiate with the executive over the power plan, despite the criticism. “We are again contacting the government to sit down and discuss how to deal with this situation, which is now worrying us and which may become very complicated from the autumn,” assured Bendodo. “The presidents of the autonomous communities and the mayors are the ones who have the autonomy to apply or not the measures proposed by the government,” the said number three of the popular

After Ayuso’s threat, the Madrid PP said it was considering appealing the government decree to the Constitutional Court, claiming it clashes with regional powers. Despite this, the vice-president of Madrid, Enrique Ossorio, has acknowledged that the Autonomous Community of Madrid will abide by it even if they take him to court. “We have a bad habit of obeying the law whether we like it or not,” he explained. in the cope. In Murcia, Presidency Minister Marcos Ortuño announced yesterday that they were looking into all legal options, although the local press adds, citing sources from Murcia’s executive branch will not reach standard. The mayor of Oviedo, Alfredo Canteli (PP), also expressed his disgust at the measures: “We will have to wait, but my resistance to dictatorships, and that is full dictatorship, is constant. We have to make people aware that we have to save energy and that everyone does it within their means,” he explained in the same train station.

PSOE spokesman in Congress Patxi López has criticized the PP’s Elías Bendodo yesterday for granting its regional leaders “immunity for committing crimes”, saying they are free to decide whether to apply the decree or not. “A decree is fulfilled; if not, the courts will have to act,” stressed López at a press conference in Bilbao. The socialist leader has asked Feijóo, who took over the reins of the PP last April after a deep internal crisis, to make it clear to his leaders that they must obey the law. “Failing to comply with this decree or giving freedom to comply or not to comply is simply impunity for committing a crime, it is not freedom,” López said. The socialist spokesman also recalled that not complying with the decree put them “against the EU”, in addition to expressing “absolute lack of solidarity” with European partners Spain and the Spanish.

“We’re trying to avoid greater evils, such as business closures or family spending cuts,” López added. Hours earlier, Justice Minister Pilar Llop and Transport Minister Raquel Sánchez had also insisted that Feijóo put his education in order. Llop has called it “unrepresentable” that a regional president is “against Europe and European politics” to deal with the war in Ukraine, and Raquel Sánchez has ugled Ayuso for turning his community into “some kind of village gala”. wool.

The Basque government – whose Economic Development Minister Arantxa Tapia called the measures a “gimmick” – has not refused to apply the government’s guidelines, but has distanced itself from some regulations. “We do not think it appropriate to apply the same measure to all groups and situations at the same time,” said Tapia of the PNV. in an appearance. The minister has insisted that Euskadi “has been and will be exemplary in its commitment to energy efficiency”, but stressed that the circumstances and needs are different in schools or care homes, for example. “Let’s be flexible. Bars and restaurants have suffered a lot during the pandemic, now we have to listen to them. There are many energy efficiency measures and we can act in many ways,” Tapia stressed. “Let’s see if we all roll up our sleeves to avoid greater evil,” countered Patxi López, who specifically cited the closure of Basque companies.

The socialist government of the Balearic Islands has proved to be “perfectly consistent” with the measures approved by the government, according to regional vice-president Juan Pedro Yllanes. The energy transition minister, also, has indicated that the islands have “a commitment” to the measures adopted by the central executive. “We need to agree with the sector on how best to adapt it,” explained Yllanes, who plans to meet with the islands’ business associations to agree on an aid for small business people with the aim of making their facilities for to prepare the date when the measures will be mandatory, “and it does not pose an economic problem for them”. PP Balearic President Margarita Prohens has encouraged Balearic President Francina Armengol to face the Prime Minister. “I ask Armengol to be brave and raise your voice to Pedro Sánchez and tell him that business damage is happening here. All I ask of Armengol is that he sits down and does something he hasn’t done in seven years, that he listens.”

With information from Lucy Bohorquez.

Previous articleBrussels is providing €25.5 million in aid for two migrant reception projects in Ceuta and the Canary Islands
Next articleThe Netherlands announces emergency plan due to water shortage