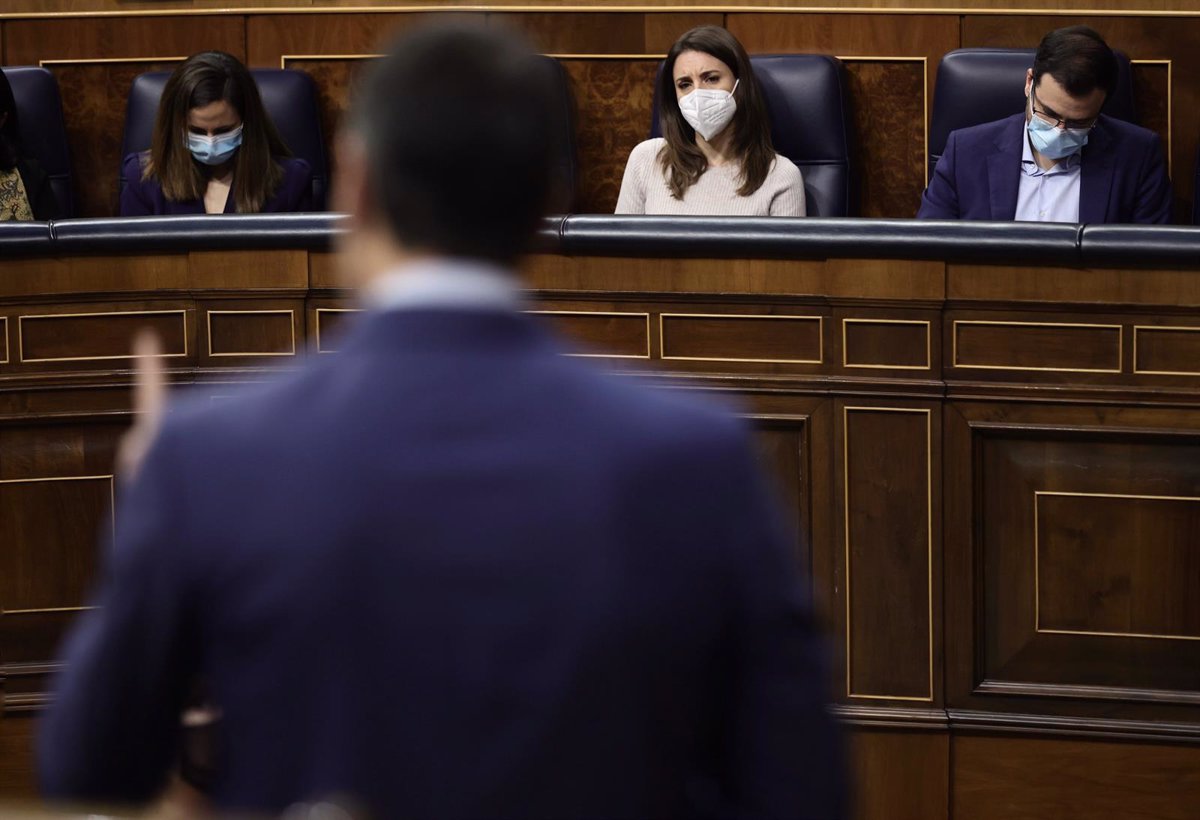 The PP is due to vote on a motion next week in the plenary session of Congress, coinciding with the NATO summit in Madrid, to highlight the division foreign and defense policy is causing between the two partners in the coalition executive.

This is a request resulting from the interpellation that the spokeswoman for the PP Abroad, Valentina Martínez, addressed to the head of the section, José Manuel Albares, last Wednesday. During the debate between the two, the “People” stressed to the minister that “improvisation and amateurism” leave Spain in its most vulnerable external position, and he criticized her for the lack of “state consciousness” with which she believed she was the first opposition party in foreign policy.

The motion, which Europa Press had access to, consists of a total of 15 items, which the PP is expected to vote on separately next Thursday, to coincide with the conclusion of the NATO summit.

Thus, the “people” asks Congress to review the results of this forum, the NATO summit, to support the organization’s missions in which Spanish troops are taking part, to strengthen our presence in all collective security systems and to develop a common defense within the framework of the Congress to support the EU, in complementarity with the Alliance.

In the same text, they advocate promoting the fact that the new strategic concept provides for the guarantee of the entire national territory, with particular attention to the areas outside the peninsula, ie the islands and Ceuta and Melilla.

They also include a point to ensure “adequate financing of national defense” so that it reaches 2% of GDP before 2030, as well as to speed up the modernization of the armed forces’ capabilities and the improvement of the conditions of the military personnel.

Another of his demands, which United We Can is sure to refuse, is recognition of “the role of the United States in defending the security and freedom of Europe.” They also call for support for Sweden and Finland to join NATO and condemn Turkey’s “blocking” of this possibility.

Likewise, the PP proposes that the Chamber urge the government to further increase military support to Ukraine in the face of Russian aggression, to recognize the role of Ukrainian President Volodymyr Zelensky in defending his country’s independence and integrity, and the decision of the European Commission to consider Ukraine as a candidate country for EU accession.

But the group led by Cuca Gamarra is taking advantage of his request to include demands relating to the Sahara, Latin America or the working conditions of foreign workers.

Therefore, the PP hopes that Congress will ask the government to reorganize political, economic and commercial relations with Algeria and “to restore the position of active neutrality on the future of the Sahara”, meaning that President Sánchez will correct his revolve around the former colony. If that point goes through, it would be the fourth time the House of Commons has censured the chief executive’s endorsement of Morocco’s proposed autonomy path, another issue dividing the PSOE and United We Can.

Finally, faced with the “threats to freedom” registered in Latin America, according to the PP, the motion calls on the government to “promote a policy based on the promotion of democracy, the separation of powers and the guarantee of all individual and collective rights and freedoms .