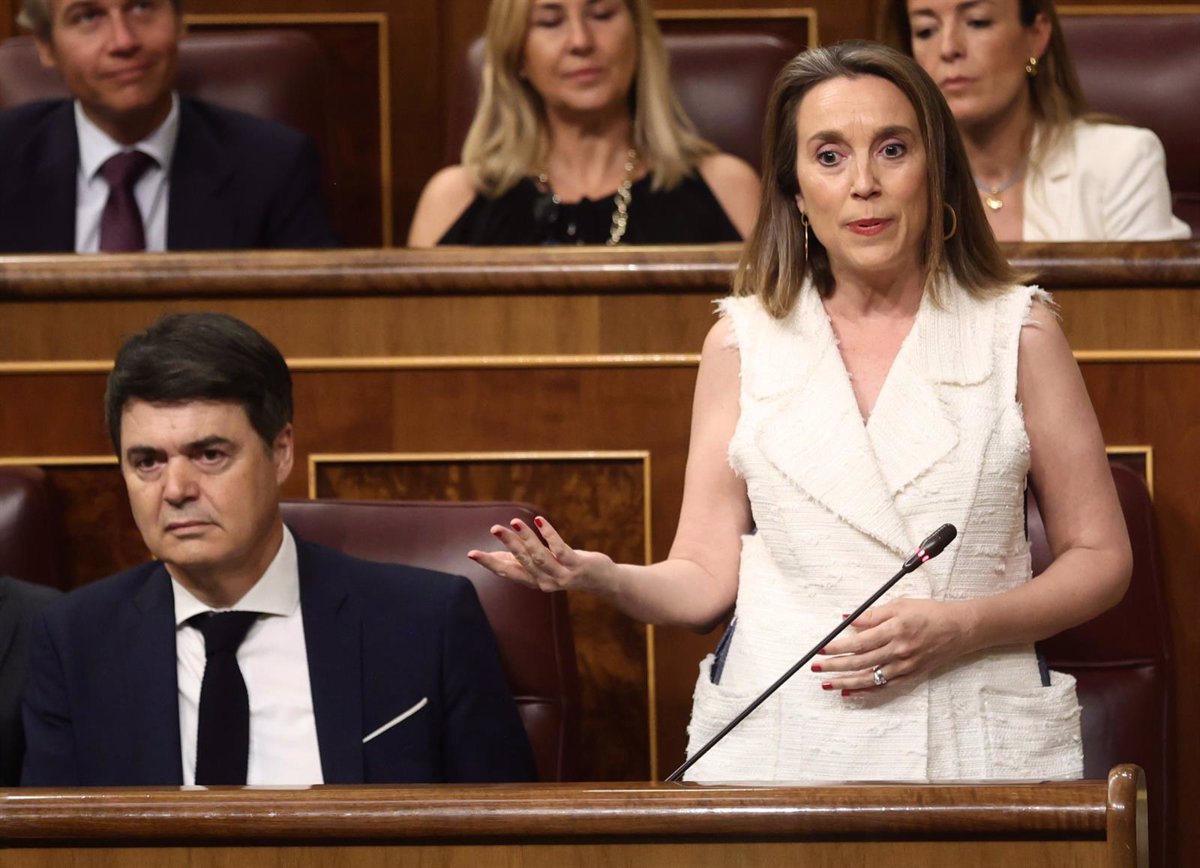 The Secretary General of the PP, Cuca Gamarra, this Wednesday welcomed Prime Minister Pedro Sánchez’s “correction” by now accepting to reduce VAT on electricity, as requested by his party, but stressed that this is a measure that matters . Afternoon”. In fact, he pointed out that the Spaniards would have saved around 200 million euros if it had been adopted three months ago, when Alberto Núñez Feijóo proposed tax cuts at the Conference of Presidents on the island of La Palma.

At the Congress control session, the Prime Minister announced that the legislative decree that the Council of Ministers will adopt this Saturday to expand measures to mitigate the economic impact of the war in Ukraine will include a reduction in VAT on electricity from 10% to 10% will include 5%.

In statements to journalists on the corridors of the House of Commons, Gamarra acknowledged that it was a “reasonable measure” entrusted to him by the PP leader “from the very first moment” and that it was included in the economic plan that he in Moncloa in April to deal with rising inflation.

“COMMITTED” BY THE “VARAPALO” IN THE ANDALUSIANS

However, Gamarra has stressed that it is a “mandatory” measure for Sánchez, not because of “how badly the Spaniards are doing” but “because he is doing so badly himself” after the “electoral setback” he suffered his Party in the elections in Andalusia.

The ‘number two’ of the PP has ensured that the VAT reduction comes “late” and has recalled that Feijóo, still President of Xunta, Sánchez at the Conference of Presidents of La Palma on March 13th “the need for a tax reduction ” transmitted and work towards it. “But he broke his word,” he complained.

He also added that Feijóo later, already as PP leader, submitted an economic plan to the governor with a “set of measures”, including reducing VAT on electricity and gas to 5%. “It was rejected and just today Pedro Sánchez has said that he will accept this VAT reduction in the next royal decree that they will approve on Saturday,” he added.

According to Gamarra, it is “unfortunate that the election had to take place in Andalusia” that Sanchez is “reacting” and taking a measure that is “very positive for the Spaniards”. In addition, he has indicated that the move confirms that the actions taken by the executive to date are “not adequate”.

However, the leader of the PP has stressed that her party is asking how much money Spaniards could have saved if they had opted for this tax cut since the Conference of Presidents in March. “We are talking about around 200 million euros that the Spaniards could have saved and that they paid VAT because it was not reduced from 10 to 5 percent from the first moment,” he claimed.

Gamarra has insisted that this “correction” is “on the right track” but that it is a “small step” that must be accompanied by further measures such as those contained in the PP’s anti-crisis plan, among which he I quoted deflating the income tax rate for the middle and lower classes, streamlining European funds to reach the corporate structure and reducing superfluous spending.

The Popular Group spokeswoman has again urged the chief executive to review and analyze these measures to “correct erratic economic policies” she says the government has been implementing so far. “We invite you to continue on this path and really correct it by applying the rest of the measures, which are very interesting and positive and have a lot of social support,” he added.

Gamarra has confirmed that the PP has not yet had contact with the executive to discuss the anti-crisis decree that the government intends to adopt on Saturday. And when asked what the ethnic group’s position will be, she has indicated that once they know the content of this royal decree, they will appreciate it.

- Advertisement -
Share
Facebook
Twitter
Pinterest
WhatsApp
Previous articleAccording to one report, the pandemic is “slowing down” the recovery of social services in Spain
Next article“The risk is high when explosives are handled”, Minister of the Interior on the death of a member of the community in Puyo