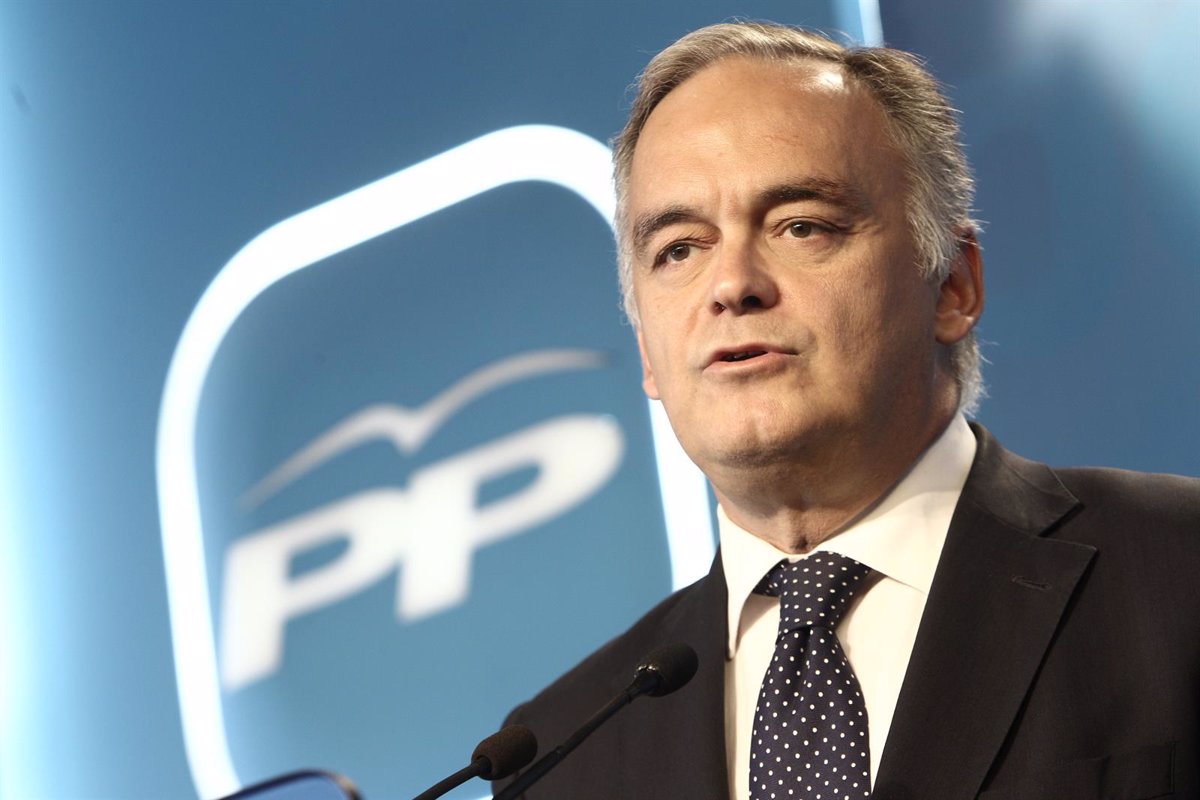 Pons urges Sánchez to “retire” after his words: “It pains us to hear him say that more than 30 deaths is a matter well resolved”

The PP has called for Prime Minister Pedro Sánchez to appear urgently in Congress to explain the “serious events” following the attempt to jump over the Melilla fence last Friday, which claimed the lives of more than twenty people. In his opinion, in this appearance he must specify the “state of the policy of security cooperation with Morocco” and clarify the circumstances of this event that involved many victims.

Therefore, the party led by Alberto Núñez Feijóo believes that “the circumstances that led to this tragic outcome should be clarified” and whether the Interior Ministry had any information about what would happen.

“All sane and decent people want these facts to be clarified. Are we going to turn the page with so many dead?” stressed PP Deputy Communications Secretary Esteban González Pons, pointing out that the PP Steering Committee had approved a condemning statement what happened in Melilla after the “new attempted massive attack” with “horrible loss of life”.

González Pons has stated that “under no circumstances” can it be guaranteed that the result “is well resolved”, as Pedro Sánchez said, and has asked the Chief Executive to “withdraw” this claim because “under these circumstances no death is indifferent can be”.

“It seems incredible to us and it pains us to hear Sánchez say that more than 30 deaths is a problem well solved,” exclaimed the PP leader, who pointed out that “something is not working in this government of socialists and Podemos what has to do with morality.”

The institutional leader of the PP recalled that Pedro Sánchez is the president who received the Aquarius with “open arms” and from then until this weekend “conveyed a whole series of ideological positions”. “We believe he made a mistake and must take those words back,” he said.

In its statement, the PP assures that “unfortunately, the violent attacks on the borders of southern Spain continue, with dramatic consequences from a human point of view”.

Apart from asking the governor to take back his words, the PP expresses its support for the Spanish security forces because, as it adds, “the central government is forcing the national police and the Guardia Civil to work in precarious conditions”. Off For this reason, he demands that they “provide sufficient resources and strive for greater cooperation in the fight against the human trafficking mafia”.

In addition, the PP calls for the central government to anticipate more of the circumstances that may arise at the border. The concentration of migrants experienced this weekend in Melilla shows that “security and migration control have not been consolidated, as the Prime Minister stated in March 2022 to justify “his unilateral change in foreign policy” towards the Sahara.

In his opinion, had early action been taken, there would not have been such a concentration of migrants at the border, nor would the mafias have dared to encourage a new massive invasion of Spanish territory.

The PP regrets the “abolition of the borders of Ceuta and Melilla by the Spanish government”. “There was a lack of police presence on the Spanish side of the border and this lack of protection was no doubt well known to the trafficking mafias,” the text reads.

In this sense, the PP calls on the governments of Spain and Morocco to cooperate on forecasts and early warnings so that this situation does not repeat itself. “As has been shown this weekend, the massive avalanches against our border are causing serious human damage, so efforts must be aimed at avoiding them,” says the “Volk”.

After emphasizing that migratory flows must be orderly and lawful, the PP rejects “irregular immigration, which is always accompanied by the exploitation of people and, in the case of the Ceuta-Melilla borders, also by violence”.

PROTECTION OF THE TERRITORIAL INTEGRITY OF CEUTA AND MELILLA

Likewise, the PP calls on the executive, as it did in its proposal for a state pact on national security, to demand at the NATO meeting that Spain’s allies include the protection of the “territorial integrity of the member states” in such a way that there is no doubt about it the perimeter secured by the Alliance.

In the final point of its statement, the PP asks for clarification on the circumstances that led to this “tragic outcome” and whether the Spanish Interior Ministry “had any information about what was going to happen”.

In addition, the PP points out that the Prime Minister must “urgently” appear in Congress, explain the state of cooperation policy with Morocco on security issues and clarify the circumstances of this event that has caused so much pain, as well as his personal position on the matter” .

“An event like the one we saw on TV cannot satisfy anyone,” said the PP leader, who insisted that what happened had to be clarified.

However, González Pons assured that cooperation with Morocco must be “intensified” because “if we look ahead and at an early stage, such concentrations as those that took place in Melilla on Friday would not take place”.