The PP-A gains three senators and will have five, the PSOE keeps three and Vox one on behalf of Andalusia after 19J 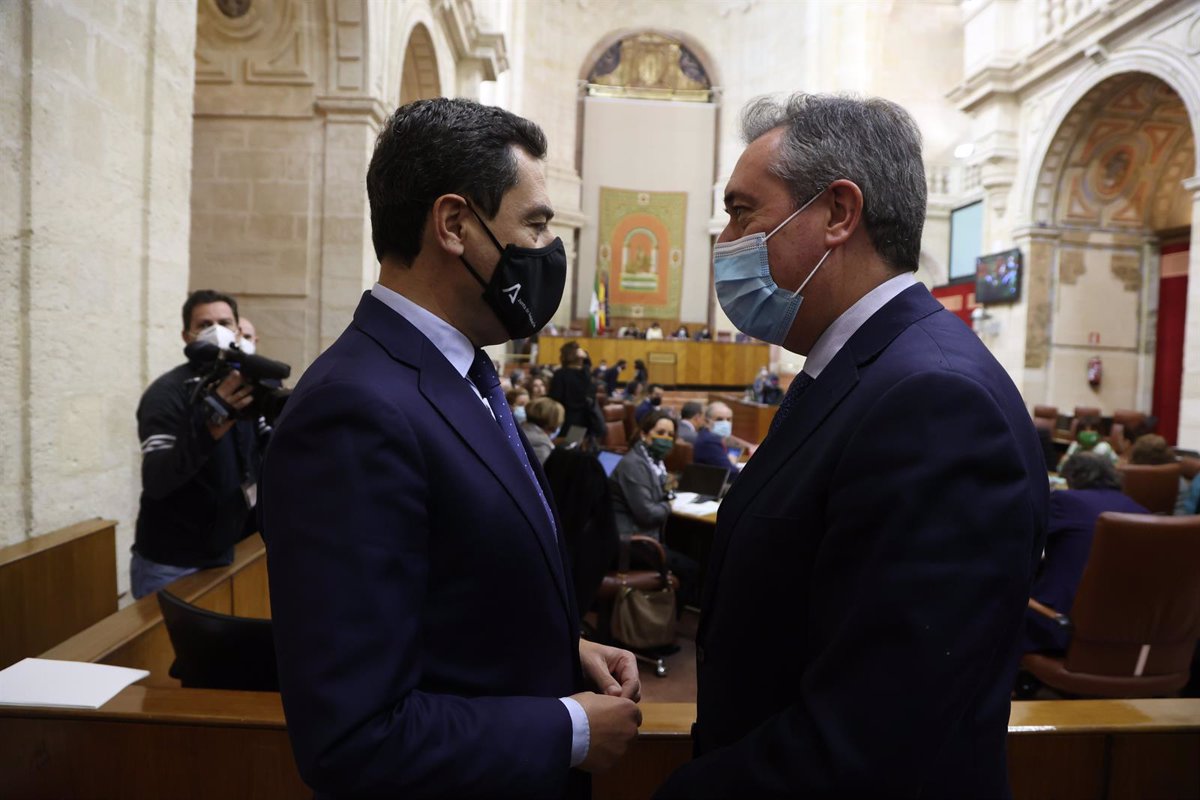 The result of the elections to the Parliament of Andalusia on June 19th will lead to a distribution of the senators of the Autonomous Community that reproduces the absolute majority achieved by the PP-A with its 58 seats. In this way, 5 senators will correspond to the PP, three to the PSOE and one to the Vox, according to parliamentary sources transmitted to Europa Press.

The distribution made after the constitution of the Andalusian Parliament of the XII. legislature will come out will disrupt that of the last legislature.

The PP will win three senators compared to the two it matched with the 26 deputies it achieved in 2018; the PSOE stays with the three it got for its 33 MPs and Vox keeps the ones it currently has.

Citizens affected by the results of this Sunday will lose the two senators they achieved in 2018 with their 21 seats and Adelante Andalucía, as a confluence of the United Left and Podemos, will also lose the senator corresponding to him in the XI. Legislature for their 17 MPs.

Andalusia has to appoint 9 senators for this concept. The Organic Law of the Electoral Regime (Loreg) determines in its Article 165.4 that “the Autonomous Communities shall also appoint one Senator and one more for every million inhabitants of their respective territories”, which in the case of Andalusia will be this one plus another eight per 8.5 million inhabitants .

The senators are distributed according to the D’Hont Law, so the seats obtained by each party represented in the Legislative Assembly of Andalusia must be divided by the number of senators to be designated to represent the Autonomous Community. The highest odds achieved by each party determine the distribution of these 9 senators.

In addition to the Loreg, the Statute of Autonomy, the regulations of the Andalusian Parliament, Andalusia has specific regulations on the procedure for electing senators: Law 19/2007 on the appointment of senators representing the Autonomous Community of Andalusia.

Article 3.3 of Law 19/2007 states that “the table of the Chamber, in agreement with the Council of Speakers, establishes the number of male and female senators corresponding proportionally to each faction, applying the D ‘Hondt rule to the number of deputies and deputies that every faction in the Parliament of Andalusia has”.

The Ordinance of the Parliament of Andalusia stipulates in Article 180.3 that “the President of the Parliament shall determine the term of office during which the representatives of the various political groups must propose their candidacies”, so that “after the end of the term of office, the proposals shall be presented in public” and to ” will convene the plenary session of Parliament for the appropriate designation”.

Article 106.17 of the Statute of Autonomy states that “nomination may fall to any citizen who has the political status of Andalusian”, so he does not necessarily have to be chosen from among the regional parliamentarians.

Currently, the nine senators representing the Autonomous Community of Andalusia are Juan Espadas, Susana Díaz and Marisa Bustinduy for the PSOE; Javier Arenas and Teresa Ruiz-Sillero for the PP; José Luis Muñoz and María Ponce for Ciudadanos; Jacobo González-Robatto for Vox, belonging to the mixed group; and Pilar González for the Confederal Left Group.

- Advertisement -
Share
Facebook
Twitter
Pinterest
WhatsApp
Previous article“Her hips are burning”, Shakira dances “Suerte” and proves that celibacy suits her perfectly
Next articleKim Kardashian, JLo and celebs who congratulated their exes and the parents of their children and gave a lesson in maturity