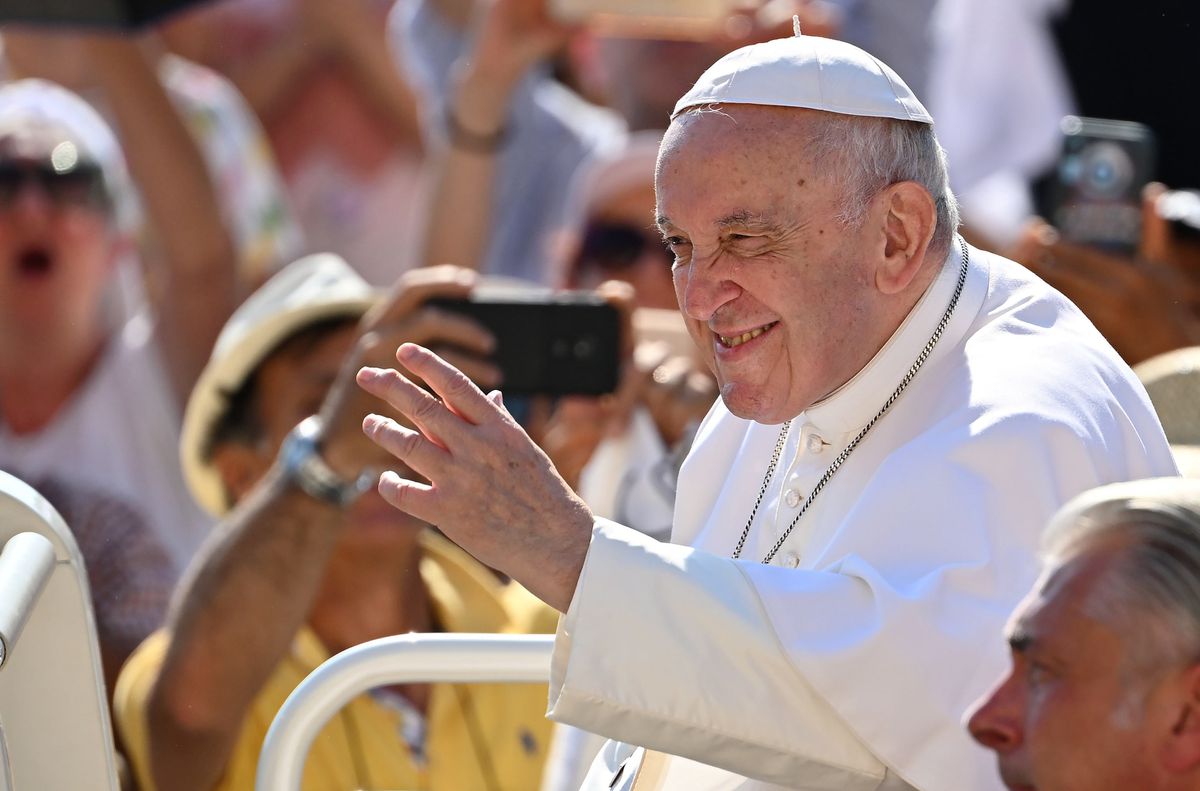 In the past few weeks, the conclave drums have been beating again in Rome. Three facts that give oxygen to the theory of renunciation have coincided in time. The 85-year-old Pope, now in his tenth year as a pontificate, has knee problems that have left him in a wheelchair and forced him to cancel an ambitious trip to the Democratic Republic of Congo and South Sudan just two weeks ago; In addition, he has convened a great consistory for the month of August, in which he will definitively shape the personality of the majority of cardinals who will elect the next pope, and finally, for the same month, Francis has scheduled a visit to L’Aquila, where He will attend the celebration of forgiveness given by Celestine V, the first pope to resign in 1294, and by Benedict XVI. inspired his historic resignation. However, the sound of the drums now seems closer to conjecture than to Francisco’s intentions. The Vatican Gardens, everyone agrees, are not that big for two retired Popes.

A dozen popes, more or less compelled by their environment, circumstances, or death threats, resigned during their tenure. This happened primarily in the Middle Ages due to the political and ecclesiastical instability that existed before the consolidation of the Papal States at the end of the 15th century. The only one who did this freely in modern times was Benedict XVI. in 2013, realizing that his strength was no longer sufficient to face the reforms that the future required and to withstand the onslaught of his enemies. Ratzinger himself, now 95, summed it up like this: “I am a shepherd surrounded by wolves.” Jorge Mario Bergoglio repeatedly emphasized that the example of his predecessor would serve as inspiration if necessary. But the idea of ​​Francis stepping down seems impossible while his predecessor is alive.

Austen Ivereigh, author of several works on Francis and his monumental biography, The great reformer. Portrait of a Radical Pope (Ediciones B, 2015) he does not believe that his physical condition would justify his resignation. “When I saw him, it seemed to me that he was in pain, but not that he was frail or weak. Also, it is hoped that he can be cured, even if he doesn’t want to have surgery. And as he said, to rule the Church you need the brain, not the legs. Speculation is natural, but I see no reason to think we’re going to reach the end. What about L’Aquila? It seems absurd to me that Benedict XVI. refrained from traveling some years later,” he explains, referring to the August 28 visit to the place where the remains of Celestine V, a hermit monk who was pope for five months in 1294, are kept, and he resigned because of ecclesiastical corruption (like Ratzinger according to unofficial accounts). Still, Ivereigh is inclined to think Francis will eventually follow suit. “I have no doubt that when he plays he will recognize it. And it will be when he has no more strength. When you think the time has come, you will have no doubts. I’m sure. But I insist it all comes down to the strength you have.”

The Pope’s current strength is due to an illness in his right knee about which there is no official information and for which the Pope does not want surgery. An injury that causes severe pain that is visible on the face at certain times, but should be treatable due to infiltration. Francisco needs to rest and move around in a wheelchair at the moment. “You don’t have to go to govern, but in the symbolism of power, especially in such a vertical papacy, it may not be the best message either,” says a senior Curia official.

Neurologist and journalist Nelson Castro, author of the book Potato health. Medicine, Intrigue and Faith by Leo XIII. to Francis (Sudamericana, 2021) recently spoke to the Pope and believes that “the rumors of his resignation are unfounded”. “The Pope has neither the will nor the thought to resign. Except for the knee problem, a ligament tear from a bad move, he’s perfect. This makes it difficult for him to move, but does not prevent him from completing his task. He is reluctant to have surgery because a year ago he had a hard time recovering from the anesthesia from colon surgery [fue operado de una diverticulitis que ya desató también todo tipo de rumores]. The latest information I have is that he is feeling better and rest brings relief. And that’s the only way surgery can be avoided.” Castro also points out that the pope indicated at a meeting that he would not resign as long as Benedict XVI was still alive: “He told me, ‘You see, it’s impossible ‘to make a pope emeritus.’

Most sources consulted believe, as Castro points out, that Francis has no intention of resigning and will not consider doing so until Benedict XVI. lives. In addition, the historian and former director points out L’Osservatore Romano, Giovanni Maria Vian, “no resemblance to the phase that led to the resignation of Joseph Ratzinger”, and this allows parallels to be drawn. “I think he has more of the example of the pope who made him a cardinal [Juan Pablo II]who has not resigned. Wojtyla to the final consequences, when the situation was much more serious,” he emphasizes. But there is another element that has triggered the alarms of the Vatican Sanhedrin that must be interpreted through Francis’ legacy in the church of the future.

The pope has convened a new consistory – the eighth of his term – to appoint 21 new cardinals, 16 of whom can enter the conclave that will elect the next pope. Francisco will also take advantage of the August 27 appointment to gather all the cardinals for two days to debate the new apostolic constitution (predicate gospel), the major reform of his mandate (Benedict XVI surprisingly and in 2013 used a speech in Latin before the cardinals, who gathered for a series of canonizations, to announce his resignation). Beyond the forum, which constitutes such an act, Francis is accorded by the consistory an absolute majority of the cardinals he has appointed: 83 of the 132 cardinals entitled to vote are his creatures. But a majority guarantees nothing in matters of Heaven.

During his long pontificate, John Paul II created 113 of the 115 cardinals who would elect the next pope. However, the conclave determined that the new pope should be Joseph Ratzinger, one of the two he had not appointed. The other, the American William Baum, had a hard time back then: He was in a wheelchair. In any case, the composition of the new College of Cardinals speaks of an international conclave, much more peripheral and far removed from the traditional Italian cliques (Spain is the only country with a representative in each convocation). But also from a pastoral profile much closer to the Pope.

Guess and pools aside, it’s impossible to determine how much of Bergoglio’s mandate remains. Church historian Alberto Melloni insists on a crucial truism: “No one knows anything.” “We are in the final stages of the pontificate, that is obvious. Even a fool would understand. But these stages can be very long or shorter. John Paul II’s lasted 12 years and Ratzinger’s only one year. The important question in all of this is the institutional and procedural aspects. The only requirement that canon law makes of a pope’s resignation is that he be free to disobey advice, interference, or petition. The only thing you should decide now is that two resignations in a row can put pressure on the successor. One resignation from time to time is not a precedent, but two, yes,” he insists, underscoring the jurisprudence that could be.

One of the key questions is exactly how a pope who steps aside should be treated. Some now believe that if Benedict XVI’s decision became the norm, it would be impossible to maintain the status of pope for those who decide to resign, and they would have to become mere cardinals. Melloni believes “a resignation law is necessary”. “But the question can be treated as if it were the Bishop Emeritus of Rome [el Papa es también el obispo de la capital de Italia]. Nobody cares that there are two bishops emeritus from Milan or Paris. Where there is one, there can also be two. In the pope’s mind, it’s more difficult, because one thing Ratzinger sensed is the idea of ​​being under house arrest in the successor’s domains. The Vatican is large and can accommodate two invisibles. The question is not how many emeritus live in the Vatican, but whether Francis is convinced that his resignation does not imply his successor. If you give up, you have to be strong. You don’t give up when you’re weak, but when you’re still strong.”