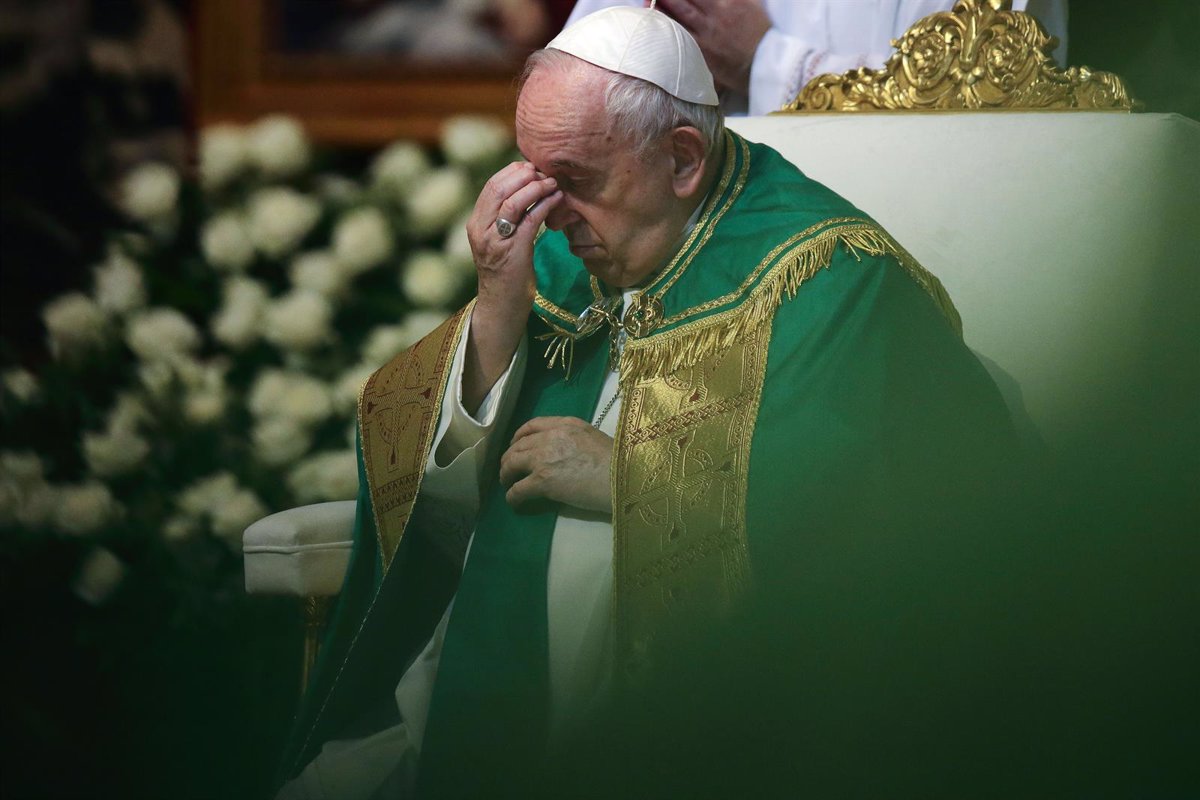 The Pope will travel to Canada on Sunday July 24 to apologize to the indigenous peoples of that country for the Catholic Church’s complicity in the violence perpetrated between 1883 and 1996 in boarding schools in that country and in the United States took place, carried out a policy of forced assimilation of European culture. Despite the cancellation of several of his activities due to mobility problems caused by the pain in his knee, the Pope has decided to keep this appointment.

According to the Vatican program, Francis, who turns 86 in December, is to visit the cities of Edmonton and Quebec and travel to Iqualuit in the Arctic Ocean. During the six-day trip, he wants to meet indigenous First Nations, Métis and Inuit communities, whom he received at the Vatican in early April and apologized for the “regrettable behavior” of members of the Catholic Church in the assimilation system.

It is estimated that around 150,000 Indigenous children between the ages of 3 and 16 were forcibly detained, often against the wishes of their parents, in dormitory schools administered by Catholic, Anglican and Protestant religious orders. 46% of these boarding schools were entrusted to Catholic institutions. There, the minors were systematically abused physically, sexually and psychologically. The discovery of hundreds of unmarked graves at several of these centers sparked worldwide consternation and confirmed these abuses.

The Pope had to cancel trips to Congo and South Sudan, where he was planning to go in the first week of July, due to problems with his right knee. Although he has been spotted walking on his own two feet and without a wheelchair in recent weeks, his mobility issues are evident.

The fact that his physical condition has not improved since then suggested that the trip to Canada might be suspended, but eventually the decision was made to go ahead with the visit. Of course, several measures have been taken to avoid unnecessary trips. He made the announcement this Sunday, July 17, at the Angelus, his only public appearance during the summer month.

“God willing, I will leave for Canada next Sunday,” said the Pope, “I will travel to meet and embrace the indigenous people in the name of Jesus, because unfortunately many Christians and members of religious institutes have adhered to the policy of cultural assimilation . that have seriously harmed native communities in the past.

Canada’s bishops warned that the pope’s public actions on his planned July 24-30 trip to his country could be at a premium because of “his advanced age” and the physical “limitations” caused by the pain he is bearing throughout his life hour to be limited. right knee due to a cartilage wear problem.

The itinerary includes a transfer from Rome to Edmonton, Canada’s second largest indigenous population, where in addition to these communities he will host a community meeting.

The visit ends on Friday, July 29, with meetings in Quebec and Iqaluit, the main Inuit urban center, where he will visit one of the schools where the indigenous people have been mistreated. This will undoubtedly be one of the key moments of the journey. From there, once the Pope has reaffirmed his forgiveness for all of the Church’s past mistakes, he will fly to Rome, where he is expected to land on Saturday, July 30.

Several Indigenous authorities have indicated that the papal trip is a step in the right direction, although many have criticized that the pope’s itinerary in Canada does not pass through Kamloops, the British Columbia community where the first unmarked graves were found became.

The logo for Francis’ trip to Canada was designed by an Aboriginal artist and has the motto “Walking Together”. It is a circle that includes Catholic symbols (such as a dove representing the Holy Spirit and peace, or the keys of Saint Peter) and also Canadian indigenous people (eagle feathers, arctic salmon, caribou and bison).

Previous article“Lucid Dreaming”: A Guide to Developing This Altered State of Consciousness
Next articleDirk Borchardt: Baby over there! The actor and his Katya are now parents