The Pope apologizes to the native people of Canada and condemns the church that has “adopted the colonialist mentality of the powers that be”. 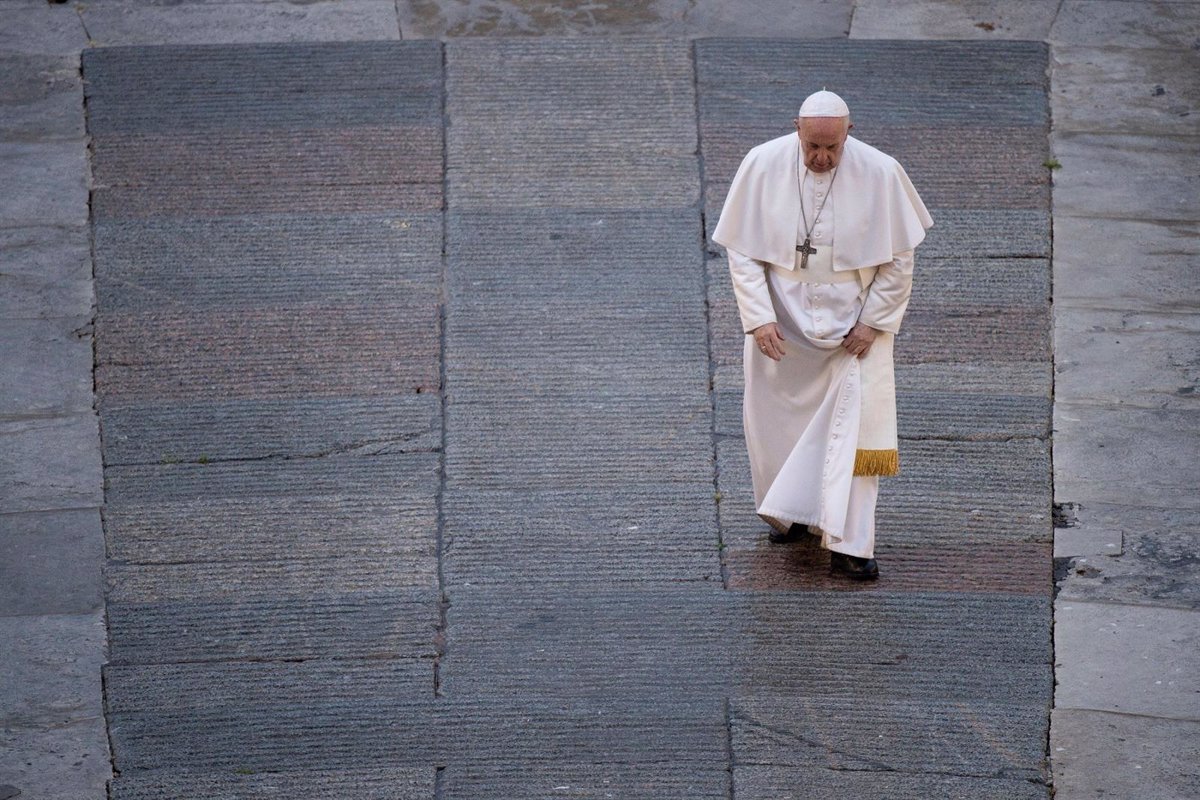 The Pope has asked for “pardon” from the indigenous communities of Canada, before whom he has also shown himself very “hurt” by the responsibility that the Church had in the assimilation policy of the boarding schools, while at the same time condemning the “colonialist mentality of the powerful” .

“I am among you because the first step of this penitential pilgrimage is to renew my request for forgiveness and to tell you from the bottom of my heart that I am deeply hurt: I apologize for how unfortunately many Christians have adopted the colonial mentality of Powers oppressing indigenous peoples,” the Pope said during his first meeting with the First Nations, Métis and Inuit people in Maskwacis, a town 70 kilometers south of Edmonton, where he landed this Sunday.

In the first official speech of his six-day trip to Canada, the pope referred to the “scarring wounds that remain open” in these populations as a result of their detention in some of the 139 boarding schools that some 150,000 indigenous children go through. The vast majority of them were in the hands of Christian institutions and operated until 1996 when Gordon’s Residential School in Punnichy closed, the last facility operated by the Canadian federal government.

“I’m injured. I apologize in particular for the way in which many members of the Church and religious communities have collaborated, even through indifference, in these projects of cultural destruction and forced assimilation of the governments of the time that ended up in the boarding school system,” exclaimed the pope out.

On this occasion, Francis brought the moccasins that a delegation of these indigenous communities brought to the Vatican in April when they visited him, and which symbolize the drama “of those who, unfortunately, have not returned home from boarding schools”.

The Pope spoke of these “dreams”, aware that each time they are remembered they are relived in a certain way. “The memory of the devastating experiences in boarding schools hits us, outrages us, saddens us, but it is necessary,” he said.

Francisco has made clear the reason for his visit, which was not to cancel despite the pain in his right knee and the need to use a wheelchair: “I am in the home countries to tell you personally that I am injured, to beg God for forgiveness, healing and reconciliation, to show you my closeness, to pray with you and for you”.

“I AM HERE TO CRY WITH YOU”

The fundamental purpose of the visit to Canada, during which the pope will travel 12,000 miles, has to do with one of the requests made in 2015 by the Canadian government’s Truth and Reconciliation Commission to document the history of what happened in happened to these subsidized boarding schools by the government itself. “Today I am here to remember the past, to weep with you, to look at the ground in silence, to pray by the graves,” the pope said elsewhere his speech.

The system of boarding schools for boys and girls of the Inuit, Métis, and First Nations, among others, had been officially in force in Canada since 1883, when the creation of these institutions, aimed at adapting the indigenous people to the uses and customs of Western society, was arranged. From 1920, visiting became compulsory for indigenous people aged 7 to 16.

Over the last thirty years there have been various requests for forgiveness. In March 1991, the bishops of the bishops’ conference and those responsible for the religious orders who were responsible for the boarding schools made the start. In July of the same year, the Oblates of Mary Immaculate did this for the first time, under whose responsibility several schools were founded, notably that in Kamloops until 1969. Also in 2009, Pope Benedict XVI. “his grief at the distress caused by the deplorable conduct of some members of the Church in Canada.”

Previous articleDavid Trimble, one of Northern Ireland’s architects of peace, dies
Next articleopinion | Keep the Catalan