The police who shot the thief were decorated and pronounced 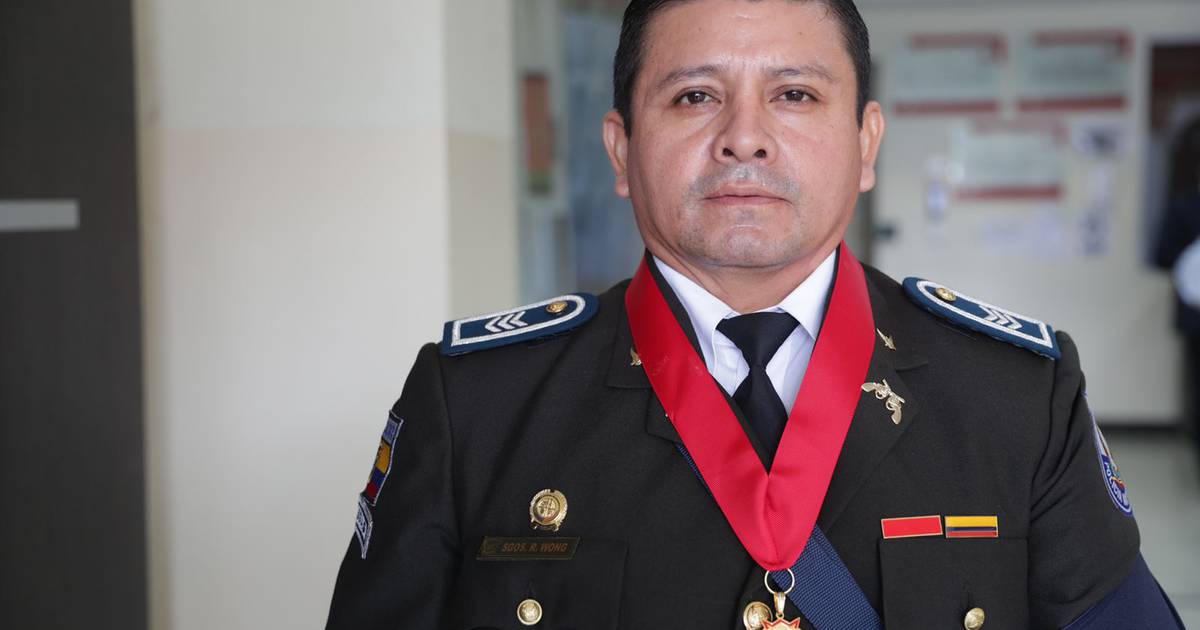 The past Thursday July 22 A plainclothes police officer prevented a burglary at a commercial premises in Guayaquil. The member of the Dinase used a firearm to confront the two criminals, also armed, injuring one of the involved.

Five days after the incident, the Sergeant Raul Wong received an award from the Minister of Interior Patricio Carrillo and the president Guillaume Lasso. At the same time, the agent took the opportunity to speak and thank the population for the support of the police management.

“Thank you to the citizens who support our work. The country must know that the Ecuadorian police are there to serve it and we are vigilant in the streets. I thank the President and the Minister for this recognition,” underline.

The uniformed man attended the event with an injury to his left arm, a limb he used to shield himself from the gunfire of his attacker last Thursday. For his part, Carrillo indicated that the decoration received responds to courage.

“The price of courage is not the best, it is a reason for remembrance, honor, but also for teaching and strength for other colleagues.”

“When there are good deeds, the whole society recognizes it. We are here to reward professionalism and bravery. We are proud of the good example he leaves for the institution,” the minister mentioned.

Additionally, the commander of the Policeman Fausto Salinas confirms that this type of event strengthens the institution. “Having police officers like Sergeant Raúl Wong makes us proud of our uniformed officers,” he said.