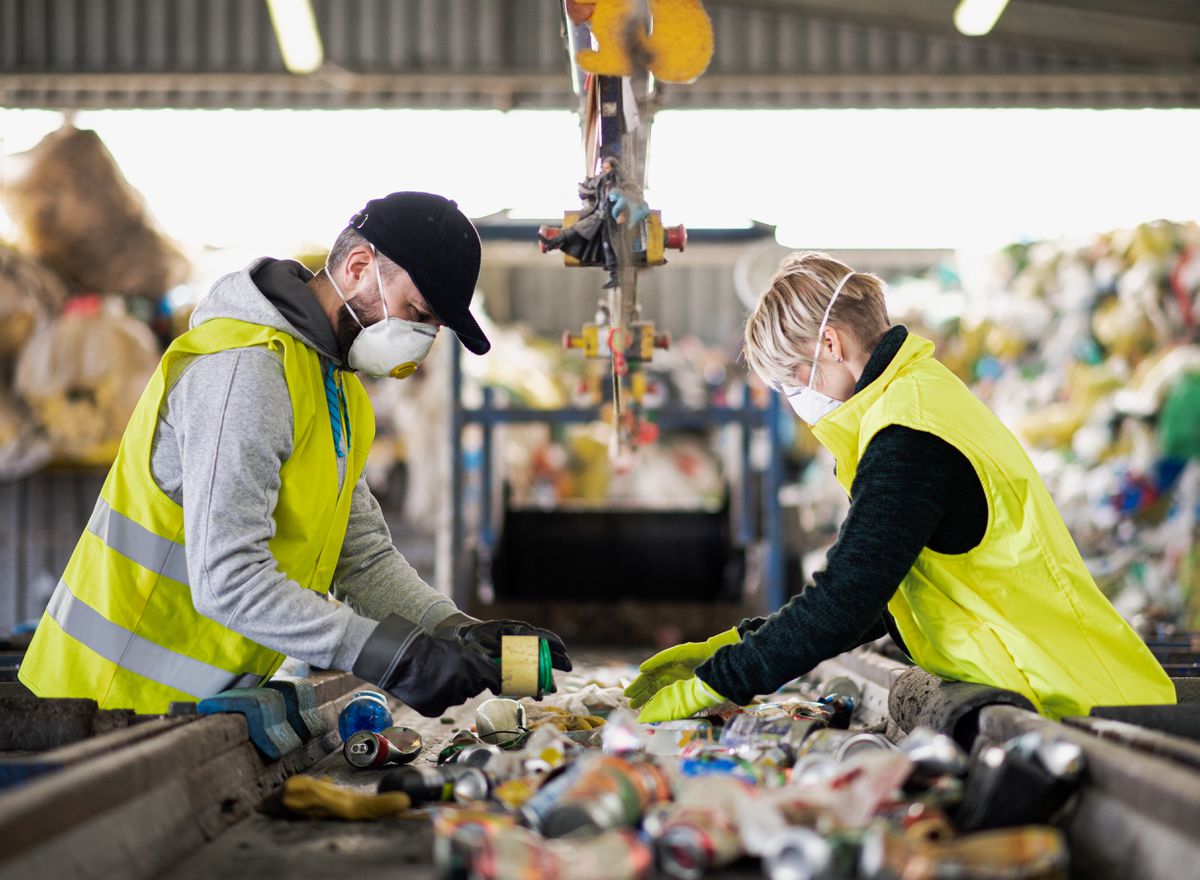 In three Rs – reduce, recycle, reuse – there’s room for 8,000 million euros, 2,400 companies, 25,000 jobs and a major controversy over a new packaging regulation underway that has thrown food, distribution and hospitality businesses off balance. The waste law passed in March and accompanying decree – pending – seek to push Spain off the podium of poor waste management with new taxes on non-recyclable plastic, more obligations for manufacturers and the elimination of 20% of plastic bottles in five years. All those affected agree on the quality of the goals, but criticize the deadlines and warn of the impact on prices and small and medium-sized businesses. The major goal is compliance with European directives. At least 65 percent by weight of all packaging waste must be recycled by December 31, 2025, and 70 percent by December 31, 2030.

Two of the most important measures contained in the draft decree are the reduction of single-use plastic bottles by 20% by 2030 (a first draft called for 50%) and the ban on packaging fruit under 1.5 kg. The text must be approved before the end of the year in order to meet the recovery plan milestones and receive European funding. The process is not easy because Spain is addicted to plastic. Julio Barea, responsible for Greenpeace’s waste campaign, assures that 50 million beverage containers are sold every day, of which 35 million are not recycled. Spain is the fourth EU country with the highest demand for plastics. For this reason, according to Barea, “using and throwing away must come to an end”.

The Waste and Contaminated Sites Act, passed in March, follows this path to reduce waste generation by 15% by 2030 compared to 2010. The regulation taxes single-use plastics ($690 million) and includes what is known as Extended Producer Responsibility (RAP). so that whoever sells a product takes care of the disposal of the waste generated. A RAP with costs. Exactly 1,150 million according to a report by International Financial Analysts (Afi). If the law worries the industries and companies affected, the accompanying ordinance has sounded the alarm. The standard sent to Brussels for consideration provides for the reuse of packaging in the so-called Horeca channel (hotels, restaurants and cafeterias) and also in households, albeit in lower percentages, which, according to the companies, goes beyond what is foreseen in the European Legislation. Businesses need to collect, clean and refill containers.

Mauricio García de Quevedo, Director General of the Spanish Federation of Food and Beverage Industries (FIAB), explains that we are “in an extremely delicate moment, caused, among other things, by the unsustainable increase in energy prices and the lack of many products as a result of the invasion of Ukraine”. For this reason, in his opinion, it is “time to adapt every legislative measure to the current situation”. “We call on the government,” he concludes, “not to go beyond the measures provided for in European directives to reconcile sustainability and competitiveness”. Javier Serrano, Afi advisor, explains that the majority of the economic impact of the regulation – up to 8,000 million in total – is due to the obligation to reuse packaging. The goal is that by 2030, 60% of water containers will be reused, 90% in beer and 80% in soft drinks. The effort will cost 4.67 billion, according to Serrano. Another 1,000 million must be added to the account for reducing single-use packaging by 20%. The plan affects companies large and small – around 2,400 – and in particular the municipalities of Catalonia, Andalusia and Castilla y León, which are home to key bottlers.

“We had made significant investments to prepare for what was coming from Europe,” says Borja Lafuente, Director of Sustainability at Danone. “We are committed to recycling and do not introduce non-renewable raw materials into the chain, but at the decree [RD de envases] We have an issue with deadlines to bring an untested model to market. The big companies will be badly affected, but many of the small ones could disappear.” The Department for Ecological Transition knows that companies face a challenge. The department, headed by Teresa Ribera, does not specify the impact of the measures, but in any case emphasizes that the text of the decree under preparation is “highly consensual”. “The numbers are being checked,” says a ministry spokesman. In any case, he concludes, “a necessary step is being taken that is all the better the sooner you start it.”

In order to comply with regulations and reuse packaging, materials such as glass and recycled plastic must be available. There isn’t. “In one year,” explains Lafuente, “the price of glass has increased by 50%.” There’s also no surplus recycled material (plastic). Luis Morales, co-founder of the Center for Innovation and Development for the Circular Economy (CIDEC), assures that there is a serious shortage because the demand for recycled or alternative materials is increasing, but there is no market to ensure supply. According to CIDEC, the national market for recycled plastic only has a production capacity of 35 kilotons, which is not enough to reach the 54 kilotons needed to meet EU requirements for bottles to contain 25% of this material by 2025 . The obligation to reuse instead of recycling does not convince manufacturers and retailers. José María Bonmatí, General Director of AECOC, assures that after the sector’s efforts in recycling, less than a year later, the packaging collection system will be encouraged to use them for the same purpose. According to Bonmatí, the effort will have consequences. “If the costs are passed on to prices, bad, but if they are not passed on, many companies are threatened with bankruptcy.” Bonmatí refers to the deposit, return and return system provided for in the regulations. The system consists of paying a small deposit for the containers and getting the money back when you return them.

All those affected believe that the ministry should take a more relaxed approach. They agree that this is not the time to apply new taxes. Ecoembes, the organization that coordinates the recycling of light household packaging, sums up the situation like this. “Ecoembes has spent years urging authorities to push the need for bold regulators to move towards a zero-waste model, but at the same time without creating distortions or punishing a citizenry that is already suffering enough.”