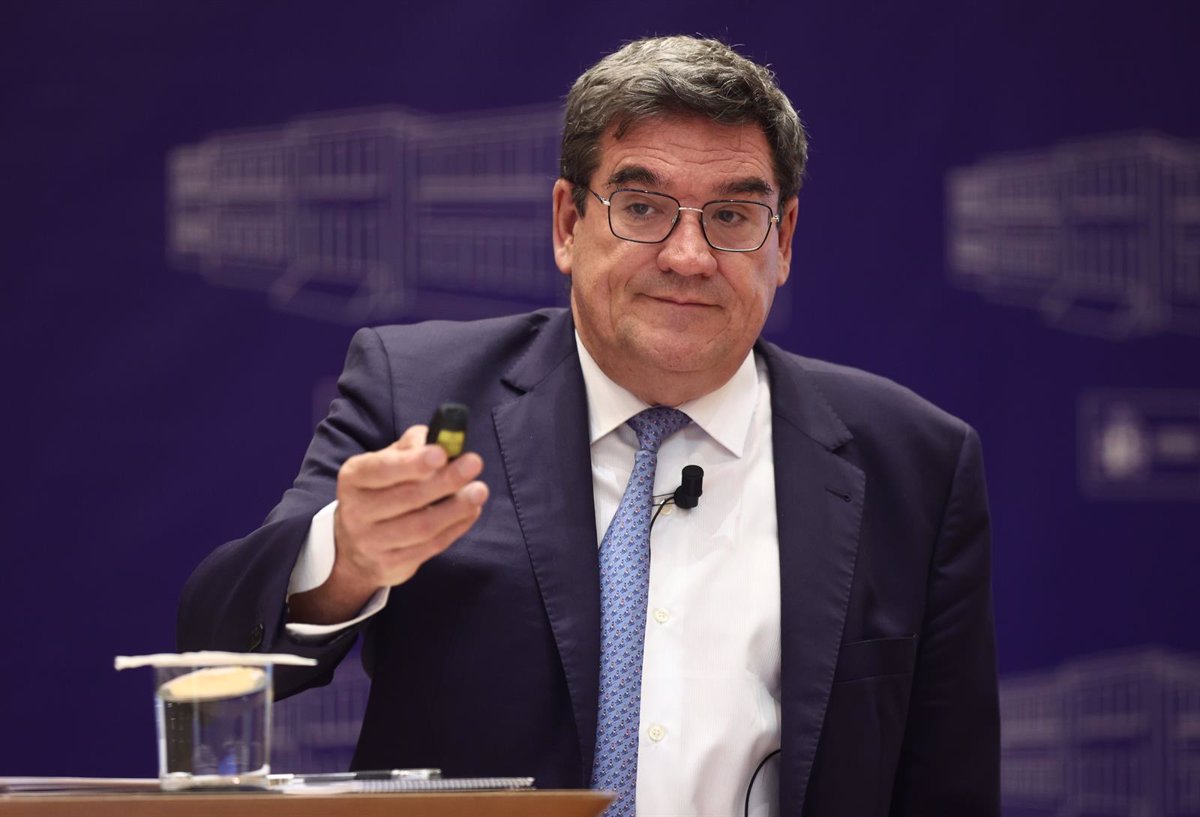 The Social Security Reserve Fund, better known as “the retirement piggy bank,” put its 15-year average annual return at 3.4% in 2021, down from 2020’s 3.57% but above what it averaged last year pension plans were offered by private individuals (2.33%).

This is reflected in the management report of the Social Security Reserve Fund as of December 31, 2021, sent to the Cortes this week, which reflects that the amount of the same remains 2,138 million euros (0.18% of GDP). fully deposited in a current account at the Banco de España.

If one compares the 15-year average annual return of the “piggy bank” of pensions (3.4%) achieved in 2021 with the private long-term fixed-interest pension plan (1.85%), the difference in favor of the reserve fund is even higher than the average of all private old-age provision (2.33%).

THE FUND WILL NO LONGER INVEST IN FINANCIAL ASSETS

In 2020, the assets in which the Reserve Fund was invested expired and the management decisions of the Social Security Reserve Fund were mainly conditioned by the situation of uncertainty caused by the health crisis.

In addition, the Spanish government bond market scenario in 2020 showed historically low yields in most of the temporary parts of the yield curve.

In fact, assets with negative yields, exceeding the deposit facility rate set by the European Central Bank (-0.50%), had medium-term maturities (5-year tranche), assets with positive yields were in tranches of 10 years and the yields on Longer-term assets are “very low,” the government said in its report, which Europa Press had access to.

In this context, in November 2020, the management committee of the reserve fund agreed, out of “extreme caution”, to keep the balance of almost 2,138 million euros, which makes up the pension “piggy bank”, in a current account and thus no longer allow investments in financial assets active assets, mainly in the form of Spanish government debt.

Throughout 2021, assets with negative yields exceeding the ECB deposit facility rate (-0.50%) had medium-term maturities (tranches between 2 and 4 years), assets with positive yields were at tranches of 6 years and the Profitability of longer-term assets ‘continued at very low levels’.

Therefore, and after the approval of the first part of the pension reform, the committee that manages the fund decided last December to keep the amount of 2,137.92 million euros in the account opened at the Bank of Spain until a new meeting of the reserve fund.

The first stage of the reform regulates the so-called Intergenerational Equity Mechanism (MEI), a replacement for the sustainability factor of the 2013 pension system reform, which aims to “fatten” the reserve fund for future spending discrepancies in pensions.

The MEI is considering funding the Social Security Reserve Fund through an additional contribution of 0.6% from 2023 to 2032, shared between companies and workers. Its function is to act as a “safety valve” for the system from 2033 onwards in the event of a deviation from projected pension spending for 2050.

If this does not happen, no action will be taken and the use of the reserve fund’s resources will be considered to reduce social security contributions or increase the level of pensions. However, if the European Commission’s Aging Report from 2033 shows a deviation in the pension expenditure forecast for 2050 compared to the 2024 report (which is used as a reference), the ‘piggy bank’ annual drawdown limit of 0.2% of GDP is used.

If it is not sufficient, the government negotiates with the social partners about inclusion in the Toledo Pact. The goal is to arrive at a balanced proposal aimed at reducing the ratio of pension expenditure to GDP or raising the contribution rate or other alternative income-boosting formulas.

In this regard, the Fund’s Management Committee had to decide the Fund’s investment criteria and the financial assets in which its assets will be invested during the negotiations on the first stage of pension reform in the previous months, taking into account its approval , moreover, the continued negative medium-term interest rates combined with high volatility on the financial markets. Finally, and pending a new meeting last December, the committee decided to keep the “piggy bank” unchanged in the Banco de España account.

- Advertisement -
Share
Facebook
Twitter
Pinterest
WhatsApp
Previous articleBritain warns of “devastating consequences” if grain crisis is not resolved “within a month”.
Next articleFranco: “Calling the COE an ally of independence goes beyond some of the barbarism I’ve heard”

Max Aub, the Spanish writer who best narrated the experiences of war and refugees

What’s Happening at Apple: Is the Big iMac Yet to Come?