The photo archive of EL PAÍS, where some of the best portraits in history rest 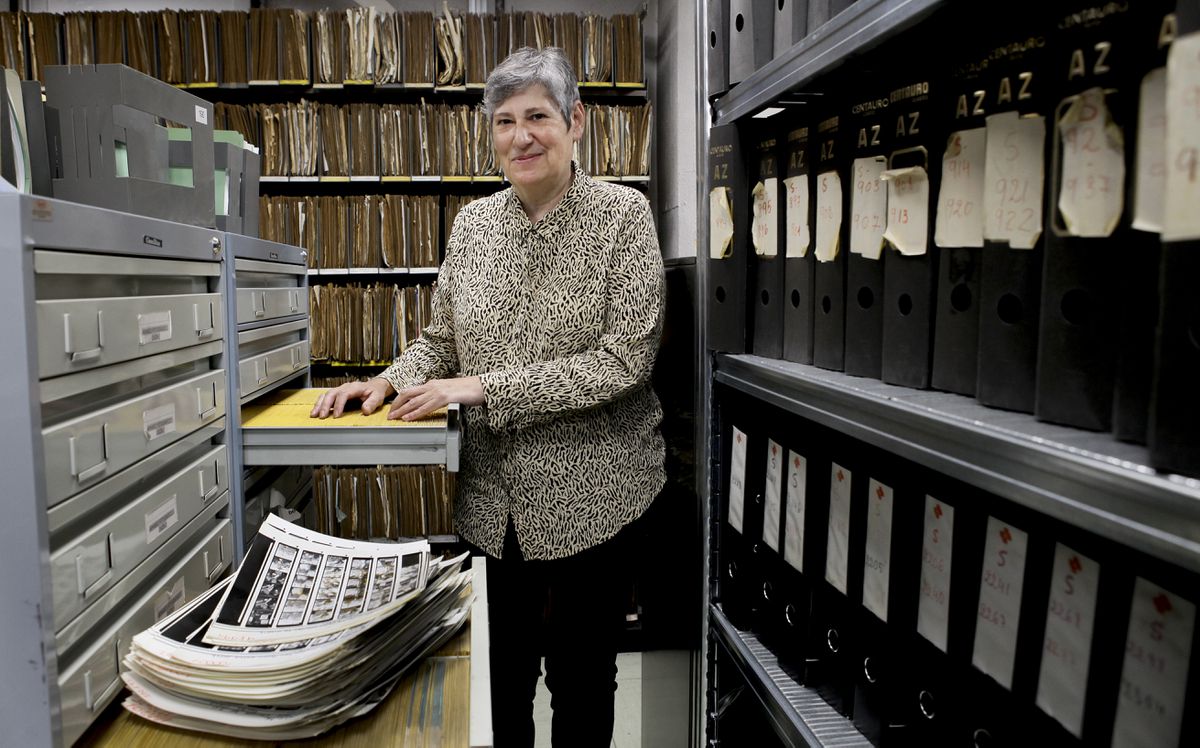 The coup is kept in a drawer above the ETA attacks. “We grew in blood, that was the newspaper’s daily routine,” recalls Anabel Serrano while stroking the backs of the folders in which all these images are kept. She is responsible for the photo archive of EL PAÍS, a two-height row of chests of drawers that sleep in the basements of the newspaper’s Madrid editorial office. Their value goes beyond the informative. “It’s a legacy in itself.”

The newspaper’s archive of images goes back before the newspaper itself. In the first months of 1976, the year EL PAÍS was born, collecting pictures began. The purchase of agencies wanted to ensure a certain minimum equipment for the publication of the newspaper, which took place on May 4th. From that year until 2004 the images came in a roll to the newspaper that went to the lab. A so-called contact sheet was created there, a sheet in which the recorded images are examined. The photo to be published was selected on this sheet. Only that was independently filmed and archived. On the side of these photos or on the back, you can read what year it was published, what side it was printed on, and even how much paper space it took up. “It was four columns,” says Serrano, who can only categorize the photos that belong to the house by the paper they were printed on.

Madrid taxi drivers have a lot to do with configuring this file and publishing these photos. The photographers entrusted them with the roles from the news site. The taxi drivers drove to Calle de Miguel Yuste 40, address of EL PAÍS, to deliver the material. The photographers who weren’t in Madrid took their developing fluids, set up the lab at the hotel and sent them by express courier.

Serrano has been with the newspaper “all his life” and although he didn’t start working in the archives but rather “hacked” on the typewriter what the journalists dictated to him on the phone, the archives are his home. For the visitor, the corridors are a maze, but she knows them by heart, memorizing names, dates, and places. It doesn’t check the labels of every filing cabinet, but goes straight to what it’s looking for. Today there are photos from the 70s, “but on another day it could be a photo from the 82 World Cup.”

The images contain all kinds of characters and historical events. “The photographs have a documentary component, but also heritage, including photos that are not ours,” explains Serrano. Images from reporters from different agencies and countries are stored here, in addition to those taken by photographers from EL PAÍS. “We had the best in Spain,” boasts Serrano while showing a picture signed by César Lucas.

The archivist points out that another value must be added, that of the anecdote: “The photos have life, a story behind them and we don’t know them, only the photographers.” He came across a photo of Montserrat Caballé. It was made for an interview The Weekly Country and remember the popular story of this interview: the diva of the opera rudely visited Rosa Montero, who was interviewing her, and wanted to end the meeting quickly. Serrano shows that only those who attended the interview can know what happened, and on many occasions the photographer is the only witness.

The physical archive is supplemented by a gigantic digital archive. Each one has its own documentary language, “a little treasure” created exclusively for EL PAÍS, which facilitates the search. The digital archive may seem less mysterious and valuable at first glance, but it is only at first glance. It contains more than 10 million entries and “is more effective than Google”. As with any paper, negative or contact print, these images are uploaded to the web platform after a detailed caption and description. “It goes beyond a caption, you have to give each one the exact context,” Serrano points out. On the screen is a photo of Infanta Leonor. “It could be another photo, but it is the first day that the use of a mask indoors is not mandatory in Spain and it is also the second official intervention by the Infanta alone, recently from the Welsh Institute, on which she is studying, has arrived.” he points out. .

To give some luster to some of the images appreciated here, Serrano created the blog together with Gema García, the newspaper’s photographer A land of archives. In this area, they have traced how the Constitution was elected (1978), the Barcelona Olympics (1992) or how the last Formula 1 Spanish Grand Prix took place, which hosted the Jarama circuit (1981).

- Advertisement -
Share
Facebook
Twitter
Pinterest
WhatsApp
Previous articleAll the damage that occurred in Quito due to the protests
Next articleElectricity companies are leaving almost 3,700 million on the stock exchange because the government threatens a tax surcharge