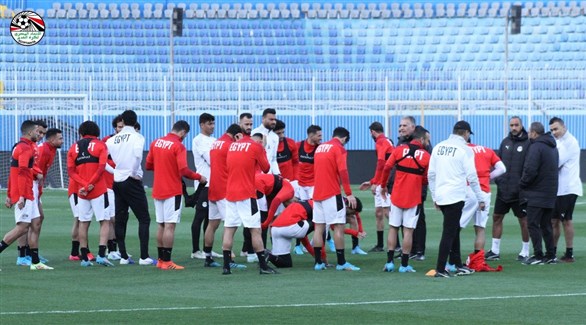 Just 47 days after their thrilling game in the African Cup of Nations final, which was hosted by Cameroon earlier this year, the Egyptian and Senegalese teams will meet tomorrow, Friday, in the first leg of the last round of African qualifiers to the 2022 World Cup.

The Senegalese team (Teranga Lions) won their first African Cup of Nations title by defeating their Egyptian counterpart (the descendants of the pharaohs) 4-2 on penalties in the final match of the tournament on February 6 (February), after the end of original time and extra time in a goalless draw.

Therefore, the confrontation between the two teams on the last day of the World Cup qualifiers is characterized by revenge on the one hand, in addition to its great importance, since the winner qualifies for the most important event in world football.

The ‘Pharaohs’ will host the ‘Teranga Lions’ tomorrow at the Cairo International Stadium, while the second leg between the two will be played next Tuesday in Senegal.

With the strength of the two teams and the level of each of them in the African championship that took place a few weeks ago, it seems difficult to predict the identity of the winning team in this matchup.

But the truth is that the next edition of the World Cup will miss one of the most outstanding footballing forces of the black continent, after the two teams in the African final were tied in a decisive confrontation for the qualification card for the World Cup.

The Egyptian team maintained their unbeaten record on the last day (group stage) of the World Cup qualifiers, where they recorded four wins and drew two games, to lead their group by seven points against the Gabonese team, and their players scored ten goals. and conceded the team’s net only four times in the six games.

On the other hand, the Teranga Lions achieved five wins and a draw in their qualifying group, with the team leading the group by eight points against Togo, with the team scoring 15 goals and conceding just four times in the six games.

These statistics show the strength of the Senegalese attack led by Liverpool forward Sadio Mane, who faces a new challenge against the Egyptian Mohamed Salah, his teammate at Liverpool and one of the best players in the world in recent years.

Although it ended in a goalless draw, the African Cup of Nations final match showed the extent of the Senegalese team’s superiority over their Egyptian counterpart, as the Teranga Lions shot 13 balls in the match against the Pharaohs’ seven shots. , although the two teams failed to score in the end.

Another statistic indicates Senegalese supremacy in recent times. The team has played 23 games from the beginning of 2021 so far, losing only one game. The team also kept its undefeated record in the last 18 games before tomorrow’s game, while the “Pharaohs” played 22 games in the same period, losing three of them.

The Teranga Lions have another advantage in the upcoming matchup with the “Pharaohs”, which is to play the second leg at their stadium next Tuesday, which puts additional pressure on the “grandchildren of the Pharaohs” who need to win a result reassuring tomorrow before traveling to Dakar.

This is the second time that the Egyptian and Senegalese teams meet in the African qualifiers for the World Cup, where they met before in the 2002 World Cup qualifiers and drew goalless in Senegal, with the Egyptian team winning at home 1-0, lap. in the group stage, but qualification in the end went to the “Teranga Lions” Senegal topped the group with a goal difference against Egypt.

The “Pharaohs” relied a lot on the fans that cheered at the Cairo Stadium in tomorrow’s game, where more than 60,000 fans are expected in the stands, knowing that this stadium witnessed the defeat of the Egyptian team by 1- 0 against Senegal in the group stage last November. 15, 2014 in the qualifying qualifiers for the African Cup of Nations.