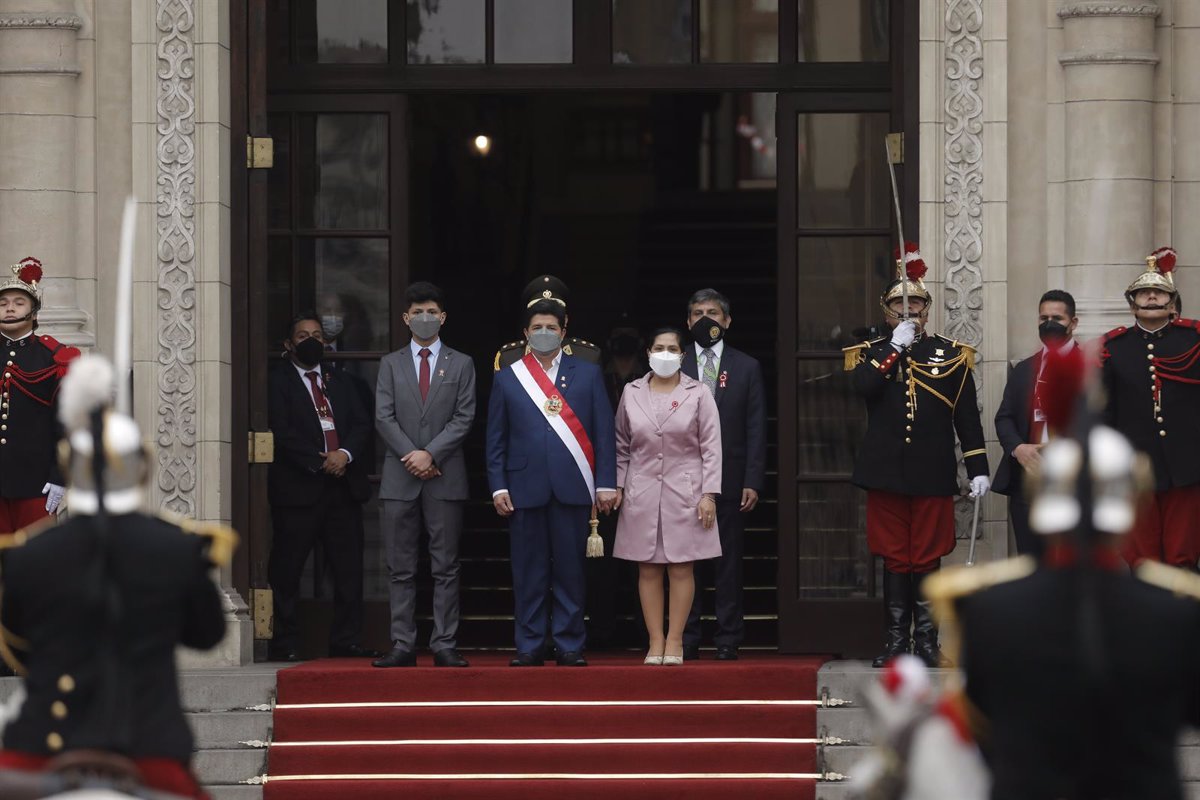 Peru’s prosecutors have summoned the country’s President, Pedro Castillo, to testify on August 4 and 9 into cases of irregular promotions by the country’s security forces and alleged obstruction of the arrest of fugitive ministers.

“There are two appointments. A first statement is scheduled for August 4th and a second for the cover-up case on August 9th. Both are in the morning,” said the president’s attorney, Benji Espinoza, in by the Peruvian radio station RPP.

According to Castillo’s defense, it has yet to be decided whether prosecutor Patricia Benavides will go to the presidential building or, on the contrary, whether the president will have to testify at the ministry’s headquarters.

The President has accumulated four investigations opened by prosecutors. However, Castillo has defended himself against the allegations: “So far they have not been able to find any evidence.”

The first two investigations deal with an alleged mafia operating in the Ministry of Transport and Communications – Puente Tarata case – and for alleged interference in the promotion process of the armed forces.

According to prosecutors, Castillo would be the head of a criminal organization operating at the Ministry of Transport and Communications in complicity with the former owner of this portfolio, Juan Silva – who is currently wanted and captured.

Officials from the Provías Nacional and Provías Descentralizado, from the Office of the President, as well as businessmen and third parties, all with the aim of favoring the Puente Tarata III consortium and other companies in public tenders, also took part in the criminal organization.

Likewise, Peru’s Ministry of State has accused the President of running an alleged criminal organization dedicated to the promotion of Armed Forces and National Police officers linked to the President.

Peru’s prosecutors announced on July 21 the opening of the third investigation into Castillo, this time for an alleged crime against the administration of justice or the veiling of persons, a trial that opened two days after former Interior Minister Mariano González accused the President of the Justice obstructs and linked his departure from the executive branch to the case opened against relatives of Castillo.

“I have no doubt that this abrupt departure serves to hamper the administration of justice,” the interior minister condemned, alluding to the search for President Fray Vásquez’s relatives, former presidential adviser Bruno Pacheco and former minister of commerce and transport Juan Silva who is accused of corruption.

A day later, prosecutors announced the opening of the fourth investigation into Castillo after lifting a suspension imposed by a judge to begin a case against the president for alleged crimes involving the purchase of biodiesel in Petroperú.

According to the State Ministry, Castillo intervened in the purchase of biodiesel for Petroperú on behalf of the company Heaven Petroleum Operators SA, for which he is accused of crimes against public administration and influence, reported ‘El Comercio’.

Previous articleNeither women nor blacks are among the favorites to govern Brazil
Next articleAlarm in Galicia for the lack of shellfish: “The sea stops producing”