The people of the United Arab Emirates and their national cadres are the real bet for the industry of the future. 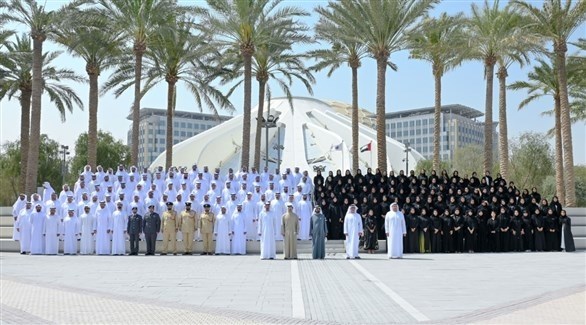 The Vice President and Prime Minister of the United Arab Emirates and Ruler of Dubai, Sheikh Mohammed bin Rashid Al Maktoum, stated that the United Arab Emirates embraces the pursuit of national leadership competencies, continues to train people, improve their skills, experiences and abilities, and empowers them with the future. tools to anticipate updates and changes, maintain achievement, and raise performance and productivity levels, to improve the country’s march to achieve First centers in various fields.

Sheikh Mohammed bin Rashid Al Maktoum said, “The UAE’s true bid to create the future rests on its sons and national cadres, who can build comprehensive and sustainable development that benefits the citizen and society.”

He congratulated the graduates of the UAE Government Leaders Program and urged them to use the skills and experiences they acquired to develop projects and improve the performance of the entities they work for, saying, “A leader is someone who works to develop himself and his colleagues and has a positive impact on his work environment. Distinguished… We want to take advantage of these energies and abilities and put them at the service of our society and our country”.

Proactive leadership skills.
The axes of the UAE Government Leaders Program, which included a selection of the best national cadres and skills, focused on understanding government trends, leadership and openness to the outside world, proactive and flexible leadership, taking effective and efficient intelligent decision-making, effective communication and communication, future foresight, imagination skills, brainstorming design, analysis of global situations, and understanding of future design directions and scenarios.

The training programs were designed based on the UAE government leadership model, which is based on three main axes: leadership spirit, future perspective, achievement and impact. Elite universities and international and national academic institutions participated in the training to provide distinguished scientific and practical experience.