The pandemic brings the number of people living in severe material deprivation to a record 7.3% 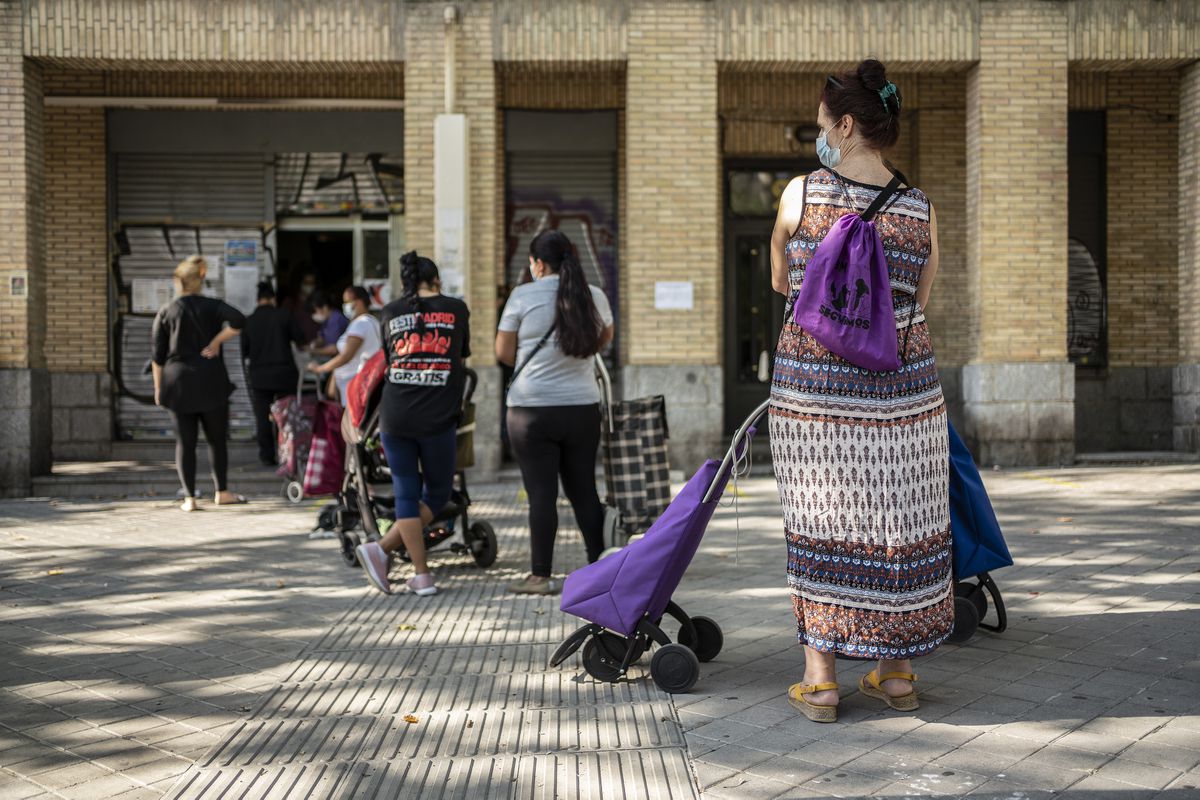 Poverty and inequality are not synonymous, but they are two terms that are closely linked and whose rectification has been interrupted by the pandemic. In 2021, when activity was still at half speed due to the successive waves of contagion, the percentage of residents with severe material deficiencies reached 7.3%, compared to 7% the previous year, according to the latest data survey of living conditions by the National Institute of Statistics (INE), published this Wednesday. This is an even higher percentage than the previous peak of 7.1% reached in 2014 in the aftermath of the Great Recession and record unemployment.

This survey provides a sample of data to measure the economic difficulties faced by Spanish households. In 2021, 2.3% of the population, almost one million people, were at risk of poverty, suffered from severe material and social deprivation and had low employment intensity (less than 20% worked).

Households with severe material deprivations are households that cannot afford to carry out certain activities and purchase certain services or goods at the same time. For example, go on vacation for at least one week a year; eat meat, chicken, or fish at least every other day; Keep the house at a reasonable temperature or face unforeseen expenses. In this edition, INE has expanded the concept to include a broader range of criteria and also included the percentage of people living in households with severe material and social deprivation. They estimate that 8.3 percent of the population falls under that umbrella, a percentage two-tenths fewer than last year, although survey data shows poverty and inequality have increased with the pandemic.

One such data is the gap between the highest-income 20% of the population and the poorest 20%, which has widened for the first time since 2014. In other words, inequality has risen again. This is also reflected in the Gini index, the coefficient that measures income inequality. In 2021, it scored 33 points — considering 0 is total equality and 100 is maximum inequality — 9-tenths more than the previous year and the first increase since 2013, when it peaked due to the ravages of the financial crash and crisis ( 34.7) achieved debt crisis. Since then, it has gradually declined in line with the recovery in GDP.

These latest indicators are based on revenue from 2020, the year that best reflects the economic and public health blow of Covid-21. The measures taken to deal with the pandemic – manifested in the closure of activities, restrictions, etc. – have inflicted a serious setback on the activity, which has not yet improved despite the social protection shield deployed by the government, which has avoided major damage to households has fully recovered income and production structure.

The health emergency has also increased the percentage of people at risk of poverty – even taking into account 2020 income – by seven-tenths to 21.7%, equivalent to more than 10 million residents. This is the highest percentage in five years despite the design of public mechanisms such as ERTEs or the Essential Minimum Income. The increase applies to all age categories, with the exception of those over 65, who experienced a 1.3 point decrease. The group of 16 to 65 year olds suffered the strongest rebound (1.2 points). “The risk of poverty is a relative indicator that measures inequality. It does not measure absolute poverty, but how many people have low incomes in relation to the total population,” explains INE.

According to European criteria, the at-risk-of-poverty threshold is 60% of the median income by household type. That is, the population is split in two after being ranked from highest to lowest income, and the segments below that percentage are considered vulnerable. In 2021, the threshold for single-person households (calculated with income data from 2020) was 9,535 euros, 0.9% less than estimated in the previous year; 20,024 for families of two adults and two children under the age of 14.

On the other hand, the percentage of people who reported having difficulties reaching the end of the month remained stable, with a slight decrease to 44.9%, while the proportion of residents reporting 2021 ended the month with a lot exit energy increases lightness, from 2.8% to 3.8%.

All these indicators serve to measure the risk of poverty or social exclusion Arope (from English At risk of poverty or social exclusion), which grew by eight-tenths (up to 27.8% of the population) in 2021, but without reaching the highs reached with the Great Recession. This indicator was created by the EU in 2010 to measure relative poverty in Europe and is composed of three elements: people at risk of poverty, people suffering from material deprivation and people with low employment intensity. This year, the INE clarifies that the last two components have been modified.

Looking at the population by type of occupation, 58.6% of the unemployed were at risk of poverty in 2021, compared to 17.9% of the employed. In both cases, there is an increase of more than two points compared to the previous year.

A recent study on inequality published by the think tank EsadeEcPol emphasizes that the poorest sections of the population with less qualified jobs had not yet reached pre-financial crisis income levels at the time of the outbreak of the pandemic. And he points out that the health emergency has not only slowed down the convergence process, but also increased income inequality.