The NRW police in the fight against clan crime 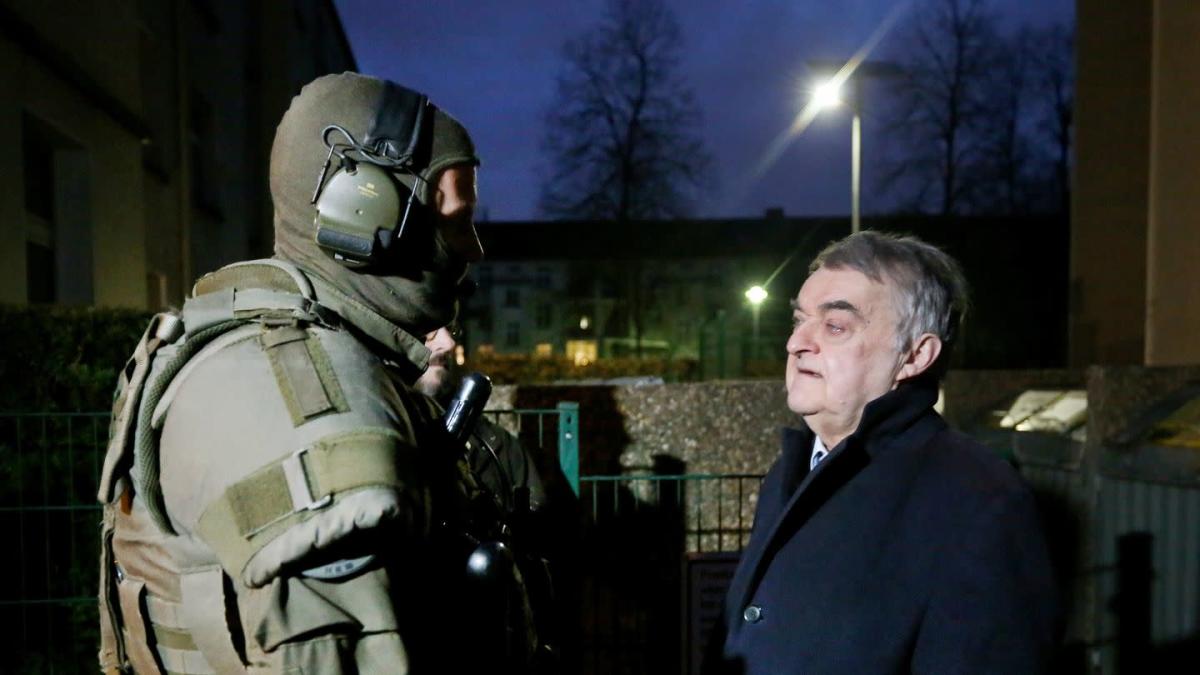 About 1,500 police officers and 300 other employees from 20 institutions and authorities, such as customs, tax investigation and regulatory agencies, examined a total of about 160 objects. Twelve companies were immediately closed, among other things, for reasons of commercial law. Officials executed 18 arrest warrants and provisionally arrested another 27 people, the Düsseldorf State Chancellery reported on Sunday.

Twelve cities and districts were searched, mainly in the Ruhr area, but also in Velbert and Heiligenhaus (Mettmann district) and in Troisdorf (Rhein-Sieg district). Special forces were also used in an arrest in Essen.

The state government of North Rhine-Westphalia has been pursuing a zero-tolerance strategy against clan crimes for several years. Across the country, the police are keeping tabs on 112 extended families of Turkish-Arab origin, of which a surprising number of members are repeatedly associated with crime.

NRW Interior Minister Herbert Reul (CDU) expressed his satisfaction in a first assessment on Sunday: “I am sure that this 24-hour marathon in the middle of the criminal clan has a symbolic power far beyond today. With We make it clear that we will be vigilant,” he said according to a message.

During their checks, officials filed more than 140 criminal charges and drafted another 800 charges for administrative violations. They also issued more than 850 warnings. During the day of the campaign, more than 100,000 euros in cash, 35 illegal gambling equipment, four knives and around 60 kilograms of duty-free tobacco were seized. The authorities also reviewed the speeding scene and poses: during traffic controls, almost 2,300 vehicles were stopped across the country and nine were insured.

“With these raids we mainly pursue three goals: first, we catch people who have committed a crime, second, we clarify the structures and find evidence, and third, of course, we also want to cause trouble,” Reul told the German. Press Agency on Saturday said. Different criminal business models were specifically examined. The politician had been informed several times in the place about the operations during the course of Saturday.

In Essen, a 24-year-old with contacts in the clan environment was arrested with the help of special forces, who are said to have exempted people with overpriced adjustment services with five accomplices. In Bochum it was about the suspicion of illegal waste disposal and illegal scrap metal trade. In Mülheim, the focus was on barbershops. Banned slot machines were found in Duisburg-Marxloh. Searches in Troisdorf also related to illegal gambling. The vehicles were also checked in Essen. Fines and open warnings were also collected, as well as tax debts.