The Nikkei rises 0.58% due to optimism in the Moscow-Kiev negotiations and the yen 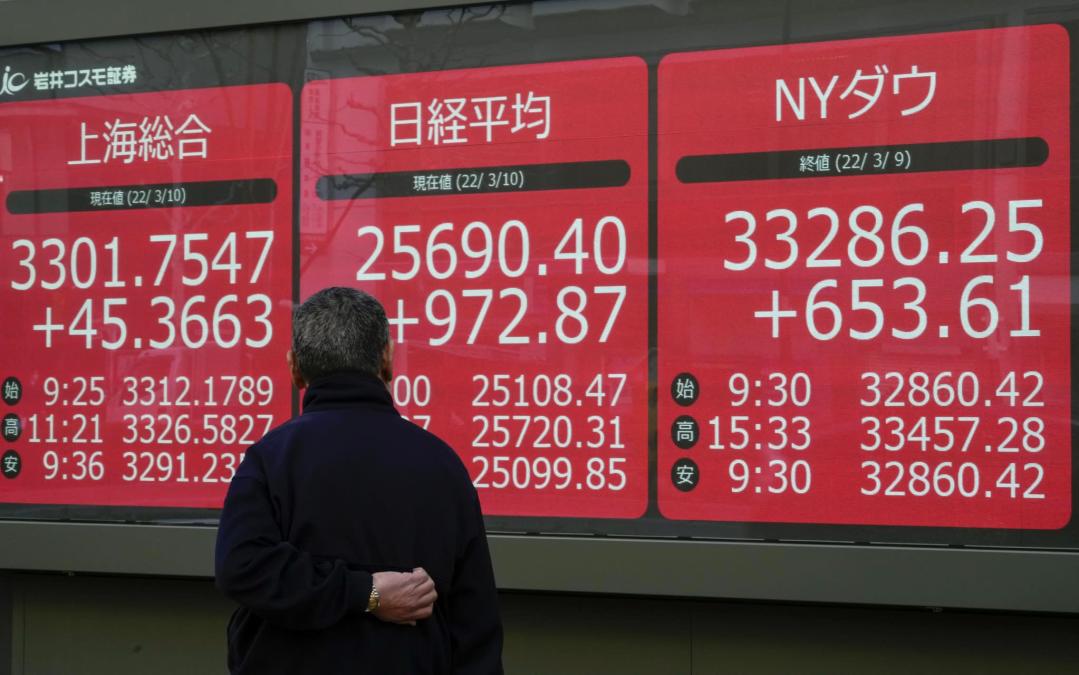 Tokyo, March 14 (EFE).- The main index of the Tokyo Stock Exchange, the Nikkei, rose 0.58% this Monday after investors were carried away by optimism about the negotiations in Russia and Ukraine, and a favorable yen that boosted the exporting muscle.

The Nikkei, which brings together the 225 most representative titles on the market, advanced 145.07 points, to 25,307.85 integers, after having risen 1.86% at the start due to bargain hunting.

Tokyo stock opened higher and reached the high point of the day after the first 20 minutes, with investors fueled by bargain hunting after last week’s losses and optimistic about ceasefire negotiations between Moscow and Kiev before a next round of talks.

Added to this was the devaluation of the yen against currencies such as the US dollar, which hit its highest level in five years today, a trend that benefits Japanese exporters.

The air transport sector caused the main rises of the day, along with the insurer and the transport equipment sector.

The largest Japanese airlines, Japan Airlines (JAL) and All Nippon Airways (ANA), are already down 3.44% and 2.93%.

The manufacturer of equipment for analysis of the components of Lasertec chips brought together the largest volume of operations and a bay of 0.29%.

The Softbank telecommunications group fell 0.73% and the technological multinational Sony 1.21%.

In the first section, 1,445 companies rose against 655 that fell, while 80 closed unchanged.