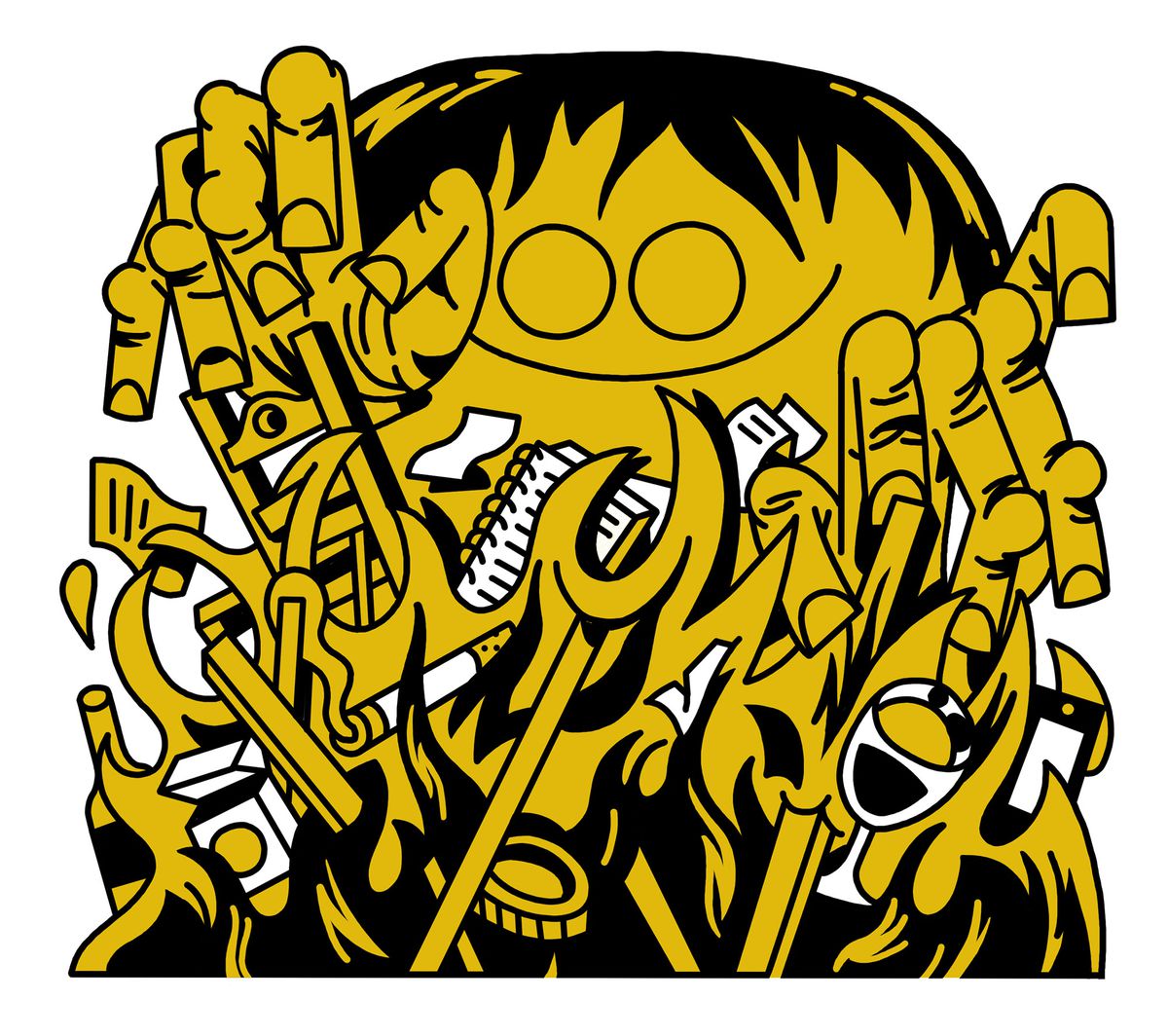 The bonfires of San Juan mark the beginning of summer with very different celebrations across Spain and Portugal, but also in some countries in northern Europe and even in South America, where the opposite winter solstice begins. Millennia ago, the Celts celebrated the sun in its highest splendor on the shortest night of the year and lit bonfires in honor of the Star King to keep him from leaving the earth. The Christianization of pagan ritual delayed the celebration of June 21, when the solstice occurs, to the 23rd of the same month. According to tradition, it is the night that John the Baptist was born and his father lit a fire to announce the good news.

Beyond its origins, many people today see the Feast of San Juan as a symbolic moment of the calendar that not only welcomes the arrival of good weather.

For many generations, the campfire has been used by students to burn the thick folders after they have passed the subjects. As we take tonight’s flames as a means to burn what we choose to leave behind, this ancestral rite assists us in the art of letting go of anything that adds no value to our lives and requires an unnecessary backpack.

We can write on a piece of paper what we want to clean and burn it at home – with due precautions – or at the neighborhood campfire if we have a fence. In the healthy practice of giving up everything we don’t need, we can identify three stages:

Literally, campfires in San Juan outside of urban settings have served to dispose of broken furniture that fueled the flames. Without being part of the pyre, in the first section of the list we can write down the things that we don’t need and that take up space and time. We can start with the closets. How many clothes collect dust that we haven’t worn in years? A good cause can be to give a charity anything we don’t wear to brighten up our home.

The same goes for items and boxes that we store—in the attic, in closets, even in warehouses that we rent and pay for every month—that we never use. in his classic simplify your life, entrepreneur Elaine St. James suggested a radical way to get rid of things we no longer need: “Keep them with a label that says a date in two or three years, but don’t write down what’s inside.” Store the box in the attic, basement or wherever you see fit. Check the labels once a year. If you come across a box that is past its date, throw it away without opening it. Since you don’t know what’s inside, you’ll never miss it.”

Habits we want to eliminate

If we examine our routines, we will find that some of them help us achieve our goals – one of the most important should be feeling good – and therefore need to be maintained. However, there are others that significantly slow down our progress or the kind of life we ​​choose to live. These must be eliminated, but to do this you must first identify them.

It can be bad eating habits that cause us body weight and lack of energy. Or from a chaotic management of working hours, which translates into lack of sleep and misuse of time and energy. Not to mention the mismanagement of money that makes us live on credit and with the fear of drowning. Whatever bad habit we discover by burning it on our paper, we must commit to eradicating it immediately with practical action.

In the backpack we carry that deserves to be thrown to the flames, the way we carry our social agenda weighs alongside litter and bad habits. How many encounters and encounters do we really enjoy, and how many do we only go out of commitment? All this is paid on time. How many people really nourish us and how many others unnecessarily burden and exhaust us? It’s worth looking around a bit. Everyone should consider how and with whom they spend their time. Our hours and days are our greatest wealth.

— Verbena shows differences depending on geography. Neo-pagan rites to attract good luck include jumping over the campfire seven times, or in coastal towns, diving into the sea at midnight and jumping over nine waves.

— And there are local variants. In Menorca it coincides with the patron saint festivals and riders put their horses on two legs in front of the raging crowd.

— In southern Spain there is a tradition of setting fire to a rag doll called Juanillo. He is originally believed to have represented Judas Iscariot, although over time he can embody anything you wish to leave behind, such as the pandemic.