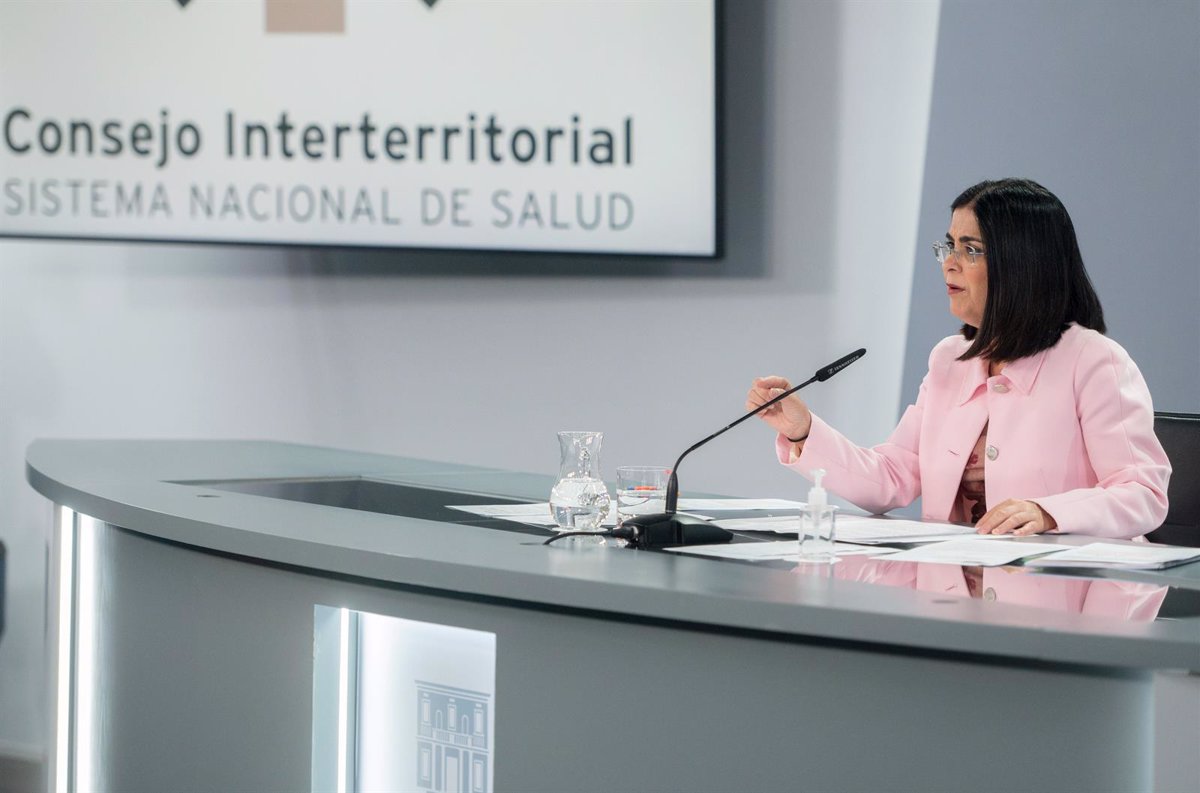 The Royal Decree-Law amending the Framework Statute of Statutory Health Services staff, approved this Tuesday by the Council of Ministers, will prevent a health worker from working on a fixed-term contract for more than three years without being an official.

“The cumulative calculation of all appointments of temporary officials, whether continuous or discontinuous, to the same person may not exceed a period of three years”, states the text of the decree, to which Europa Press had access.

The government plans to “fix” a total of 67,300 health workers as part of the “largest stabilization of health workers in the history of the national health system since its inception,” as President Pedro Sánchez put it this Sunday, in an interview with ‘El País’.

The measure is part of the reform to reduce temporary work in the public sector. Specifically, the goal of Pedro Sánchez’s executive is to reduce the rate of structural temporary work to below 8 percent throughout Spanish public administrations.

The government reasoned in the text that the selection processes for toilet hiring are “too slow and lengthy, in many cases necessitating the need for temporary provision of vacancies for the time required for effective care”.

“Under these conditions, the use of temporary workers and the leasing of workers has become an organizational alternative, which has ultimately led to an excessive increase in temporary work,” it says in this context.

This new health law stipulates that three years after a temporary health worker has been hired, this position “can only be filled by permanent staff”, with exceptions such as “in the relevant selection process, the relevant position was not filled, in this case one further appointment as provisional statutory staff may be made”.

Furthermore, the interim health worker may, exceptionally, remain in the position he is temporarily occupying “provided that the relevant advertisement has been published within three years from the date of the appointment of the interim”. “In this case, you can stay until the call is resolved without your termination leading to any financial compensation,” explains the board.

The law attempts to limit the hiring out of temporary workers only for “expressly justified reasons of necessity and urgency”. Among them it is stated that an interim to fill vacancies “for a maximum of three years” may be hired as long as “it is not possible” to find a permanent employee.

There will also be interim programs for “temporary programs” not exceeding three years. To shield this matter, the executive branch states that these programs “must not be of a nature that involve the performance of duties or the fulfillment of permanent, routine needs of indefinite duration of health services operations.”

Another case in which the hiring out of temporary workers is permissible is “overrunning or accumulation of tasks” for “maximum nine months within 18 months”. In all of the above cases, after the three years have passed, the law categorically provides that it will be necessary “to process the creation of a structural post in the center’s staff.”

“In those services or units in which such an appointment is made and no new post is created after the expiry of the respective deadlines, no new appointment may be made for a period of two years for the same reason,” reads the Royal Decree-Law.

The law also opens the door to hiring deputies to perform “own functions” of civil servants “during vacation periods, permits, exemptions, and other temporary absences that require the reservation of a seat.”

Likewise for “exemption coverage of guards due to age or illness able to replace up to two people and where with the available staff it has not been possible to cover that emergency and respect the legal limits of the day”.

An interim can also be hired before the reduction in the normal working day of civil servants, “stating the specific person or persons for whom the working day is being supplemented and throughout the relevant period and modality justifying the reduction”.

The law also seeks to ensure that the Autonomous Communities comply with this rule, since the health powers are delegated: “Health administrations are responsible for complying with the provisions contained in the rule and, in particular, they ensure that they avoid any kind due to irregularities in recruitment and Appointment of statutory temporary and substitute staff’.

The executive warns that “irregular actions regarding the appointment of temporary and alternate statutory staff will result in responsibilities expiring in accordance with current regulations in each of the public administrations.”

Likewise, the law provides that failure to meet the maximum tenure of interim health workers “results in financial compensation” equal to “twenty days of their fixed pay per year of service.” .

The text states that the Ministry of Health, with the knowledge of the staff committee in its planning work, will initiate a negotiation process to update the legal regulation within six months, which can be extended.

The law will come into force the day after its publication in the Official Gazette (BOE), which could happen on Wednesday, a day after it was approved by the full government in the Council of Ministers.

However, as a result of the proposed changes, the Executive has given the Autonomous Communities an additional four-month period to “make the appropriate changes in the human resources information systems.”

RESPONSE FROM UNIONS, PROFESSIONALS AND CCAA

The measure has met with both satisfaction and criticism from various sectors, mainly because they feel that it does not address temporality in a crucial way.

On the other hand, General Council of Nursing (CGE) President Florentino Pérez Raya has seen it as positive that the government is taking steps to end temporary health care. “For caregivers who work day, week and short-term on fixed-term contracts, it’s great news that an attempt is finally being made to end the huge precariousness that our healthcare system has brought with it, with workplace instability preventing any kind of family reconciliation and profession for professionals and even any long-term project,” he said.

The health minister of the Autonomous Community of Madrid, Enrique Ruiz Escudero, has accused the government of an “inappropriate appropriation” as it is a “mandate from Europe”. In statements to Onda Madrid, he has argued that the stabilization will be done through a European mandate to the States, responding to Law 20/2021 on the reduction of temporary work. “We are the Autonomous Communities that negotiated,” he assured.

- Advertisement -
Share
Facebook
Twitter
Pinterest
WhatsApp
Previous articleTelefónica increases its logistics footprint by 30% with the pull of e-commerce and new businesses
Next articleBruce Willis: Was he exploited by movie producers while he was sick?