The neurologist who discovered 11 diseases: ‘The brain is still a mystery’ 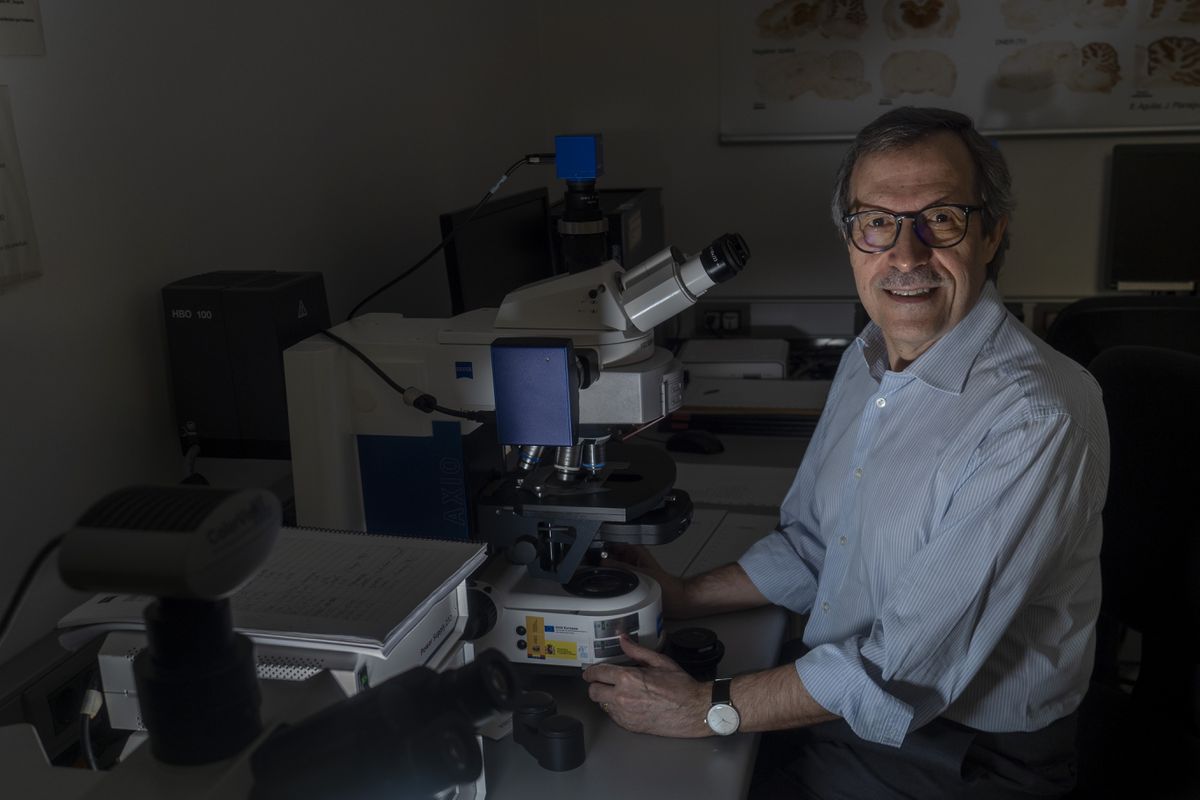 The discovery of a new disease is not very epic, says Josep Dalmau (Sabadell, 68), an ICREA researcher at the August Pi i Sunyer Biomedical Research Institute (IDIBAPS) at the Hospital Clínic de Barcelona and responsible for discovering the first encephalitis in 2007 Autoimmune, an inflammatory disease of the central nervous system. Today, 17 types of this condition have already been described, and 11 of them bear the signature of Dalmau and his team. But the discovery “is not a magical moment, a lightbulb doesn’t suddenly turn on,” says the neurologist. There is a lot of work and the clinical experience that comes from dealing with patients at the bedside.

In his case, he had been seeing strange inflammatory patterns in cancer patients for some time while working as a neuro-oncologist in specialized hospitals in the United States, such as the Memorial Sloan-Kettering Cancer Center in New York. “What happened is that the tumor somehow tricked the immune system. So we started there in the lab looking at these diseases, some of which are very aggressive and quite irreversible,” he says. But it wasn’t until he ended up in more general hospitals, where there were patients of all kinds, that he began to channel his investigations.

The deciding factor, recalls a 26-year-old patient at the University of Pennsylvania Hospital, who was in a coma in the intensive care unit with some kind of inflammatory process in the nervous system with no apparent cause: “There was a series of symptoms in this patient that caught our attention: he was very young; Before reaching this extreme critical care situation, he presented with a picture of psychiatric problems developing suddenly within days; and also this woman had a small benign ovarian tumor called a teratoma. All of these symptoms were identical to those of three other patients who consulted us,” recalls Dalmau. The 26-year-old girl underwent immunotherapy treatments and improved. And they transferred their case and that of the other patients to the lab.

“We found that all four had an antibody that reacted against a very important brain receptor, the glutamate neurotransmitter receptor called NMDA. These antibodies reduce the levels of the receptors. In other words, the neuron doesn’t die, but the connection with other neurons through the so-called synapses and through these neurotransmitters was completely compromised because the receptor levels were severely reduced. And without these receptors there is no communication,” explains the neurologist. Thus a new clinical entity was born: autoimmune encephalitis due to antibodies against the NMDA receptor.

In the last 15 years, another 16 autoimmune encephalitis have been discovered, with very different clinical pictures – including psychiatric problems, epileptic seizures and memory or sleep disorders – but one thing in common: an inflammation of the nervous system caused by certain antibodies that attack different proteins in neurons attack. All of the autoimmune encephalitis described can affect adults and three of them also children – in the case of the first known one against the NMDA receptor, 40% of those affected are pediatric patients. The origin of the discovered autoimmune encephalitides is partly unknown, Dalmau admits, but that they are occasionally triggered by latent tumors or viral processes, for example.

In any case, the doctors would continue to “fill the puzzle” with the questions that still need to be answered, says the neurologist. Starting with the causes of encephalitis already described, to new forms that have yet to be discovered. “My impression is that the most common ones have been discovered, but certainly there are many more, certainly there are extremely rare patients with a clinical picture that is mediated by an immune response against another, unidentified protein. None were known 15 years ago and it would be risky to say now that that is all. Rather the opposite: someone tells me a neuronal surface protein and shortly there will be one or more patients who have an immune response against this protein,” says the physician, who is also a member of the National Academy of Science American Medicine and editor-in-chief of the journal American academy of neurology, neurology, neuroimmunology and neuroinflammation.

Dalmau’s findings have already pushed the boundaries of neurology. In fact, the fact that the clinical picture of the first autoimmune encephalitis appeared with psychiatric problems opened a window for studies in psychiatry on the hypothetical link between some conditions, such as schizophrenia, and autoimmune processes. “They started looking for antibodies in all kinds of psychiatric illnesses, hoping they would be found, but no. That is, a patient who has had a psychiatric illness for years, well, he has a psychiatric illness, period. What is relevant now is that especially in encephalitis against NMDA there is a convergence of very important symptoms: the problem in this encephalitis is an immunological attack against the NMDA receptor, but the current theory of schizophrenia and psychosis is also a change in function these receptors. This inspired a number of studies, but although the clinical picture is sometimes similar, the mechanisms are [de por qué sucede esto] They are different”. You must know them perfectly.

The brain still holds many mysteries, admits the neurologist, who is now more focused on his research work but still saves time to see patients sporadically and frequently go to consultations with other colleagues from the clinic or from other hospitals. “The brain itself is still a mystery, although parts of that mystery are already much better understood: for example, in 1953 nothing was known about where memories were formed, and it seemed like science fiction that we would never know.” . But then, thanks to the work of researcher Brenda Milner, the role of the hippocampus in memory formation was discovered. The progress has been enormous. And now if we’re talking about how consciousness works, that’s the boundary between neuroscience and philosophy, I could say that this will never be known, but of course look at what happened in 1953…” reflects Dalmau.

The doctor speaks of “spectacular advances” in neuroscience and especially in some diseases such as multiple sclerosis. “There has been extraordinary and very rapid progress considering that neurology has been stagnant for almost a century. It has always been said that neurologists are very good doctors at telling exactly where the problem is, but not at solving it. But that is changing and multiple sclerosis is a very clear example: today there are about 17 drugs and some of them with exceptional results in treatment and diagnosis.”

The task at hand, yes, continues to be neurodegenerative diseases. Understanding them from the source and explaining why what’s happening throws specialists upside down, he admits. “Big progress has been made in biomarkers, but not in treatment. We still need to know why primary neurodegenerative processes start, for example in Alzheimer’s or Parkinson’s disease, why it happens, what triggers it… Is it an age-related factor? Obviously there is a factor related to age, but not all people will develop a neurodegenerative process as they age, let alone.”

Understanding how the brain works remains a “fascinating” task, Dalmau smiles from his office in one of the IDIBAPS labs in the heart of the University of Barcelona’s medical faculty: “If it was fascinating when I started, it is now I find neurology to be the most fascinating field of medicine these days.” And he is optimistic about finding a cure for diseases that cannot be eradicated today, such as Alzheimer’s or amyotrophic lateral sclerosis: “It’s a bit like the story of 1953 to repeat. That said, we don’t know exactly when it’s going to happen, in how long that’s going to happen, but of course it’s a matter of pushing research, genetics, the basic mechanisms of these diseases, and as we understand them better, treatments will come out, that solve the problem.”