The nearly 300 Afghan refugees who have arrived in Spain are being housed in refugee centers in Madrid, Zaragoza and Guadalajara 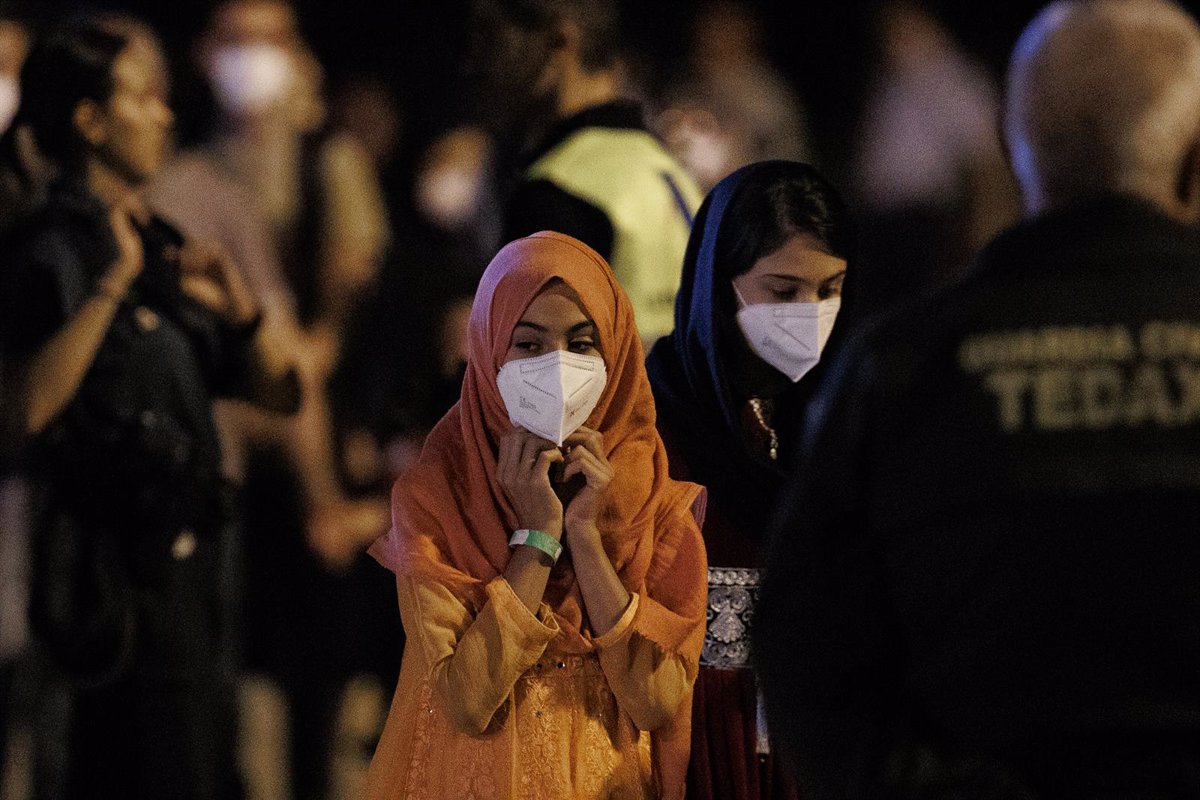 A plane from Pakistan carrying 294 Afghan refugees who have been confined to the country since the Taliban took over Kabul a year ago arrived at Madrid’s Torrejón de Ardoz airbase at around 10:15 p.m. on Wednesday. These people, who were unable to leave their country in Operation 2021 and made their way to Pakistan, will first go to refugee camps in Madrid, Zaragoza and Guadalajara.

It is an evacuation operation that is being carried out thanks to a plane chartered by the Spanish government that left Islamabad, the capital of Pakistan, to arrive in Torrejón this afternoon, according to official sources. The flight was received at the foot of the airbase runway by Minister for Foreign Affairs, EU and Cooperation José Manuel Albares and Secretary of State for Migration Isabel Castro Fernández.

The minister said in statements to the media that the 294 Afghans are mostly “collaborators with both the army and Spanish cooperation” and that they are 14 babies, single women and “people who need special attention”.

Albares has defended that the flight was “further evidence” of the executive’s promise that “no one would be left behind in Afghanistan”. According to estimates, a total of 3,900 people have arrived in Spain to enter the Spanish protection system “and to take part in our lives in a normal way”.

The head of the Foreign Office assured that the executive branch and several ministries have been involved in “discreet and quiet work” to take care of Afghan refugees “for a long time”. “The government speaks with facts and not with words. We will leave no one behind and today I renew that commitment,” announced Albares, who also thanked the Pakistani government for its cooperation.

For his part, the Secretary of State for Migration has indicated that the nearly 300 refugees who arrived in Madrid tonight are joined by a flight from three weeks ago that took in 63 Afghans.

Castro explained that an assessment is now being made of each of the families and their needs, and then, in cooperation with the Interior Ministry, they make the affiliation and “request, if they wish, to be given temporary protection.” their full integration. He also recalled that Spain has 15,000 places in reception centers for refugees and that Afghans go in principle to those in Madrid, Zaragoza and Guadalajara.

Just a year ago, the defense and foreign ministries were directing the evacuation mission from Afghanistan from Kabul Airport. Since the first evacuation flight was organized on August 15, 2021, the Spanish government has carried out three operations – Antigona I, II and III – which, a year ago, have allowed the evacuation of 2,561 people, together with those who arrived on July 21 and this Wednesday would top 2,900.

In parallel with these special operations, the transfer of former employees and other interested persons to Spain, who could reach neighboring countries and countries close to Afghanistan, was promoted. A total of 942 people have obtained international protection under Article 38 of the Asylum Act. These are 314 women, 277 men and 345 children already living in Spain thanks to the work of the Spanish embassies in Islamabad, Tehran, Abu Dhabi, Ankara, New Delhi, Nur-Sultan and Moscow.

Among the almost 3,900 people evacuated by the Spanish government are former direct employees of our presence in Afghanistan, civilian employees from EU and NATO countries and diplomatic personnel whose lives were in danger after the Taliban regime was reinstated in Afghanistan.