The National Police denounces 80 detainees for the demonstrations 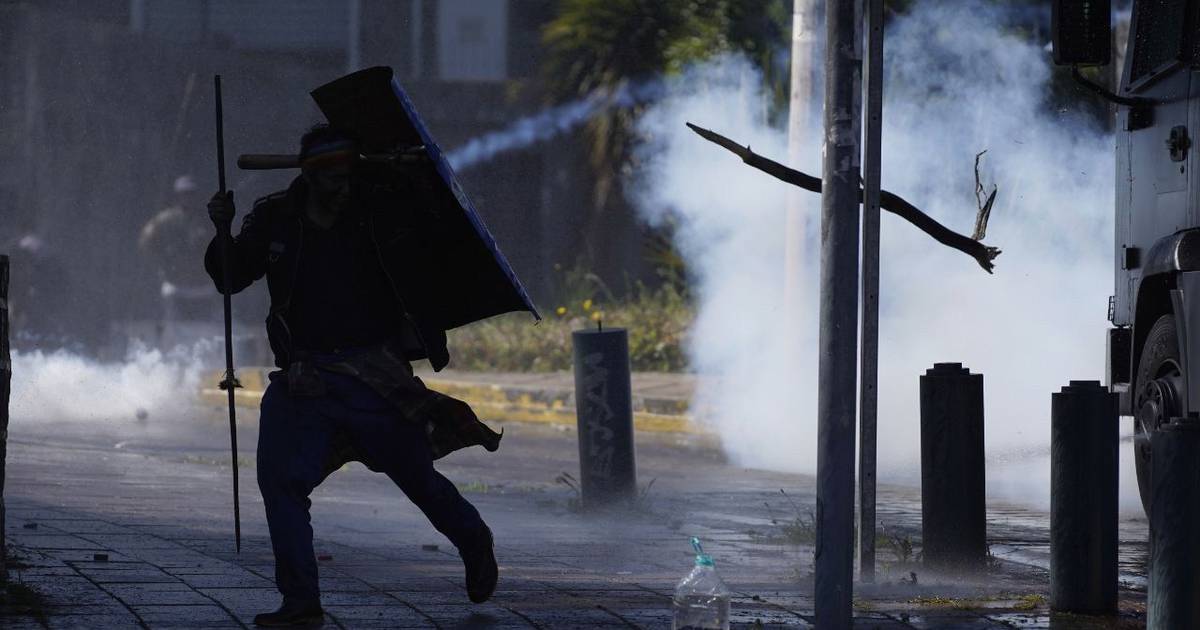 National police said the number of detainees for anti-government protests has risen to 80 after the latest unrest in downtown Quito on Tuesday, where a gun was seized from one of the protesters.

This was stated in a press conference by the general commander of the police, Fausto Salinas, during the assessment of the nine days of protests against the cost of living, a mobilization initially called by the indigenous movement but which has since been added to more social sectors. like students and unions.

The figure of 80 detainees is slightly lower than the 86 mentioned Monday by the Alliance of Organizations for Human Rights, which also denounced the existence of 61 demonstrators injured, including 18 seriously.

THIS IS NOT A PEACEFUL PROTEST, IT IS VANDALISM

We strongly reject these actions which are not the best way to manifest.

Salinas, for his part, said the number of police officers injured has risen to 80, while there are 21 soldiers injured, a dozen of them last week as they tried to defend some oil installations that were supposed to be taken up by a group of protesters in the Amazon.

Similarly, the general commander of the police spoke of “27 police officers kidnappedin different episodes of temporary detention of officers in charge of demonstrators, who generally let them leave after a few hours.

As for material damage, there are 23 police vehicles damaged, including two “completely destroyed by incineration”, according to Salinas.

- Advertisement -
Share
Facebook
Twitter
Pinterest
WhatsApp
Previous article50 years of successes and challenges in UN environmental diplomacy
Next articleEasy to assemble and available in 20 colors, this is the best-selling summer hammock related to Amazon