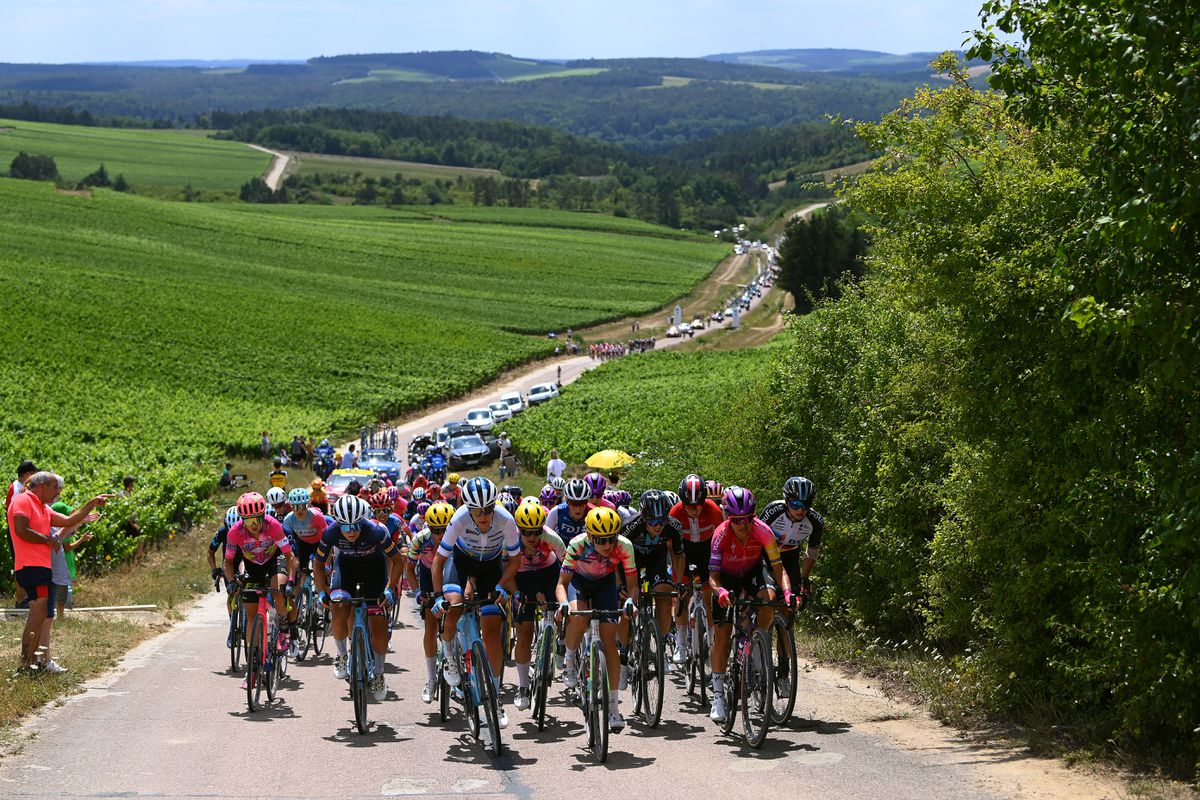 At the finish line, exhausted after six days of non-stop competition, the Mallorcan Mavi García, smiling forever, shared her analysis of the first modern-day Tour de France this Friday: “Now comes the difficult part”. He was right. After stages that are not always flat, rocks and dust included, the final fireworks of the tour begin this Saturday, two high mountain stages to decide who wins the most coveted race, the most dreamed of.

On the way to Le Markstein – a sports resort at 1,183 meters in the heart of the Vosges Mountains in north-western France – the peloton first scales the Grand Ballon: a 13.5-kilometer pass with a halfway grade of 6.7%. That will be before the finish. Before that, the favorites have the opportunity to test their strength at the Petit Ballon (nearly nine kilometers with 8.1%) and the Platzerwaselpass (seven kilometers with 8.3%).

Mavi García has confidently set his sights on the stage this Saturday before the start of the Tour: “There are three tough climbs, one of them very late, but it ends in a wasteland before the finish line. I think it could be a good opportunity for me.”

On Sunday, almost without a break, the race reaches its final day: the finale on the Super Planche des Belles Filles, a breakneck wall of more than seven kilometers with an average gradient of 8.7%; Scene of the first major duel between Jonas Vingegaard and Tadej Pogacar in the latest edition of the Men’s Tour.

Up there on the summit, at an altitude of 1,140 meters, cyclists of the caliber of the young Slovenian Vincenzo Nibali or Chris Froome – all winners of the Tour de France – have already signed up with golden letters. The favorites leave the wreck to compete for the first edition in modern times to fight the Grande Boucle. “I was very happy when I saw these two stages at the end of the route. Grand Ballon and Super Planche des Belles Filles are very hard ports. It will be nice for the viewer. You need a cool head for that,” says Demi Vollering, sixth overall, 1m 11s behind Marianne Vos.

the cannibalThe 35-year-old, yellow jersey since Monday when he got the first of his victories in Provins, is not a climbing specialist but has a not inconsiderable advantage: half a minute on Silvia Persico (Valcar), second, and Katarzyna Niewiadoma (Sram), Third, both at the same time.

Behind is a top-10 full of great climbers and cyclists with enough legs to try their luck in a distant attack: Fourth, Italy’s Elisa Longo Borghini (Trek), 35 seconds behind Vos; Fifth, South Africa’s Ashleigh Moolman-Pasio (SD Worx), just ahead of her partner Demi Vollering; seventh, the top-ranked local, France’s Juliette Labous (DSM), 1:19; eighth, one of the big favourites, Annemiek Van Vleuten (Movistar), youngest winner of the Giro d’Italia, with 1:28 minutes.

Behind them, Cecilie Uttrup Ludwig from Denmark and Elise Chabbey from Switzerland, both more than two minutes away, complete the selection of the big names. Eleventh, penalized by the unfortunate chain of the fourth stage, the best Spaniard, Mavi García, with 2:40 minutes. Sandra Alonso, Classico from Ceratizit, is 33rd with 7:22 minutes. Busy with other duties, Anne Santesteban (Bikeexchange) and Sheyla Gutiérrez (Movistar) close the top-100 more than half an hour after the yellow jersey.