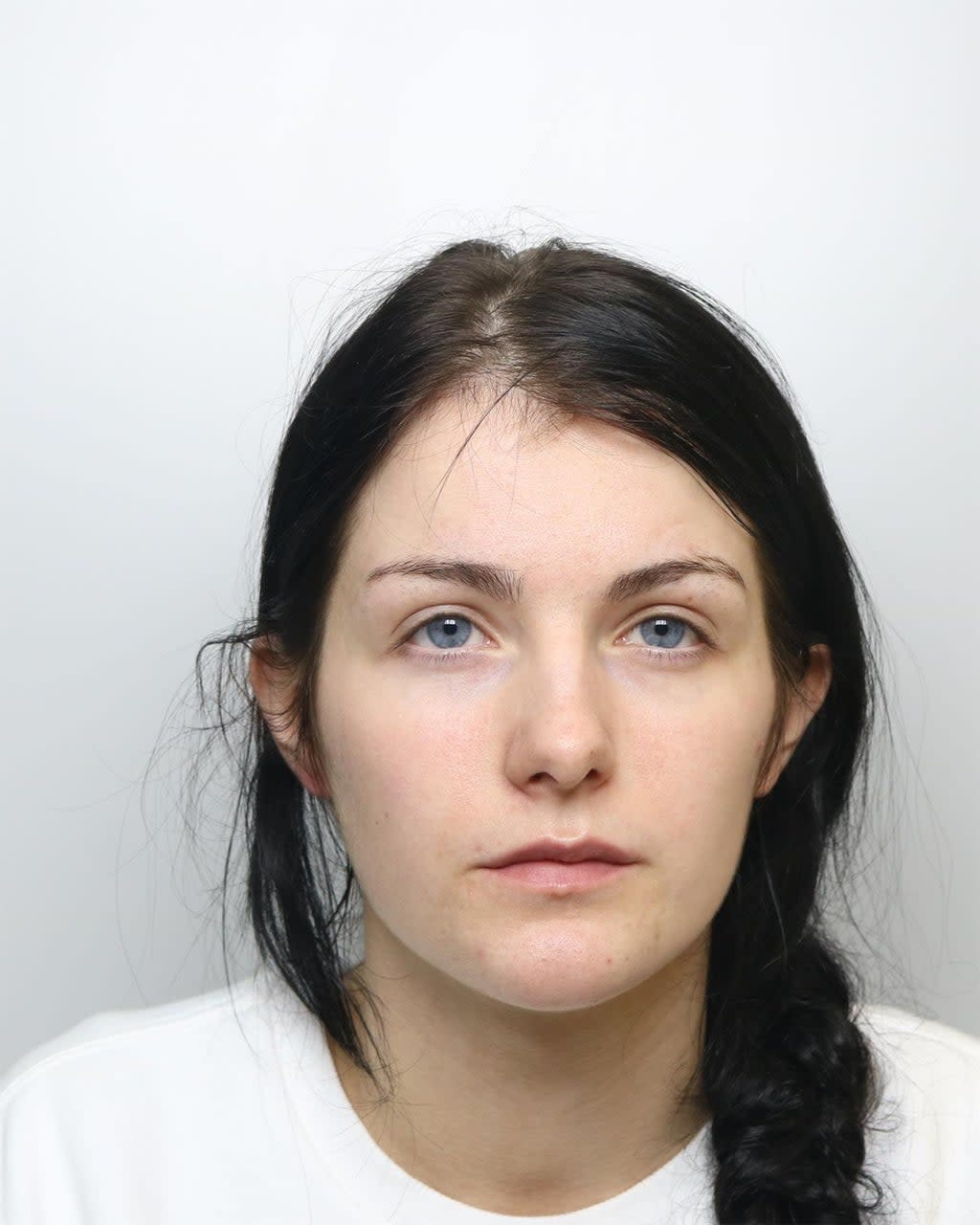 The mother of the murdered girl Star Hobson had her prison sentence increased by four years for causing or allowing the death of the 16-month-old girl.

Frankie Smith, 20, will serve 12 years in prison instead of eight after a hearing in the Court of Appeals.

She was jailed at Bradford Crown Court in December last year for her role in the death of her daughter, who was killed by Smith’s former partner, Savannah Brockhill.

Star died after being taken to the hospital in September 2020, having suffered “totally catastrophic” and “insurmountable” injuries at the hands of Brockhill.

Brockhill, 28, a doorman and security guard, was convicted of Star’s murder and jailed for life with a minimum sentence of 25 years, while Smith was found guilty of causing or allowing her death and received a prison sentence. eight years old.

Smith’s sentence was remanded to the Court of Appeal by the Attorney General’s Office under the improperly lenient sentencing scheme.

On Tuesday, three senior judges increased his sentence to 12 years in prison.

Tom Little QC of the Attorney General’s Office said the original judge had found Smith to be a “careless and cruel father who only had his own interests in mind”.

He argued that there were aggravating parts of Smith’s crime that were not taken into account and that the sentencing judge, Judge Lambert, had wrongly reduced the number of years he should serve.

Little said: “The judge gave more weight to Star’s loss as part of the mitigation…there can be no question about that.”

He added: “This was not a case where the offender was so wracked with guilt and pleaded guilty at the earliest opportunity, remorseful from the start for the loss, to be a significant point in the offender’s favour.”

The attorney said the sentencing judge also failed to address Star’s vulnerability, or the delay of at least 11 minutes in calling 999 after she sustained the fatal injuries.

At trial, prosecutors said the injuries that caused Star’s death involved extensive damage to her abdominal cavity “caused by a severe and forceful blow or blows, whether in the form of a punch, stomp or kick to the abdomen.”

Over several months, the girl also suffered other injuries, including numerous rib fractures, the fracture and refracture of her leg, and a skull fracture.

Zafar Ali QC, for Smith, said it was “simply wrong” to say her client was unrepentant, adding: “She expressly said how sorry she was for his cruelty and neglect.”

She continued: “This case was steeped in domestic violence: Brockwell physically abused her on multiple occasions.”

In written arguments, the attorney said Smith was unaware of the extent of the injuries Brockhill had inflicted on the girl prior to her murder, adding that she was a victim of domestic violence, immature and unintelligent.

Dame Victoria Sharp, sitting with Justice Sweeney and Justice Jeremy Baker, said Star was the victim of “pointless and self-absorbed arguments” between Smith and Brockhill.

She said: “The circumstances of Star’s treatment at the hands of both of them over a long period of time are harrowing and deeply disturbing.

“Star was caught in the crossfire in the relationship between the two women.”

The judges determined that the sentencing judge erred in reducing Smith’s sentence the way he did based on mitigation, including Smith’s loss of his daughter.

“On the facts of this case, where Ms. Smith had treated Star so cruelly… the judge was wrong to identify this as a mitigating feature and then give it the weight that it did.”

Dame Victoria continued: “There was little, if anything, to be said to mitigate.

“In our judgment, no less than a 12-year sentence would serve the justice of this case.”

The judge said that Star was “particularly vulnerable due to her young age” and that “Ms. Smith was clearly in a position of trust”.

Speaking after the trial, Attorney General Suella Braverman QC said: “This is a tragic and extremely disturbing case and my thoughts are with all those who loved Star Hobson.

“This case involved prolonged cruelty and neglect, willful disregard, and a failure to take steps to protect her or seek help before and after her murder.

“No sentence can reverse this tragedy, but I welcome the decision to reflect the seriousness of this crime by increasing the sentence today.”

Last month, Star’s family said she no longer says her killer’s name, instead just referring to her as “the monster.”

Speaking about the events leading up to her niece’s murder, Alicia Szepler said she warned social services and the police that the girl was at risk, but was left with the feeling that “no one was listening to me”.

“The day it happened, I knew it was not an accident. I knew I was right and they should have listened to me,” Szepler told Sky News.