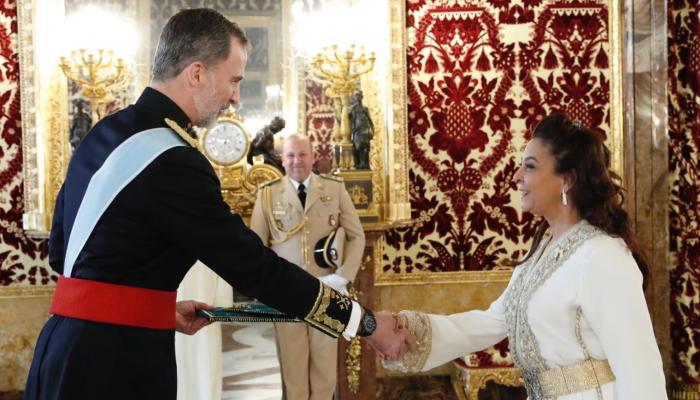 Moroccan-Spanish relations have entered a stage of great progress, reinforced by the return of the ambassador from Rabat to exercise her diplomatic functions in the Spanish capital, Madrid.

And the Spanish news agency “Effi” quoted the Moroccan ambassador in Madrid, Karima Benyaich, the news of his return to work.

Karima Benyaich expressed her satisfaction at returning to Madrid to resume her diplomatic missions there.

In this regard, the Moroccan ambassador said that “it is a great pleasure for me to return to work in Madrid and to be able to strengthen relations between the two countries”.

Spain expressed this Friday its support for the Moroccan proposal on the artificial conflict in the Moroccan Sahara, which is represented in autonomy under Moroccan sovereignty, describing it as “the most serious solution”.

For its part, the Moroccan Ministry of Foreign Affairs valued what it described as “positive positions and constructive commitments” of Spain regarding the Moroccan Sahara file.

The Rabat ambassador returns to Madrid, after being summoned by the Moroccan Foreign Ministry in May last year, in the context of the previous crisis between the two countries.

It is the first time that Spain expresses its explicit and direct support for the Moroccan proposal in relation to the Sahara conflict.

Analysts considered, in previous statements to Al-Ain Al-Akhbar, that this radical change in the Spanish position is a strategic diplomatic advance for the Kingdom of Morocco.

Hassan Balouan, an expert in international relations, confirmed that the Spanish position came to correct a long history of Spanish denial of legitimate Moroccan rights and alignment with the separatist proposal.

He added that Spain was finally convinced to change the rules and regional balances, and defended its strategic interests that cannot be maintained in isolation from Morocco, since it is the exclusive gateway to the African continent, rich in promising resources and disputed by markets. global. powers.