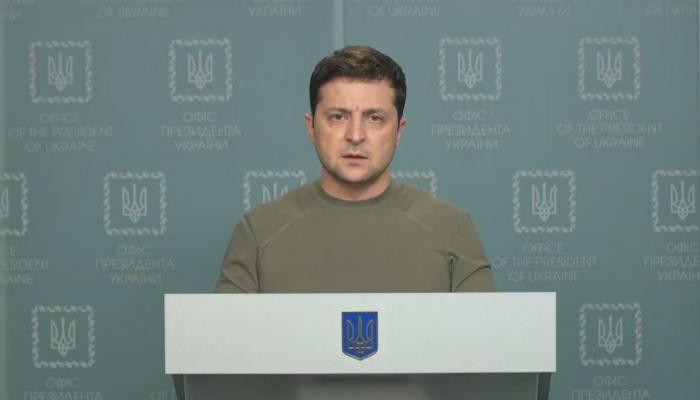 The President of Ukraine, Volodymyr Zelensky, renewed on Monday his demand that NATO impose a no-fly zone over his country, considering that

Refusal to do so will lead to a Russian attack on NATO countries.

“If you don’t close our skies, it will only be a matter of time before Russian missiles land on your territory, on NATO territory,” Zelensky said in a video posted shortly after midnight.

His lawsuit came a day after 35 people were killed and more than 130 wounded when Russian forces launched airstrikes on a military training base outside the western Ukrainian city of Lviv near the border. with Poland, a NATO member.

“Thirty missiles are in the Lviv region alone,” the Ukrainian president continued, adding: “Nothing happened that could threaten the territory of the Russian Federation. It is only 20 kilometers from the NATO border.”

Zelensky recalled that he “clearly warned NATO leaders last year about the outbreak of war if strict precautions were not taken against the Russian Federation.”

Polish General Waldemar Skrzybczak, a former air force commander, had indicated on Sunday that the base was used to train Foreign Legion units, with volunteers coming to Ukraine to fight the Russians. Also, part of the military assistance provided by Western countries to Ukraine since the beginning of the Russian invasion of Ukraine on February 24 arrived at the scene.

Since the start of the Russo-Ukrainian war on February 24, Zelensky has repeatedly called on NATO to implement a no-fly zone over his country.

On the other hand, NATO Secretary General Jens Stoltenberg ruled out the establishment of a no-fly zone over Ukraine, justifying that NATO fighters should not enter Ukrainian airspace, nor NATO forces on the ground. Ukrainian, because that means shooting down Russian planes, which can provoke a full-fledged war in Europe.