The Middle East may be the scene of a military confrontation 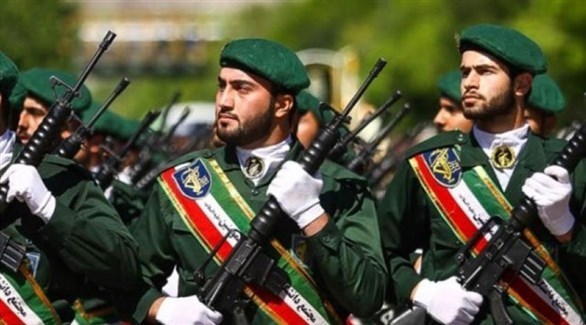 Last week, the official Iranian news agency IRNA reported that the Revolutionary Guards had stopped a network planning to carry out a sabotage operation at the Fordow nuclear facility, without providing details on the number of elements who were arrested or providing information. about public opinion. confessions to those involved in this incident, which Iran claims to have thwarted As a result of careful surveillance and tracking by complicit Israeli enemy figures, and in conjunction with this incident, the Iraqi city of Erbil witnessed an attack by 12 ballistic missiles , followed by the Revolutionary Guards issuing a statement on their website, “Sepah News”, stating that the missile strikes in Erbil in the Kurdistan region targeted an Israeli strategic hub. It is used to harm and conspire against Iran, and denied that this was in response to the martyrdom of two Iranian officers in an Israeli raid in southern Damascus.

Amid what is happening in Ukraine, Iran wants to seize the opportunity and create some tension in the Middle East region, and send strong messages to Israel, the Gulf states and the United States that Iran can destabilize the security of the region. . and divert attention from Ukraine to the Middle East region, and he knows it perfectly well. The United States is interested in defusing tension at this delicate time when energy markets are seeing an upward curve. It is not in the interest of the great powers to continue, which asks that things remain as they are and that they not be drawn into the ploy of Iran, which intends to accelerate the pace of escalation with Israel, especially because it wants to obstruct the agreement.

To confirm that Iran wants to continue the tension in the region, he quickly announced the suspension of the talks with Saudi Arabia, two days before the holding of a new round of negotiations, a message with the same implications that he sent to Israel, insinuating what could happen if the nuclear deal fails Erbil is not only a message to the Americans, but also a warning to Baghdad, along with the election of a new president for Iraq, that thinking about harming Iran’s interests in Iraq will open the door to Hell to the Iraqi regime.

Russia plays on both strings in its relationship with Iran, and places the Iranian nuclear agreement in the balance of barter with the West, when the nuclear negotiations entered their most difficult phase after its demands that it be exempted from sanctions, like any other country participating in those negotiations, in case an agreement is reached with Tehran that restores Reviving the previous agreement signed in 2015 with the great powers.

This is what provokes the Iranians, who feel that things are going according to Russian interests and not according to common interests, but are unable to show their discomfort with Russia, which avoids and pretends that the nuclear agreement is in its last steps.

Iran also plays on both strings, since it is not able to turn its back on the Russians because they are a strategic ally and partner of interests within Syria, and at the same time, it is not willing to miss the opportunity to benefit. of the West’s need for its oil imposed by the conditions of the world oil market and the refusal of the Gulf states to increase production calls for an alliance even with the devil to save what can be saved from the popularity of Biden and the European leaders, but Israel takes a contrary view to that of the West and has struck Iran again and again, but this time with precise strikes and in the backyard of its nuclear reactors.

The United States may turn its back on Israel temporarily, because it is forced to move forward with a nuclear deal with Iran, but it will make the situation in the Middle East above the crater of a volcano, especially since Israel is forced to open a front to flex its muscles against Iran. The question is: Will Israel attack Iran directly or will it target its allies in the region?