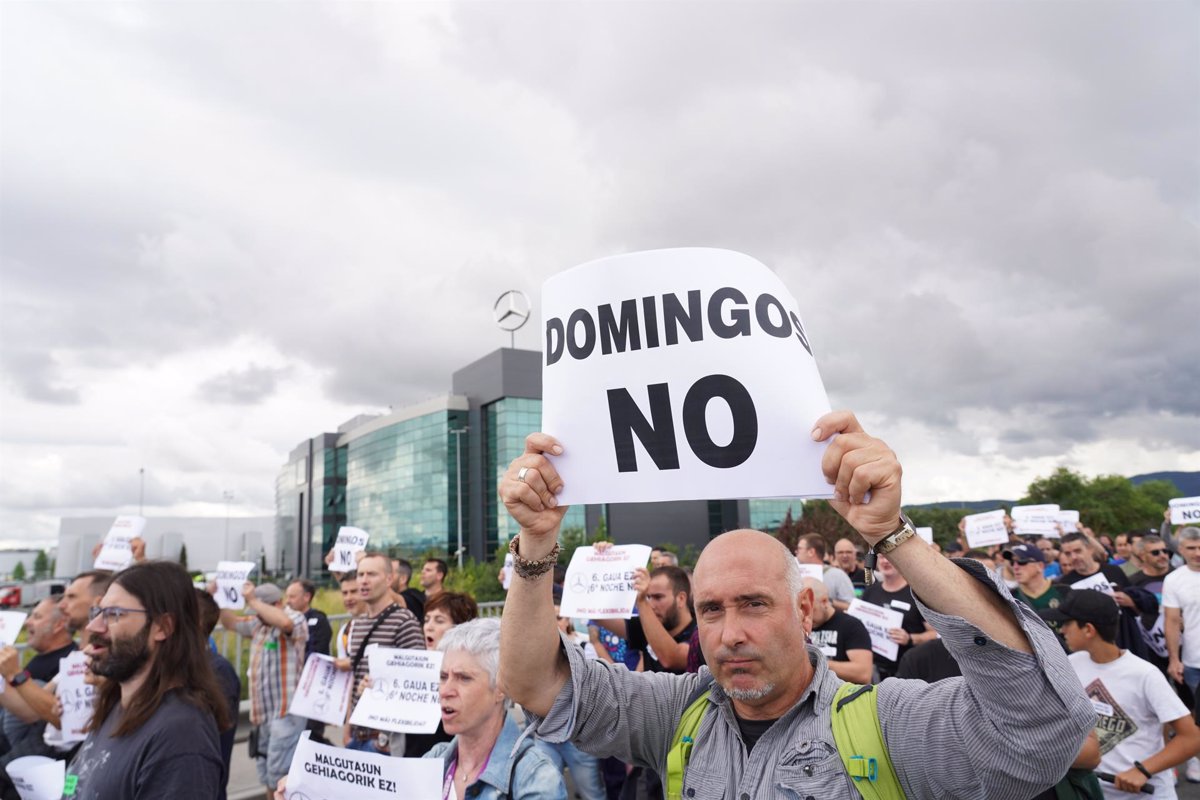 The works council of the Mercedes-Benz Vitoria-Gasteiz plant wants to decide this Tuesday, after a meeting with the plant management, whether to join the ELA, LAB and ESK strike calls for Thursday and Friday, which would be added to the strike planned for Thursday tomorrow, which already has the approval of the whole committee.

The representation of interests of the Mercedes-Benz factory workforce (consisting of ELA, LAB, ESK, CC.OO., UGT, Ekintza and PIM) wanted to decide yesterday whether they support the call for strikes by ELA, LAB, ESK for Thursday and Friday.

Indeed, and as reported by the spokesman for CC.OO Europa Press. In the committee, Roberto Pastor, the decision has been postponed until today to know what the management proposes to them in the meeting that both parties will hold later in the day.

“A LEAP” IN THE NEGOTIATION

Pastor has expressed his hope that “once progress has been made on some aspects”, those responsible at the Alava plant will be ready to take a “leap” on issues such as flexibility, giving employees an opportunity to reflect she “enough”.

Mercedes-Benz unions have reactivated their mobilizations after learning that the company intends to make an investment of more than 1,200 million euros in the plant conditional on the workforce accepting an increase in their working flexibility.

Likewise, some of the trade union organizations represented on the committee have warned that those in charge of the multinational also want to link this investment to a cut in workers’ salaries.